When it comes to the movie industry, Hollywood is a beast. It’s making the better half of the most commercially-successful releases in the world, and all the big titles come from the US. However, after you check out our TOP 10 best new Foreign movies 2018, you’ll realize that America is not the only one who knows how to shoot a film.

So, today we’ll take a look at what next year will bring in terms of the “foreign gems”. Get ready for a whole bunch of fresh and unique plots, characters, and messages. Ok, without further ado, it’s time to see what the rest of the globe has to offer.

If you’re familiar with the French and the Austrian industries, then you might already know that the folks over there are big fans of dramas. This Rated R masterpiece follows the life of a regular family living in Calais. The story is set in the modern-day world and is focused on the refugee crisis that has taken over the European continent by storm. It serves both as the backdrop and the backbone of the movie. If you appreciate thought-provoking titles that talk about real-world problems and offer a solution, then you should check Happy End out. 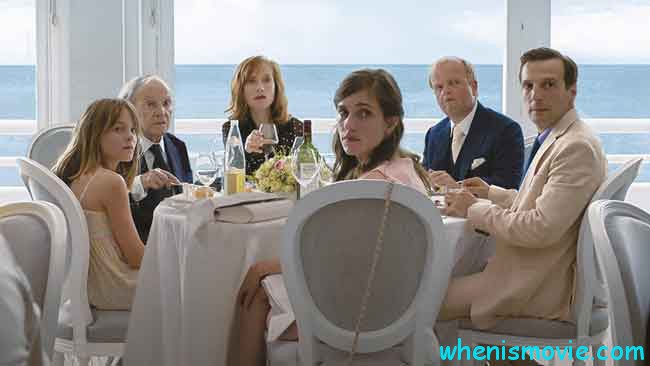 Israel is known for its unique vision when it comes to films. Foxtrot is coming to the US next year and is shaping up to be quite a crowd-pleaser. Well, the critics certainly did love it at the festivals. What can a family do when they learn their one and only son could be dead?

Is there a chance for them to save him, or are they destined to wait at home praying for the best? The man is a soldier, ready to protect his country at all cost. Still, he’s got another responsibility – to go back to his loved ones and to take care of them. Put Foxtrot on the list of best Foreign movies 2018 is you love realistic plots and top-notch acting.

Chris is a stand-up guy. Even though he’s divorced, the man’s ready to do whatever it takes to put a smile on his kids’ faces. He’s curating a flourishing museum and prefers to drive electric vehicles in order not to harm the nature. He’s working on a brand-new show that aims at reminding random folks on the streets that humanity needs to come together and face the challenges of the modern-day world. However, Christian goes crazy after someone steals his phone and almost destroys his impeccable reputation.

The South Koreans are slowly, but steadily turning into one of the best film-makers out there. They know how to amaze, excite, thrill and touch a human being’s heart and mind. A Taxi Driver is the story of a regular cab driver who gets into a lot of trouble for the sake of money. A man from Germany is ready to pay 100K won if he manages to take him from the capital to Gwangju and back before time runs out.

With that kind of money, he’ll be able to pay his rent for a couple of months. Upon arrival, they end up in the middle of a full-scale demonstration. Soon, the situation escalates, and the driver starts to regret his choice. Of the TOP 10 best recent Foreign movies, A Taxi Driver is a stand-out cut and a must-see.

This heart-wrenching Russian drama is rated 18+; so, make sure to keep your kids away from the screen. Boris and his wife are finally ready for a divorce. They’re technically still together but are already living their separate lives. Obviously, all these changes are taking their toll on the family, including their son. When he disappears into thin air without leaving a single trace behind, his parents join forces in a desperate attempt to find him and bring the boy back home safe and sound. They won’t be able to forgive themselves if something happens to the kid.

Welcome to Switzerland, ladies, and gentlemen. It’s 1971, and Nora, a beautiful woman, is enjoying life in a tiny townlet with her family – a husband and two kids. Back in ’68, a huge movement shook the entire country, but this village lives by the old rules. So, the lives of these folks are still the same.

Nora herself is a quiet, noble, well-respected member of the society. Every single person out there loves her. However, that all changes when she decides to stand up for women, their right to vote and to be equal to men. Definitely, one of the TOP 10 best Foreign movies of 2018 to watch. The Divine Order depicts all the obstacles that the ladies had to overcome in order to make men recognize them as equals.

Katja, the main character of this thought-provoking German drama, used to be one of the happiest people on planet Earth. She had a lovely family and a great future. After she lost both her man and her child in a horrifying terrorist attack, everything changed. The woman took her time to mourn and to grief. And now she’s got only one thing on her mind – revenge. But what can a single woman do against the attackers? How will she be able to track them down and bring the criminals to justice? Diane Kruger, the gorgeous international superstar, did a marvelous job with the lead role.

Have you ever been to Chile? It’s a beautiful country, and the people there are amazing. As it turns out, they can also shoot great movies. Marina is just a regular waitress who’s found her happiness with an older man. She likes to sing to earn some additional money. Marina is in love with a fella who’s almost twice her age; they’ve got a beautiful future ahead of themselves.

Unfortunately, her lover falls ill and passes away, leaving her one-on-one with the scary, brutal reality. It seems like the whole world turns against her, including his family. The poor woman is left with no other choice but to fight to show who she really is. Of the TOP 10 best modern Foreign films 2018, this one deserves the highest praise.

Bibi is a passionate racing driver, a girl who comes from a wealthy, powerful and influential family. Gigi, on the other hand, is a gangsta, a modern-day bad boy. It took then one look into each other’s eyes to fall in love. Their affair is wild, Earth-scorching, unconditional and feisty. However, the man is hiding a huge secret that has the potential of ruining them both. If these young people want to be together for the rest of their lives, they’ll have to fight prejudice, hate, their own flaws and fate itself.

120 BPM is the average human being’s heart rate. The heroes of this insightful, thought-provoking and uplifting film are consumed with the idea of making folks pay more attention to AIDS. The story is set in 1990, and while the disease has already taken the lives of numerous innocent men and women, people are still indifferent to this problem.

Nathan, the main character, joins a group of activists in France that are doing everything in their power to raise public awareness. They are young, striving men and women trying to make a difference and find their place in the ever-changing and ever-growing world. Ok, now you know what is the best Foreign movies in 2018!