German movie, of course, is not only profound quotes from German classics and black and white reflections on good and evil, truth and untruth but alsothe hidden message that every director wants to put in the film. Today we want to talk about German films you should watch. For this, we have collected TOP 10 best German movies to watch.

We will begin, as usual, at the very end. 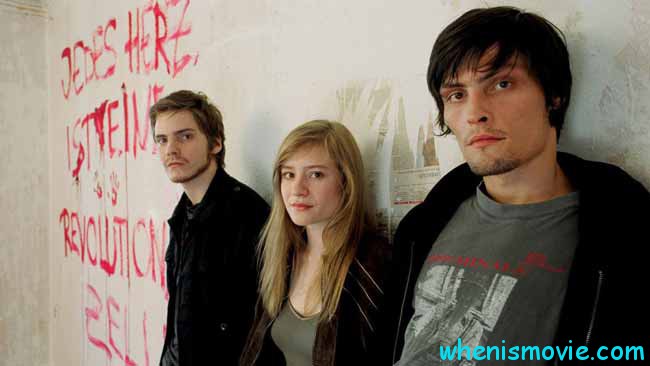 The young man, his friend and their beloved girlbecame victims of a monstrous experiment carried out by a certain Dr. Caligari. By the hands of submissive power of a somnambulist boy, he committed cruel murders…

“Caligari” is considered the first real horror film and the first example of German expressionism on film, the visual style of which presupposed the presence of not only crazy characters, but also a crazy world.

The action of the dramatic film begins in the late 60s of the 20th century in the FRG and tells of the struggle of young people against US policy, as well as the birth of the Red Army Faction. The war with Vietnam led to mass protests around the world, young people took to the streets to call on politicians for peace. German youth did not become an exception.

Seeing the inactivity of politicians and big businessmen, young guys Ulrike Meinhof, Andreas Baader, Gudrun Ensslin as well as their supporters base the Red Army Faction, the activity of which is aimed at fighting officials, politicians and influential businessmen of the FRG who support the wrong US policy.

A strange journey, a strange encounter is in the TOP 10 best modern German films.

Fate, as you know, is capricious, and is capable of giving us amazing surprises, and taking them out in the most cowardly way. One of the main characters of this film is hopelessly tired of walking along the rough life road, and now finds his happiness in oblivion in one of the Hamburg brothels. However, by the strangest whim of fate, he was destined to meet a woman and love her. The son of the hero is not inclined to accept the strange choice of his eccentric parent, and only after the death of the wife, the protagonist goes in search of his unexpected love. A strange journey, a strange encounter … It is the fate, is not it?

In the plot of the dramatic thriller is the officer of the GDR security ministry Gerd Wiesler. He is instructed to set up surveillance and find evidence against the playwright Dreyman and Christa-Maria Sieland, suspected of cooperation with East Germany. Devoted to the idea and his country, Wiesler perfectly copes with the work entrusted and reports all the observations to his superiors. But as he watches Dreyman’s house, Wiesler more and more recognizes this person as a person, goes deeper in his world – the world of truth, justice, and freedom.

He begins to sympathize with Dreyman and his bravery in writing a scandalous article on suicides in the GDR, which were kept in secret. Wiesler more and more conceals, shields the playwright and even tries to save him during a search, the purpose of which is to find a typewriter on which the text of the article was typed. However, Wiesler is part of the system, a cog in a huge and influential machine that, if desired, destroys it and replaces it with another.

The film tells about the fate of the Munich student anti-fascist, who was executed following decisions made by Nazi court. The action takes place in February 1943. Representatives of the student resistance movement distribute leaflets in the building of the University of Munich. On February 18, Sophie and her brother Hans are arrested. From that moment, they have six days to live. During all this time Sophie’s interrogations in the Gestapo are turn into a tense psychological duel. The girl lies and denies, but when there are irrefutable proofs of her guilt, in a desperate attempt to protect the brother and other members of the movement, Sophie takes all the blame, thereby signing a death sentence.

The middle of the TOP 10 best German movies for all time.

The main characters of the criminal drama are young, radical, cynical guys Jan and Peter. Surviving the most beautiful and most dangerous time of youth, which is filled with heightened curiosity, recklessness, maximalism and movement against the system, the guys are doing their little revolution. Jan and Peter chose houses of wealthy peopleas victims, in which they turn everything upside down. At the same time, friends do not steal anything and leave all money in their homes.

Only a small note from the educators reflects their ideas and concepts to a large extent, puts forward a protest against capitalism. In the absence of Peter, Jan is sent to another task with his girlfriend Jule. Having climbed into the house of the wealthy owner, the guys are made to create a mess, and Jule discovers that the house belongs to a person to whom she owes a lot of money because of the car accident.

German melodrama talks about a girl from Turkey who grew up in Hamburg. Self-willed temper and love of life does not allow her to be a faithful Muslim girl. Therefore, she comes up with the idea of ​​a a fake marriage with a fellow countryman in order to get rid of parental control.

The choice of the girl falls on Cahit. He is 40 years old, lives in Germany, struggles with the past. His wife died, and Cahit started using drugs and alcohol. With Sibel, the met in the hospital after attempted suicide.

April 1945. Soviet troops encircle the capital of the Third Reich – Berlin. The Nazi elite finds themselves in confinement and is looking for salvation in a secret bunker. They are in the face of imminent defeat, but still they do not want to leave the Fuhrer, who was mad with fury. Hitler rejects proposals to escape, and he argues that the victory is close, we just have to wait out this difficult moment. He orders to defeat Germany and ponders the details of his own suicide. The last refuge of ruthless executioners is permeated with fear and agony.

The main protagonist of the film is Frank Lehmann. He is the owner of one of the bars. In his spare time, Frank spends with best friend, Carl who is the owner of the nearby diner. Once, when he came to the bar to his friend, Frank met a charming Katrin.

The leader of the TOP 10 best German movies for families.

The events of the feature film begin in 1938 in Germany. Fleeing from a ruthless war, a young woman, Jettel, leaves the country with her little daughter Regina and travels to a distant and unknown Africa, where her beloved husband Walter is waiting. In Kenya, the family is waiting for life in a remote village in the midst of a hot savannah. After a comfortable life in Europe, life in Africa is extremely difficult.

Hope you found the answer to the question – what is the best German movies?