The world under the sea and the ocean has always being a good plot to represent in a movie, as well as animated film. Moreover, we all know the franchise “Finding Nemo” – for some generations this might be the first time when they introduced themselves to the world of the ocean in the actual film.

But have you ever wondered whether there are some really good movies connected to the ocean from the different perspectives? We are representing the list of TOP 10 best Ocean movies for all time to watch with friends and family.

Best movies about the ocean’s strength and spirit 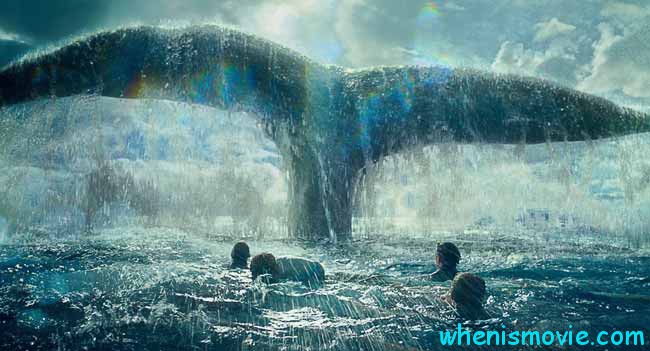 This is well-known Australian horror that came out in 2010. In fact, the screenplay was based on the events that happened to real people – the story focuses on the group of individuals that go sailing on a yacht around Indonesia. At the beginning they enjoy their ocean journey but soon they are heading on to Indonesia – the group must go through beautiful coral reef on the way there but suddenly the keel of their yacht is destroyed by the part of the reef which makes the whole yacht capsize. They realize that it will soon sink so they make a decision to leave it and swim to the closest island. No sooner had the journey begun than they accidentally found the carcass of turtle that may have had its head eaten by a bigger animal. Afterward, they realize they are hunted by a white shark circling around them.

The ninth position from TOP 10 best Ocean movies for families belongs to American biographical movie retelling the story of a vessel for fishing – it was lost in the sea in 1991. The film stars George Clooney and Mark Wahlberg. The movie itself also focuses on the events before the disaster – the Andrea Gail is on its way back to the port. Apparently, the fishermen had a poor catch so the captain convinces the crew to start new expedition again even though it is too late in the evening. On the dangerous journey, the special machine full of ice for the caught fish suddenly breaks so the crew is convinced they have to return in order to save as many caught fish as possible. But they only underestimate the situation as on the way back the storm gets even bigger. According to the checked information, the real people from the boat are all lost in the ocean without any signs of them having survived the incident.

Indeed, Tom Hanks perfectly portrayed his character being all alone on the island due to the incident that had happened before. The character of Hanks is a successful employee of FedEx. Whilst being on the airplane to Malaysia, the plane should fly through the violent storm and, subsequently, it crashes. The pilot dies and luckily, the employee survives but he doesn’t expect what he is going to come through whilst living on the desert island. According to the interesting facts of the movie, it says that the screenwriter himself had to stay on the island for some researches for the play. Moreover, the main actor himself nearly died on the set of the movie as his leg got cut and infected.

Another great movie that has got the connection with the ocean is “Waterworld” being in the seventh position of the list of best Ocean movies. The movie came out in 1995 but it is still very popular among the fans of Kevin Costner. It follows the story of the mariner that reunites with the guardian of the girl that apparently has a tattoo on her back leading to the Dryland. The reason why people are so obsessed with finding the island is that because many years ago in the 21st-century polar ice caps suddenly started melting and, afterward, covered all the continents on Earth making people leave and survive at the ocean.

6th place. In the Heart of the Sea

The story begins in 1850 but then returns to 1820 when the actual event happened. It focuses on the story of a whaling company recreating the whaleship known as Essex. They hire the veteran whaler named Owen but it doesn’t seem like they see a captain in him even though he has perfect skills of leading the crew. Instead, the captain became a mariner without any experience who appears to be very envious of Owen. Both had a conflict that leads to the situation when the whole crew is forced to sail into the dangerous storm. After killing just one whale and continuing the journey, they realize there are no whales anymore. Suddenly, they get attacked by a massive sperm whale that destroys the ship and leaves lots of damages.

1998 movie starring Dustin Hoffman alongside such actors as Samuel L. Jackson and Sharon Stone. The fifth film project from the TOP 10 best Ocean movies to watch was based on the novel having the same name. It represents the story of a team of experts that are heading on to the Habitat aiming to investigate a spacecraft being on the bottom of the ocean. It is estimated that it might have been there for almost 300 years and apparently belongs to the aliens. Afterward, alongside other members of the crew, the scientists discover a set of messages coming from “Jerry” – an intelligence of aliens. It seems to be inside the sphere the crew had found before. Later on, it unexpectedly relives all the fears of the crew and only three of them will manage to survive.

4th place. Master and Commander: The Far Side of the World

This is the story taking place during the Napoleonic Wars, the film focuses on the character portrayed by Russell Crowe being the captain of Her Majesty’s Ship named Surprise. In fact, he is ordered to destroy the ship that belongs to French army – Acheron. But Surprise had been attacked before it found the French ship. Despite the fact there are lots of victims, dead people and the ones who survived seems to be very tired alongside the ship having huge damages, the captain of Surprise makes a decision to follow the French Acheron and destroy it.

The movie represents the story of a submarine coming originally from the United States that makes a decision to sink in the Caribbean before Soviet ships coming to investigate the spot. The project from the TOP 10 best modern Ocean films is directed by James Cameron and focuses on the dangerous story of the crew that tries to save the oil platform – but the deeper they get into the ocean, the more mysterious things they discover alongside which is the intelligence that doesn’t belong to Earth.

The movie follows American and German submarines during the Second World War. The boat that belongs to Germans is damaged after being attacked by British warship known as destroyer. Meanwhile, Americans try to come up with the plan of how to steal the Enigma machine and sink the boat. In fact, Enigma device allows Germans to keep in secret the location of their boats.

1st place. Ghosts of the Abyss

Trying to find out what is the best Ocean movies, people may forget about the documentaries being also a good option to watch with the family. The documentary film taking the leading position on the list is directed by James Cameron with the support of Walt Disney Pictures. The team of scientists, filmmakers go under the water to explore well-known ship Titanic trying to figure out – what is it like to be on such ship right before the disaster? Whilst being aboard Russian vessel known as Akademik Mstislav Keldysh and use best cameras and safe boats to sink deeper into the ocean and reveal never seen before pictures of the tragic British liner. This documentary movie is also known under the title Titanic 3D.