Movies about travel cause a desire to book tickets and go on a trip.

To inspire you to your odyssey, we have collected 10 best travel films and put them into TOP 10 best Travel movies to watch.

Be careful – you can begin to collect the backpack right after watching. 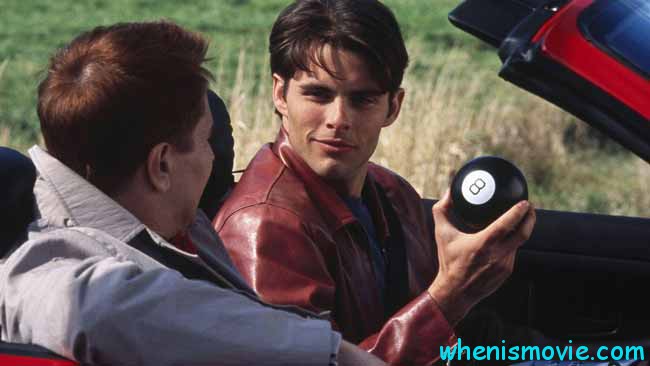 Elizabeth has been living a family life for many years but without children. And who knows, for better or not, after all, one day she realizes that nothing holding hertogether with her husband, at work, in her city in which she lives.

Taking a decisive step, Elizabeth discovers a whole world full of joy, sorrow, love and spiritual wealth. Travel has found its completion on the beautiful coast of Bali. There she found her love again.

Tokyo is one of the brightest cities, where life goes round the clock. The pace of this advanced metropolis truly frightens ordinary tourists. American television actor Bob Harris flew to Tokyo to participate in advertising shootings. Without familiar faces, knowledge of the language, he feels lost and alone in this huge city.

Once, in the hotel bar, where Bob stopped, he meets a young American Charlotte. Together with Charlotte, Bob goes on an exciting journey-a tour of the city. They have fun and increasingly feel sympathy for each other.

The film is an Oscar winner for the original script, winner of 3 BAFTA awards, 3 Golden Globe awards, and prizes at the Venice Film Festival.

The cycle of birth and death is in the TOP 10 best modern Travel films.

The documentary is a real triumph of cinema, as it was completely shot on 70-millimeter film, which over the past forty years almost no director has done. In translation from Sanskrit“samsara” means the cycle of birth and death – the wheel of life, repeated an innumerable number of times until the soul finds a way to liberation.

Filming took place over five years in twenty-five countries around the world. This allows the viewer to make an exciting trip to the most beautiful and amazing corners of our planet, as well as gets acquainted with natural wonders, places of natural disasters and large industrial objects that reflect modern rhythms and life cycles.

The plot of the feature film tells about a young married couple who came to the French capital from the US on business. The city fascinates Gila Pender, he dreams to find inspiration for writing a book, and his wife Inez wants to entertain and visit various interesting places. Interests diverge, but lucky for Gil they meet acquaintances who share interests with Inez, together they have fun in restaurants and nightclubs.

Meanwhile, Gil walks around the capital, wanders through narrow streets, until one day he gets to Paris of the 1920s. Caught in another time, full of talented people from the art world, geniuses, and stars, Gil meets with his idols: Ernest Hemingway, Salvador Dali, the Fitzgerald family, and also enjoys the Picasso muse – Adriana. Midnight in Paris is becoming the most favorite time for Gil, and the atmosphere of the 1920s is increasingly captivating.

In the plot of the feature film, the young Danish Baroness Karen arrives in Kenya to set up a farm together with her husband Baron Bror. However, things are not going well for the spouse and he buys a coffee plantation in order to improve his financial situation. Instead of planting the plantation, Bror prefers to hunt. In the meantime, Karen gets acquainted with one of the hunters – an attractive man Denis. Soon, between Karen and Denis, passion and strong feelings break out, but it’s impossible to change the habits and way of life of Denis.

Being a professional hunter he has got used to simple life among nature, has got used to local tribes and perceives people exactly as they are, while Karen tries to change the people of Africa. Will Karen be able to remain happy with a loved one whose freedom is most precious to him?

The film was awarded 7 Oscars, 3 Golden Globe Awards, 3 BAFTA Awards, as well as the National Council of Film Critics USA Award. The main roles in the film were played by the legendary actress Meryl Streep and Robert Redford.

Thor Heyerdahlis in the TOP 10 best Travel movies for all time.

An adventure historical film is dedicated to the famous Norwegian traveler and anthropologist Thor Heyerdahl, whose expedition on the waters of the Pacific Ocean, done in 1947, went down in history as a real feat. On a small raft of balsa logs, called Kon-Tiki,Thor Heyerdahl is going to go on a journey across the Pacific to prove that Peruvians were the first inhabitants of Polynesia, as well as to show the world that human possibilities are limitless.

Ahead of Heyerdahl and several travelers who travel with him, they wait for about five thousand miles from the coast of South America to the coast of Polynesia. Travelers have to go through many problems: a strong storm, attacks of sharks, scorching sun, loss of faith, as well as show strength and endurance to carry out the plans and become heroes.

The main character of the feature film is the ordinary, modest and unremarkable middle-aged man Walter Mitty who works in the popular “Life” magazine, but he lives a sad life without any interesting incidents. His work is boring and monotonous and the only thing that pleases Walter – an attractive colleague Cheryl, with whom he wants to be but he can’t because of his shyness. Walter tends to dream a lot and in his head, he makes amazing trips and also presents himself as a superhero, but in life, he never did anything unusual.

Walter needs to find the missing photograph of the famous traveler Sean O’Connell to release the final issue of the magazine in paper form. But it’s much easier to find Sean himself than the photo. Going to search for O’Connell, Walter did not even suspect that this trip would be the most exciting for him, and would also turn his entire life upside down.

Scott Thomas starts a friend by correspondence living in Germany. But it soon becomes clear that the friend Micky is a charming girl who does not mind seeing her new American friend live. Immediately after the final exams, Thomas takes with him a few closest friends and flies to Europe. In Europe, he is waiting for an interesting, albeit troubled journey from London, through Amsterdam and Paris, to Berlin…

Hitman Ray, while performing his first assignment in London, accidentally kills a boy. After the incident, along with his senior colleague Ken, their boss Harry sends them to Bruges, where they should expect further instructions. Once in an old Belgian town, Ken enjoys life and gets to know local sights, while Ray is riddled with guilt. To have some change from heavy thoughts, Ray gets to know the local beauty, Chloe.

The leader of the TOP 10 best Travel movies for families.

Neal is quite happy with his life: he has prospective parents, a pretty bride and a brilliant career as a lawyer.

But more recently, at night, he began to dream of a mysterious girl, whom he cannot get out of his head.

Hope you find the answer to the question – what is the best Travel movies?