Hands down, Pixar is one of the biggest and the greatest companies in the world that create top-notch animated movies. They’ve got the necessary funding, creative minds, and resources to deliver awesome experiences to the audience. Today we’ll take a look at the TOP 10 best Pixar movies for all time.

Funny, uplifting, entertaining and thought-provoking, they’re perfect for a nice family time with your kids. We’re sure you’ve got some of your own favorites, and you can share those in the comments section. Ok, let’s see what the famed mogul has in stores for us.

This is one of the most commercially-successful releases in the world. And, it most certainly does deserve all the credit. Welcome to Scotland during the Medieval Era. Merida is a princess, a royal lady with absolutely no love for all that “luxurious crap”. She’s all about hunting down animals and perfecting her bow-and-arrow skills. One day, she makes a wrong decision that puts her in quite a pickle. So, in order to make everything right, the girl will have to put those skills to use and find a way to reverse the damage that has already been done to her home.

McQueen is a legendary driver. On his way to a brand-new world-class competition, he accidentally messes up the road of a tiny village in the middle of the American desert. The locals make him stay and repair it. If the racer wants to make it before it’s too late, he’ll have to work harder than ever and earn the trust of the small-town folks. Along the way, he learns many valuable life lessons and even falls in love with the most dashing lady-car out there. Of the TOP 10 best Pixar movies for families, we’d recommend checking Cars out.

Remy is a bright, brisk, overzealous rat with one goal: to become a chef and prove to the whole world that a rodent can and should have a place among the best cooks. But, if he’s serious about a profession that his family despises, he’ll have to create a true masterpiece.

Besides, it’s no secret that the chefs hate rats. Yes, this is going to be the hardest task in his life, but Remy is confident that he’s got what it takes to turn his dreams into a reality. He finds himself in the sewers of the city of love right beneath a prestigious restaurant. It’s time for him to act – it’s now or never…

Ask yourself: what would the world be like if the asteroids never attacked planet Earth and dinosaurs had a chance to live side-by-side with mankind? Arlo, a big, yet kind dino, is best friends with a human. He’ll have to make his way through a dangerous terrain and find a place where he belongs. Along the way, the dinosaur will learn what it truly means to be brave and to confront your own fears, doubts, and insecurities. Put this film on the list of best Pixar movies to watch if dinosaurs are your thing.

Riley is having a hard time growing up, and when her dad finds a new job in San-Francisco, she’s forced to leave everything she knows and loves, including her friends, behind, and go with him. This young lady is guided by the strongest emotions in the world, and they all “live” inside of her head. These “buddies” do everything in their power to help and guide her through the toughest breaks in life. Joy is, without a doubt, Riley’s closest friend, but the new circumstances turn everything upside down, and the rest of ’em try to take over.

This is the story of a robot left on Earth to sort through all the junk left by the humans. The planet has been uninhabited for a very long time, and it’s up to him to figure out whether it’s safe to come back or not. One day, out of the blue, they send a highly sophisticated robot to help him out.

Its name is Eve, and “she” conquers Wall-E’s heart and mind in a matter of seconds. When her systems start to malfunction, the robot keeps her from harm’s way. But where will this love lead to? Definitely, one of the TOP 10 best Pixar movies to watch. 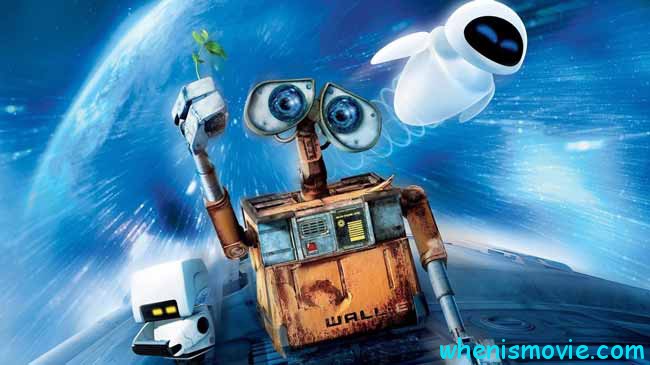 This isn’t one of your regular American families. Mr. Parr and his loved ones are very special and have superpowers. Obviously, nobody can know that they’re heroes; so, the Parrs are forced to live double lives.

It’s very hard to find the balance between being the saviors of the planet and quiet small-town folks. Something big is coming, and the world will depend on this family once again. An enemy of unimaginable power wants to take over the globe (like any other solid villain). Will The Incredibles step up and defeat this bad guy?

Back when Carl was a little boy, he used to dream of owning an airship and traveling the world. It’s been more than six decades since those days, and now he can finally make his dreams come true. It will take as much as 500 balloons to pull this off, but with the help of a smart kid, he’s confident that it’s all possible. Obviously, they’ll have to overcome an obstacle or two on their epic journey, but everything will pay off. As far as the TOP 10 best modern Pixar films go, Up is right there among the very best.

This is one of the greatest animated movies to ever hit the theaters. It came out in 2003 but is still a sight for sore eyes. Nemo is an adventurous little clown fish, and when he swims a bit too close to the shore, a diver catches him. Marlin, his dad, is the only one who can find him and bring the little brat back home. Dory, a friendly fish with some memory problems, joins his cause. Sharks, jellyfish, and all kinds of other scary sea monsters will stand in their way, but there’s nothing a desperate father won’t do to save his son.

Ok, we’re finally here: the best of the best. It’s been 22 years since we first saw Toy Story…crazy, right? Andy owns a lot of toys, but Woody, a cowboy, is his favorite. However, when the boy’s parents buy him a brand-new action figure, Woody thinks that his days of glory are over.

Surprisingly enough, when the family moves to a different hood, these toys will have to team up in order to escape from a brutal kid-next-door. Ok, now you know what is the best Pixar movies. They’ve got some of the greatest titles out there, and keep making us laugh and have an awesome time at the theaters.