Many people like extreme, when adrenaline boils in the blood and heart pounding. Such a feeling can give a mountain skiing – descent from high snow-covered slopes at high speed on skis. All this is not only the type of professional sports, but also the type of active family rest, so hundreds of people come to the ski resorts to go for a drive and relax. This sport gives incredible sensations, allows you to have fun and improves your tone. Films on this subject are rarely horror, more often funny comedies or just interesting stories with a dynamic and fast-paced story about adventures. Such films are pleasant to watch because in them you can see the stunning and picturesque snow-covered landscapes of mountain slopes.

We are glad to present you TOP 10 best Ski movies to watch. The ski school of the famous winter resort announces the holding of prestigious competitions. Students will demonstrate their skills in downhill, freestyle, and slalom. “Star”of ski school Reid Janssens is preparing to win the title of champion from Dave Marshak, last year’s winner. An ambitious and arrogant fellow, nicknamed “king of the mountain,” is confident that his team will beat rivals in every sports discipline. At this time John Roland, a young skier from Montana, is enrolled in the school. He wants to participate in the competition in the group of Janssens, but the narcissistic instructor, not seeing in the kid special abilities, drives him to the losers from the team № 8, headed by Dave Marshak. The results of the first competitive day make Reid bitterly regret the reckless decision. Talented rookie Roland finishes second…

The plot of this film is simple, like in most comedies. Willie, the protagonist in the performance of K. Coogan, since childhood has acquired outstanding skiing skills, because he used non-traditional methods of training, for example, competition for speed with the plane. Naturally, he had something to show at the ski competitions.

At the same time, the protagonist of the film is a typical slob. In competitions held by a commercial company, skiers from different countries take part, but each of them is strange in its own way. Our hero among them takes a worthy place because he constantly gets involved in some situations in which an ordinary person is unlikely to get.

Sam and Stephane are two friends and at the same time colleagues who work together in a workshop where they produce high-quality hand-made skis. They work hard and earned a reputation among athletes and amateurs so that friends have a lot of buyers. But their business is jeopardized by big brands. The workshop, whatever one may say, small, it may not compete. It is necessary to somehow promote their skis, make the goods more famous. After all, there are people who trust advertising or simply do not know about the workshop. Upon reflection, friends come up with a crazy and at the same time gambling plan. Sam should be urgently qualified for winter games.

Hard path of TJ and Dexter is in the TOP 10 best Ski movies for families.

Aspen is a popular American mountain resort. Old friends TJ and Dexter come here to make a dizzying career of ski instructors and taste all the joys of local life, among which are charming wealthy tourists and extreme sports. Popular among women, TJ faced with the painful choice between love and wealth, and the unsuccessful in affairs Dexterbegan to work in drug trafficking. Heroes face a severe life test, which can bury their friendship.

Darkness, cold and silence, cutting soul with shards of broken hopes. The girl and two young people will be brutally punished for their self-will and excessive love of thrill. They find themselves on the ski lift during the last evening descent and get stuck there. But, it seems that the new day will not come for everyone because the heroes will survive the deadly cold. A wave of despair and horror headlong covers the guys when they realize that they did not even know about the most terrible test, bloodthirsty waiting for them below.

It is the middle of the TOP 10 best Skiing movies for all time.

Maris, an insidious and avid entrepreneur, wants to undermine the reputation of a ski resort in the eyes of holidaymakers so that it goes bankrupt and he can buy it with very little money! A ski patrol in the face of a few nerds and dolts should tear Maris’s sabotage.

Fans of outdoor activities again come together. This time on the ski slope. Some have changed jobs, other ways of life, but all continue to pursue dislocations and ridiculous accidents. Our friends are quickly bored with ordinary tourist entertainment. Bernard and Popeye organize an extreme expedition.

According to the plot of the film as a result of the avalanche, a group of climbers, which ascended to the top of K2, falls into the trap. At an altitude of more than 8,000 meters above sea level, people in the death zone cannot sustain very long, and sending rescuers almost does not make sense … However, the photographer and former climber Peter Garrett wants to help his sister Annie who is in an ice trap.

The film is a disaster that will reveal the history of one device – military development for causing devastating strikes. The military developed special cannon that could destroy a city or country in minutes. The device fell into the wrong hands. Control of the device was abducted by intruders, the gun itself was controlled through a satellite from space, and the gun was on the mountain. It was the device that controlled the satellite that was abducted.

To stop the possible attack and the catastrophe, the military assembled a special group of trained mountaineers. To complete this task, they will have to climb a mountain, which is seven thousand meters in height, to find thecannon and neutralize it, until it is used by the abductors of the device controlling this weapon. On the way of climbers, there is an obstacle that they need to cope with – snow, frost, slippery surface of the mountain, strong wind chilling skin and much more that puts the group in danger. Can the climbers cope with the task? 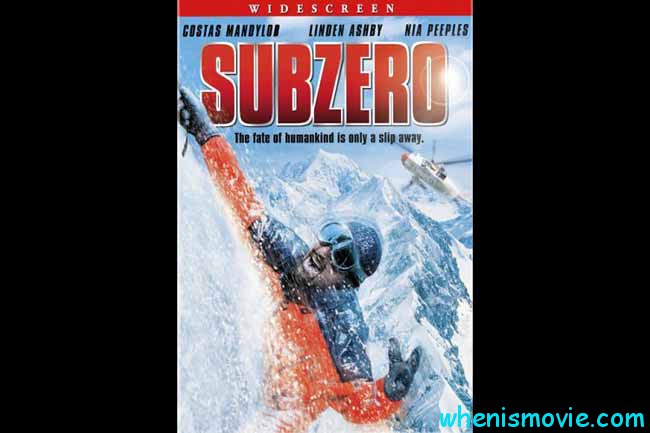 It is the leader of the TOP 10 best modern Skiing films.

From an early age, Michael Edwards, who later received the nickname Eddie the Eagle, had only one cherished dream – to get to the Olympic Games. The hero tried very hard to show himself anywhere but was absolutely not predisposed to sports. As a result, he realized that he has a chance to get to the Winter Olympic Games, and for this, it is only necessary to learn how to ski on a ski jump. Despite the skepticism of others and the first setbacks, the hero decided not to surrender and in any way to achieve the goal. To do this, he had to find a professional coach in the face of the 1968 champion in ski jumping Bronson Peary, who was once scandalously kicked out of the team because of disrespect for the sport.

We hope the compilation helped you to find the answer to the question – What is the best Ski movies?