Home
TOP
What is the best Easter movies

For any religion, Easter has always been a nice day to spend with the whole family following its old traditions. Nowadays, in the era of computers, cinemas and TV sets, people can easily spend this nice holiday by watching something on TV. We are representing TOP 10 best Easter movies for all time that will provide tons of positive and memorable emotions during the holiday. The following films can be watched by both kids and adults.

Rise of the Guardians

This animated movie was released in 2012 and is literally perfect for kids. It is based on the book series with the same name and focuses on the story of Jack Frost. Many years later he shares the winter spirit and brings cold snowy days to the kids from school that seem not to believe in his existence. Afterward, he finds out about another man that appears to be very dangerous for children as he threatens them with nightmares. Jack makes a decision to team up with other magical creatures. Whilst visiting the world of tooth, he finds out about baby teeth containing the memories of the child who loses it. Among that, he finds himself having multiple adventures and making new friends in order to save the world of children. 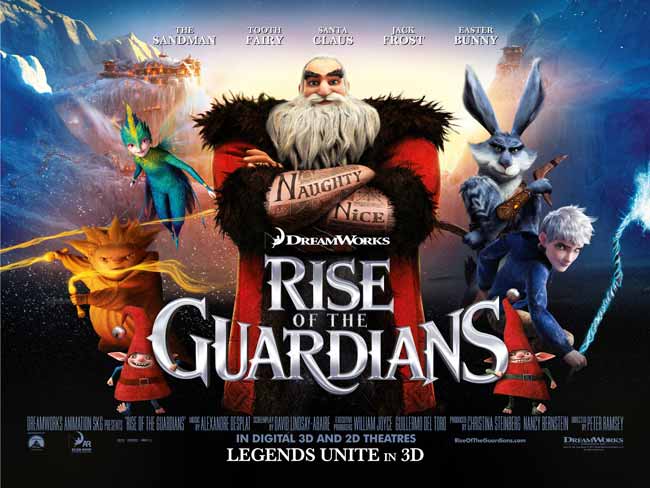 The Passion of the Christ

This project is considered to have interesting plot when it comes to TOP 10 best Easter movies for families. The film is directed by Mel Gibson. Even though the movie has received mixed feedbacks from both professional critics and the fans of Gibson that, surprisingly, managed to create one of the greatestmovies of all times, it has become one of the most well-known films that are not made in English. Instead, the languages the one can catch in the movie are Latin, Hebrew and Aramaic. The cast of the movie is very international and even includes such Italian actress as Monica Belucci, plenty Bulgarian actors and similar. The director of the film, Gibson, himself, whilst being interviewed, said that was a project about forgiveness, love, grace, and faith.

One of the most popular projects on a list of best Easter movies for kids. This one is good for adults, too as it spread the positive atmosphere that is accompanied with 3D animated characters and their adventures. The project was released in 2011 but is still watched nowadays. It represents the story of the nice young bunny. He does not share the idea of others to become an Easter Bunny like his father – instead, he wants to be a drummer so that he heads on an adventure to Hollywood – his biggest dream is to achieve that and prove his father he can be something more than a regular Easter Bunny. Moreover, in 2011 there was a game known as Doodle Jump that was made in the theme of movie.

This one was officially released near the end of February 2016. This appears to be the biblical drama created by American distribution company Columbia Pictures. In fact, the principal photography took different places – it was spotted in certain locations across Spain and later Malta.  It received mixed feedbacks from the critics but most of the fans said this movie would be great to see on Easter evening with the whole family just to catch a little bit of history and some facts about ancient time.

Winnie the Pooh: Springtime with Roo

This animated project has always been number one among both kids and young adults. It is not just about amazing 3D graphics, but also about the storyline and plot that focuses on our well-known friends. The reason why it is on popular TOP 10 best Easter movies to watch is that it is a nice musical story about our favorite characters going for an Easter egg hunt. According to the plot, Rabbit has forgotten about the coming holidays and call his friends to help him to clean the house. The rest of them understand he does not remember about Easter at all and make a decision to come up with a nice surprise for him.

The animated movie was released at the beginning of April 1977 and is believed to be another special Looney Tunes project. This film is focused on the Easter Bunny that seems to be ill so that Granny has to find out how it is possible to discover the replacement after having watched multiple cartoons. Daffy Duck makes a decision to dress up as it was him who has always been an Easter bunny. Even though the cartoon is not that new comparing to the other projects, it is still made in Looney Tunes style and is so funny and nice to watch with other family members.

American biblical film in the genre of drama and is one of the best and most watched projects from TOP 10 best modern Easter films. The movie retells the whole story, biography and the feelings of Jesus. It has, in fact, limited release and was first represented to the public in 2014. The project became the adaptation of the miniseries – some footage that had not been shown there was inserted in the actual movie. It has received mixed comments from movie critics – however, it had a huge box office success after the premiere.

This project appears to be 1977 British-Italian miniseries that aired on television. Multiple biblical traditions were used when it came to coming up with an interesting screenplay that was successfully finished by a small group of screenwriters. This project is created for adults but can be watched by kids just for fun. In fact, these are deep emotions and feelings of Jesus he had during his life, the secrets he kept and the way he looked at the world which was completely different compared to other people. The film has a more naturalistic approach and the story was a little bit simplified for the regular people to understand the plot and described events.

Another movie is extremely popular in the TOP 10 best modern Easter films. In fact, this film was represented to the public 1973 and is one of the best musical projects of all times. According to the plot, the story line follows certain events that are considered to be set in a contemporary atmosphere of New York City. Basically, despite the fact this movie is not modern and might not contain multiple animations and computer graphic features we all got used to, it can be watched by the whole family as it contains a lot of musical numbers, singing, enjoying life, dancing, traveling and watching the well-known sights of New York City where the filmmakers made a decision to do the shooting so that it all looked real.

Another project from the past but is still very popular and has grown a few generations of people. It aired from 1974 and finished airing in 2000. However, just in one year, it was revived until 2014.

Interesting facts about Easter and its traditions