Before representing our list of movies, it is worth explaining, what is  the slasher movie in the modern cinematography? This is the special type of horror movies considering being very popular in the 21st century, as well as in the past one revealing the stories about a psychopath hunting and murdering people.

Slasher projects often involve some sort of psychological moments that make up the entire mystic and evil atmosphere in the film. We are representing our new TOP 10 best Slasher movies for all time to watch with friends and faamily in the dark room during the sleepover. 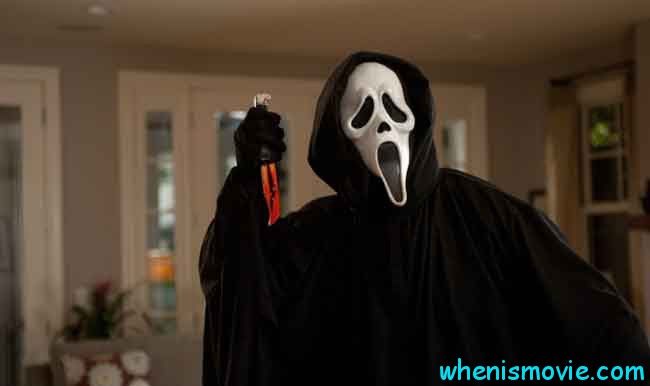 American movie that represents the viewersthe events connected to thegroup of four friends. Just a year ago they found themselves involved into in a terrible car accident where the students accidentally hit the pedestrian and tossed his body into the sea but the man suddenly woke up and the film itself focuses on them being caught by a serial killer.

They make a decision to never discuss what happened that terrible summer, but it seems like the man who is planning to murder them knows what they actually did last summer and what they always try to hide and forget. One day, one of them receives the letter saying that the sender is somehow aware of what happened just a year ago. The girls start their own investigation and even find out the name of the pedestrian they accidentally hit in the past thinking he might be the one sending these weird messages to all of them. But it seems like he has nothing to do with what is happening and the real killer is one of them.

This film from our TOP 10 best Slasher movies for families is a remake of the movie released in 1974 with the same title. It says that each and every one of us has an evil side inside, but some of the people are consumed by it. This film appears to be the ninth installment in the whole franchise as the filmmakers decided to reboot the entire project.

The plot is about a young boy being born in a dysfunctional family; therefore, he became mentally ill and was later sent to the sanitarium where he spent over ten years finding himself enjoying wearing a mask to be able to hide his real personality. The reason he was sent there as a child was that he murdered several animals and brought their dead bodies to school which was immediately noticed by the chancellor that afterward says this is just the beginning of a boy becoming a potential serial killer.

French horror movie that is also known as “Switchblade Romance”. The movie starts with two young female students Alex and Marie. They are going to the Alex parents’ house away from the city in order to study for the upcoming exams. Later in the evening, the local serial killer knocks the door, enters the house and kills the family of Alex except her and takes the girl to his truck.

Surprisingly, Alex manages to survive only to find out she is the serial killer murdering the whole family as she suffers from dissociate identity disorder.

Another movie being the very first installment of a popular film series being the part of the list of best Slasher movies to watch known as “Saw” represents the events and the life of Jigsaw killer as well as the game he sets up to murder people. They perfectly know his name, his voice but no one has ever seen him in person. According to the story of one of the main characters from the 2004 installment, Jigsaw doesn’t kill people, he just makes them kill each other due to the circumstances.

What happens if you become the victim of crazy family – the horrible brothers being the result of incest? The film starts with the medical student heading on to the business meeting but being stuck in the traffic jam which forces him to take the different route. He gets distracted and accidentally hits the car on the road – this is how he gets introduced to young college students later being killed by terrifying attackers.

Our TOP 10 Slasher movies to watch also contains this Norwegian movie about five best friends being on a trip to Jotunheimen for spending their holidays snowboarding. One of them accidentally breaks his leg and the group of friends is trying to find some help – afterward, they discover a single house but don’t expect it can take their lives.

American horror movie that later became a well-known franchise. The very first installment of our list tells the terrifying story of close friends – they become injured and nearly killed because of a crazy family of cannibals whilst being on their way to the old homestead. And only one girl manages to survive and leave the empty place running away on a big van. The reason why a group of friends visited this place was that there was information about local cannibals destroying and robbing the graves so that they need to make sure the grave belonging to one of the main protagonists’ grandfather is absolutely fine.

Young people visit the place where the granddad used to live but each and every of them becomes the victim of local crazy family. And it seems like there is only one person to survive this horrible night.

One of the most iconic films from the contemporary cinematography from our TOP 10 best modern Slasher filmsshows the story of a few very close friends attending college together who go to a cabin located in the very heart of the forest.

Together the friends experience the usual routine they quickly escape but what waits for them in the woods is a lot worse. They become the part of experiments running by two technicians from the underground that control all the processes happening inside and outside the house. Among that, the group of students has to fight with zombies from the woods.

There is no place to hide from the one that calls you on the phone and asks your name. There is no necessity to say “I am back” because you won’t be back. The movie focuses on multiple murders that are believed to be done by a mysterious serial killer after making a phone call and asking its victim what its favorite scary film is. The murderer kills its victim whenever it gives the wrong answer to its questions.

The situation leads to the local police starting its own investigation in order to find the murderer  in the terrifying mask. Meanwhile, the plot focuses on the story of a girl that struggles after her mother was murdered many years. Later on, this character becomes the leading female protagonist of the film series “Scream”.

When it comes to the question, what is the best Slasher movies to watch alongside friends or a family, this one appears always to be on the very top of multiple lists and statistics. This is the typical horror story about a character known as Jason Voorhees – the fictional character (murderer) that first appears as the hallucination but later on truly returns for the revenge. In this movie, the viewers watch the story of a Camp Crystal Lake mostly known for its multiple murders which cause the closing of the camp.

Within just a few years, the camp opens again on Friday the 13th. But it seems like even after so many years the murderer returns again.

The movie became so popular and recognizable due to being one of the first appearances of famous Voorhes so that the filmmakers decided to give it a try and created a franchise. Moreover, there is a survival video game developed recently and based on the popular film series.