Sports is all around us these days, and, with more and more directors starting to create awesome movies in the genre, we’ve got a whole line-up of state-of-the-art films to enjoy this year. The TOP 10 best new Sports movies 2017 list comes with the most amazing titles that you simply have to check out if you’re a fan of everything that comes with the “Sports” tag on it.

Hands down, this is one of the best sports movies of the recent years, and the dynamic duo of Teller and Eckhart is exceptional. This is the story of the legendary boxer, Vinny Pazienza, an international champion who had his neck broken in a terrible accident on the road. However, against all the odds in the world, Kevin, his coach, made the impossible and helped the guy get back into that ring and inspire millions of folks with his magical comeback. Bleed For This is an A-grade film that is full of drama, action, charismatic characters and a strong message. If you’re a fan of boxing, this movie will be your new favorite!

Any fans of Indian movies out there? Don’t worry, this isn’t one of those ridiculous “dance movies” that drive a normal human being nuts. No, this is the story of Mr. Phogat, a master of martial arts and his daughters. He dreamed of having a boy that he could train and make a champ out of, but destiny gave his two girls. However, he still managed to turn them into top-notch fighters and back in 2010, Geeta was the first-ever female wrestler from the country to win a prestigious international award: she got the gold medal, while Babita, her sis, got the silver one. Include Dangal into your list of TOP 10 best recent Sports movies and enjoy!

A novice pitcher from the Major League loses his cool and messes up his pitch, and the team sends him all the way down to the minor league. There, he is to start those boring sessions with a psychologist. But, the “doc” turns out to be quite an unorthodox person, and, over the course of their time together, the two come closer and the pitcher learns a lot about himself. Everything that he’s been hiding deep inside of himself comes out, as does the conflict with his imperious good old dad. Will the man find the strength and will to get back to the top?

Pelé: Birth of a Legend

This is the story of one of the greatest soccer players in history – his ups and downs. Ever since he was a little boy, the legend was in love with the game, and when he turned 17, the prodigy scored the winning goal in ’58 and brought his country the first-ever World Cup. He comes from an impoverished family and had to go through countless obstacles before he became an international superstar, and this movie does a fantastic job of capturing the very essence of what it means to be Pelé. Our list of best Sports movies 2017 wouldn’t be full without this film!

Two tennis “gods”, Borg and McEnroe, have been rivals for as long as they can remember. They are the best of the best, and none of them is ready to call it a tie. These men are ready to rip each other’s throats just to prove that they are the #1. Their rivalry reaches its tipping point when they finally go head-to-head at Wimbledon in 1980. They’re both exceptionally good on the field, and the whole world can’t wait to see how this match ends. The movie promises to be fast-paced, adrenaline-packed and highly enjoyable for the average viewer. 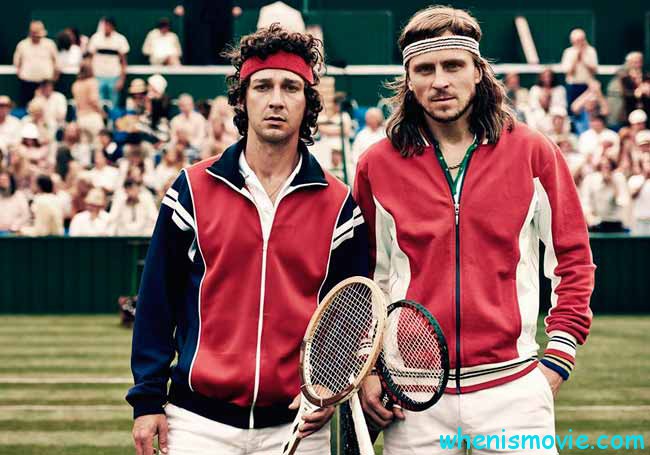 Friday was a superstar in England back in the ’70s when he played for both Reading and Cardiff. He was a haughty, wild and scandalous bloke, but he was also a “magician” on the field. Unfortunately, he passed away when he was just 38-years-old; yet, the fans still remember how great he was. A talent like that doesn’t come around very often, so, if you appreciate true stories about exceptional people, put Robin Friday on your list of TOP 10 best Sports movies of 2017 to watch. 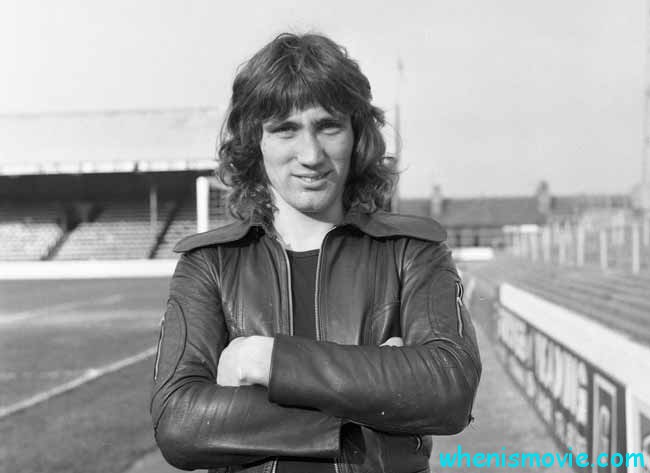 Uganda is one of the worst places on planet Earth, but, thanks to her brilliance, resilience, and courage, a striving girl managed to overcome all of the difficulties in her life and become a master at Chess. The slums of Uganda are unforgiving, and one wrong move can leave you lying dead in a ditch in the middle of nowhere. So how come this girl could “beat” all the struggles and break through into the top league of Chess? Well, you can find that out when you watch Queen of Katwe. It’s both inspiring and thought-provoking, which means you gotta give it a chance!

Battle of the Sexes

This is the most “chill” film on our list of TOP 10 best modern Sports films 2017. It’s fresh, funny, and quite entertaining. Billie King and Bobby Riggs are about to start a “gender skirmish” out on the tennis field, and the result is going to be quite surprising. This match was the second most-viewed event on American television after Armstrong landed on Earth’s satellite. Emma Stone is exceptional in her portraying of King; so, if you’re an admirer of her talent, keep Battle of the Sexes on your mind the next time you go to the movies.

Birth of the Dragon

We all know and love the late Bruce Lee, and Birth of the Dragon is heavily inspired by the legend’s confrontation with Wong Man, the most respected and popular kung fu fighter (master, to be exact) in China. The battle took place in America in ’65, back when Chinatown was under the triad’s total control. Soon, the two rivals joined forces and opposed a local gang. It’s safe to say that Bruce Lee is the most famous American-Chinese actor/martial arts master, which means it might just be an international hit.

Fight to the Finish

So, what is the best Sports movies in 2017? You just got the answer, my friends! But let’s check out one last movie and be on our merry way, OK? An amateur fighter, a youngster, gets himself into a lot of trouble with a local hard-boiled thug when he tries to be a hero and gets in-between his beautiful neighbor and her crazy boyfriend. Soon, his life gets in danger, and the hero realizes that he simply has no choice but to finish the battle that he single-handedly started. He’s about to fight both for the championship and his survival.