Nothing so hardens the strength of spirit and the will to win than a sport. It is that place where are serious passions and powerful conflicts, so from the very beginning of the advent of cinema, films about sports do not slow down their popularity. What could be more interesting than watching for the ups and downs of the hero, along with him to experience destructive failures and rise to unattainable heights?

We are glad to introduce you TOP 10 best Hollywood Sports movies of 2017 to watch.

Movies about sports – this is not just a story that will be forgotten the next day, it’s a whole message that can live in a person’s soul for a very long time. It is impossible to remain indifferent when watching pictures such as “Warrior” or “Never Give Up”. These sports films prove that if a person has a real dream, then all the doors are open before him and nothing can stop him. After all, all the greatest athletes have this faith and inner core. Watching movies about them means getting a piece of this powerful energy and believing that nothing is impossible.

A new film director Brian Fee, who ten years ago voiced one of the heroes of the cult animated film “Cars”, returns again, but this time as a director. It is only a few people could believe in this turn, at the same time, many people hope that soon, namely in July 2017, we will witness the release of something strikingly interesting and unforgettable.

In the first part of the story, the young bouncer accidentally became a member of the sports hockey team, although he did not know how to own a puck on the rink. But he was made a member of the team because he could professionally and without violations stun any opponent, thereby depriving the team of opponents of strong players.

Since the hero’s entry into the team, a lot of time has passed, but the situation has not changed. The man has not learned how to play hockey but continues to beat opponents on the field, doing a favor to his team and coach, who often resorts to his wrestling skills for the success of the whole team.

After a series of amazing adventures, Cody and Lani decided to live peacefully. The main characters of the cartoon settled on their native island, where they became instructors in surfing. The occupation is rather calm but boring. After certain events, Cody begins to think about changing everything. At the same, he sets up a friend Chicken Joe, who wants the hero to participate in some kind of grandiose competition.

The life of the surfer begins to change when members of the world-famous team “Hang-5” appear in his native town, who, for the luck of the hero, are looking for a new partner. This news inspires Cody: he already sees himself as a famous sportsman, but he does not even suspect what tests he will have to overcome for this. Cody, along with friends – Joe, Lani, and Tank – joins the “Hang-5”, after which they go to the mysterious island. Will the heroes cope with this task?

The planet will definitely face overpopulation, as there is already a shortage of resources and food. In each country, the problem approaches in a different way. America advanced a more interesting method of reducing the population.

Here, too, people are being destroyed, but during a unique show. Each character retains an illusory chance to live. During the show occur murders, but citizens are sympathetic to such measures, although they themselves are trying in every possible way to avoid participation in the show. Grandiose competitions are under the personal control of the president. The head of state advertised the holding of “Death Race”.

The player needs to overcome the appropriate distance and score the maximum number of balls. The more dead will be on the account of the participant, the more points he will earn. The adult person is estimated in the top ten, and the child – in twenty points. For the elderly, there are 50 points.

Active agitation of power leads to unexpected consequences. More and more newcomers are arriving, and the population is declining. Do the participants have the same rights? Maybe, people have different chances, but such information is known only to a limited circle. It is difficult to count on victory in the deadly selection…

The movie also is included in the TOP 10 latest Hollywood Sports movies 2017. So you can watch it now.

Kevin is a village boy who loses his best friends in an accident, and to get rid of the feeling of guilt that he is the only one of the whole company survived, begins to run for long distances. As a result, with the help of his coach and mentor, he becomes a world class athlete. 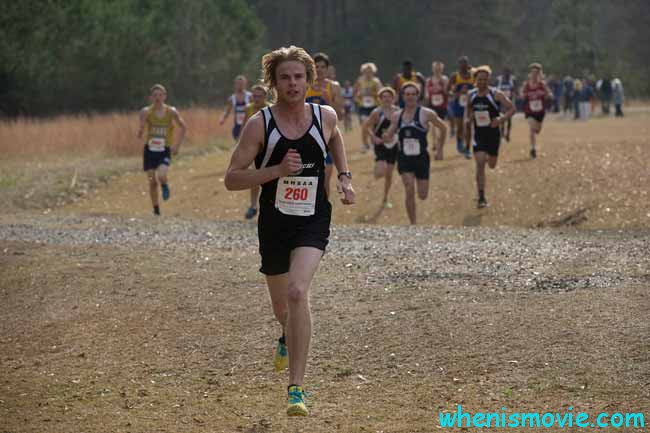 Tom Jr. wins a lot of money by playing golf, becomes famous, and thanks to it finds his love. However, this complicates the relationship between him and father.

The movie also is included in the TOP 10 latest released Hollywood Sports films 2017 because it was released in April 14, 2017.

The movie will tell a story about the boxer Chuck Wepner.

Michael Diggs is a former basketball star who was illegally accused and sent to prison. The hero prepares for the competition, finding his own salvation in those whom he loves.

It is a romantic story about the 18-year-old figure skater and singer who went down in the history of medicine with her struggle with a rare kind of melanoma.

It is the leader of our TOP 10 new holly Sports movies.

The true story of the famous duel between two world tennis stars – B. J. King, who fought against disregard for women’s sports, and champion “retiree” B. Riggs, publicly stated that even at age 55 he would defeat the best of tennis players.

So the list of Hollywood Sports movies 2017 ends now.