The spirit of competition is what makes us human. It’s in our blood, in our DNA, if you will, and encourages us to be better and to do more. Andwhile back in the daypeople used to kill each other for fun and to prove that they’re the best, today, in the 21st century, we use sports for that. The TOP 10 best Wrestling movies for all time list invites you into the world of high stakes and big bucks.

These fellas are not ready to back down and will fight to the very end. You might not be a big fan of wrestling, but that’s ok: a good film never focuses only on one theme and allows the audience to connect with it on many different levels. Alright, let’s start! 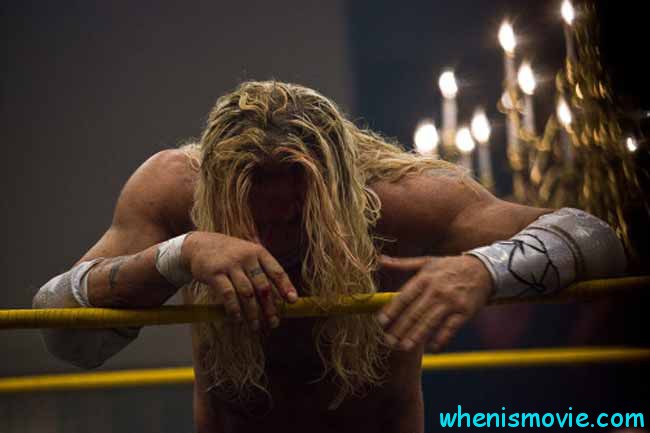 Welcome to 1951. Andy is about to graduate college. He doesn’t have a single care in the world and is overall a joyful and brisk fella. That attitude allows him to conquer Mary’s heart. She’s also a student and is engaged to another man. As soon as Andy leaves college, life turns into a huge challenge and he discovers that it’s not easy to land a solid job.

The directors/screenwriters don’t like his imaginative mind and turn him away after the first audition. With nothing to lose, the young lad turns to wrestling. He knows that any fella out there will beat him, so, Andy decides to stage the fights. Later, the vagabond becomes the inventor of show-wrestling.

Now, even though there is a lot of blood on the other side of the screen, The Quest is one of the TOP 10 best Wrestling movies for families. Say whatever you want about this man, but Van Damme is a living legend. Chris, the hero of this film, is looking for trouble. He ends up being kidnapped, beaten up and delivered to an off-the-maps island where illegal fighting takes place. Kickboxing, boxing, wrestling, and gambling – that’s what this place is all about.

The greatest fighters from all over the world have gathered to beat each other and take the ultimate prize. Chris is not the greatest fighter on the globe. But he does have a strong heart and enough brains to outsmart the bigger and meaner competition on the ring.

This is the story of three Italian brothers living in the United States and trying to make a name for themselves. The slums of NY are tough and unforgiving; back in the 1940s, young fellas like these men didn’t have a lot of options on the table. So, they decide to join forces and help each other reach the pedestal.

One of the brothers is a gifted wrestler, but he won’t be able to beat all of his opponents without help. Thankfully, bruv #1 is a pretty skilled and witty promoter, while the other one is a known fraudster and is ready to use his knowledge and tricks to help the wrestler climb to the very top of the league. There’s no room for mistakes, and the siblings will have to deliver their A-game.

Mahavir used to be a legendary wrestler, the greatest champion in the country. However, he didn’t make any money on it; so, the man had to quit the sports and do something else to take care of his family. At the same time, he never lost his love for it and dreamed of raising a son or two and train his kids to become the new champions.

But his wife gave birth to 4 girls and no boys. Disappointed with this fact, the ex-champ forgot about his dreams. Yet, all of a sudden, two of his daughters show exceptional grappling skills. Mahavir starts to train them and puts the girls through hell to make them the toughest athletes in India. If you’ve been looking for the TOP 10 best Wrestling movies to watch, check this one out.

Nacho is just your regular cook spending his days and nights in a boring monastery. Nothing important happens there, and he’s actually good with that. But when a new sister arrives to take shelter with the kids, he becomes mesmerized by her. From that very moment, Nacho decides to leave his comfort zone and become a professional wrestler. A new competition is right around the corner, and, in order to win, he’ll have to train 24/7. His love for the gorgeous woman fuels his passion. At the same time, if he wants to prevail, he’ll have to beat Ramses, the greatest fighter out there. The monastery forbids him to fight – the man will have to keep it all a secret.

Frank is a promoter. He believes in what he’s doing and is ready to stand up for what he thinks is the right thing to do. There are a lot of folks out there who want to take over the sports with their filthy hands, and it’s up to this brave individual to fight them all off. The list includes gangster, gamblers, fixers, dirty fighters, and tricksters. Frank, in turn, does everything in his power to make sure everybody follows the rules. Put this masterpiece on the list of best Wrestling movies to watch if you appreciate moving dramas from the 70s. It might not be the greatest film in this sub-genre, but it’s still a worthy pick.

Rip is the mightiest champ in the world – has been for quite some time now. He’s extremely faithful to the network, to the fans and to the sports in total. There’s a new chief at the WTN (World Television Network) and he wants the man to leave his current partners and start to work for him. The money is good, but Rip can’t accept his offer. The big boss is not ready to give up. He creates a brand-new show, a brutal competition and uses the winner to get on Rip’s nerves. Will that shake the champion’s coolness and make him lose his nerve? He’s ready to beat whoever stands in his way; yet, these mind games are driving him crazy.

Back when this heroic movie came out, the critics were quick to call it a miss. At the same time, the regular audience was very much pleased with it. The plot is centered on Link, a trucker with a lot of skeletons in his closet. He needs a fresh start and wrestling is the fastest way to it. It’s been a decade since he left his kid; this is his one and only chance to reconnect with him. There’s a fancy show in Las Vegas: the winner takes 100K and a gorgeous truck. That will be more than enough for Link to start his own business. All that’s left to do is win…Definitely, one of theTOP 10 best modern Wrestling films of all times.

Louden is an 18-year-old fella who dreams of doing something great with his life. The role of a solid high-school athlete doesn’t really seem like the right pick. So, he sets his mind on becoming the greatest pro out there. Brian is the ultimate high-school champ in the state of Washington, and Loden decides to challenge him to a match.

The biggest problem with that – our hero will have to lose some weight to grapple with the champ. He doesn’t have enough skills or experience. Yet, his desire to win helps him overcome all the obstacles on the way. And when a mysterious stranger named Carla moves in with his family, the boy gets just the right motivation to achieve his goals.

You probably already knew that this film would be on top of our list, didn’t you? What can we say – it is, indeed, a pretty awesome release. Robin used to be huge back in the day, but now he’s barely getting by. It’s been two decades since his last win and the man is forced to work at a grocery store to pay the bills.

One day, he is approached by a promoter who gives him a second chance at life: a rematch against his greatest rival, the notorious Ayatollah. This fight might be his key to getting back on his horse. On the other hand, is he ready to put his own life at risk for a chance to become great again?

Ok, we managed to figure out what is the best Wrestling movies. Stay tuned for more awesome lists!