Those who did not suffer the horrors and the aftermath of war will hardly ever understand the whole essence of tragedy. Films about the Civil War are so colorful that it conveys to its viewer this problem, which creates a feeling of maximum realism. It is worth noting that most of the military filmshave not fictional plot, but real stories that make every spectator worry. Modern cinema is something indescribable and exciting. The stunning performance of the actors, the hard work of the directors and operators were able to convey to us the whole problem of the cruel fights. Modern youth are not aware of the problem, but when viewing military films, the opinion and point of view can change radically. Cinema brings to us not only the obvious facts but also emotions, experiences of soldiers. And the fact that the films are based on real events makes movies even more valuable for a new generation.

We are glad to present you TOP 10 best Civil War movies to watch. 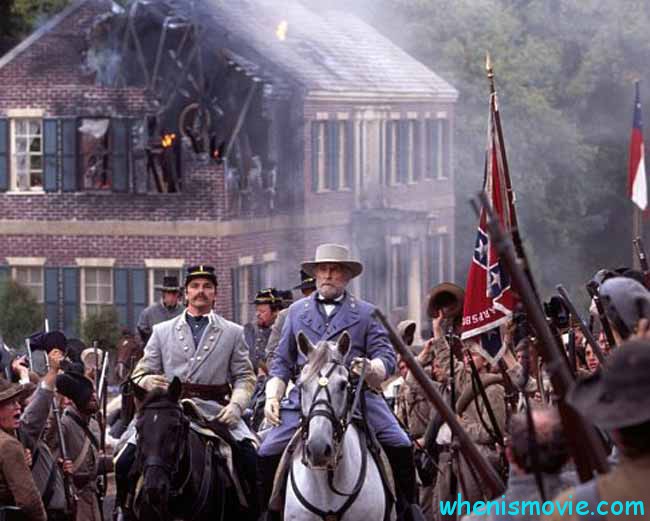 The plot of the historical drama is based on real events occurring during the Civil War between the South and the North. Poor farmer Newton Knight from the Mississippi re-conquered his battlefield at Corinth and now returned homebecause he realized one thing: a simple poor people die in the battle, and the rich are even more enriched. He no longer sees the sense of bloodshed between the North and the South, but it makes sense to abolish the slavery of the black people. Together with the rest of the deserters, Newton Knight begins to fight against the Confederate States Army.

Having settled in Jones County, a squad of volunteers and slaves saved by them are trying to survive, and also to help needy families who have neither food nor any provisions for their continued existence. No one has the right to tell them how to live, who to love and why to die. By joining forces with like-minded people, Newton creates his free state of Jones, where all people are equal; everyonehas the same rights and opportunities, where there is no racial prejudice, hatred, and enmity.

After a short creative break, Quentin Tarantino introduces his new work to the audience – an adventurous western “The Hateful Eight.” The film takes place a few years after the Civil War in the northern state of Wyoming. On the snow-covered roads, the crew of the famous bounty hunter John Ruth, nicknamed “The Hangman,” is driving a captured criminal Daisy Domergue to the Red Rock, where the criminal is waiting for hanging, and Ruth- a good reward. On the way, Ruth meets the no less famous bounty hunter, Major Warren, who also keeps his way to the Red Rock, as well as the southerner Chris Mannix.

Ahead of the company waiting for a long and not a boring trip together, but a snow storm forces the travelers to stop at the nearest tavern, where very interesting characters have already gathered.

The film takes place in 1864 when America was immersed in one of the most brutal confrontations in the history of the country’s existence. The fighting spread to wide areas, involving more and more new people every day, many of whom tried to stay as far from confrontation as possible. Among such people were employees and residents of a closed women’s boarding house, located in Virginia. The institution turned out to be so far from civilization that the local inhabitants know about the battle only by rumors.

Everything changes when all students, teachers, and employees leave the boarding school. There are only five students left, a teacher and the head of the institution. Events begin to develop at a time when one of the students, gathering mushrooms and berries in the forest, accidentally stumbles upon Johnwho was forced to leave the battlefield because of wounds. She feels sorry for him, so she decides to hide him in the boarding school. From this moment the institution finds itself in temptation.

The veteran returns to his homeland, in a calm rural backwater, but here he is waiting for a new confrontation – between neighbors. The families of Riley and McCluskey are ready for a total confrontation, into which the protagonist is drawn…

A group of cadets protected from the fight at one of the military institutions should face the horrors of the cruel world.

The middle of the TOP 10 best Civil War movies for all time.

Ward Hill Lamon, who lived in the XIX century, held a very important and responsible position – he was the personal adviser and bodyguard of President Lincoln. The president was a fearless person, so he often personally was on the battlefield during the Civil War. Lamon was tasked to protect Lincoln from all dangers. In a short period of time, the hero managed to save the president several times from great danger, when assassination attempts were made on his life. Over time, Lamon became not only a bodyguard, but also a good friend for Lincoln. Together they managed to go through many dangers and survive a few unpleasant situations.

Mary Surratt is a lonely ladyaccused of aiding and abetting in the attempted murder of President Lincoln. And since the whole nation turned against her, Mary is obliged to rely on a lawyer who is reluctant to defend her, in order to get to the truth and prove her innocence.

A small detachment of hired shooters, led by a former colonel of the Confederate States army Carver, pursues the ex-captain of the army of Northerners – Gideon. The chase continues not one day, Gideon is wounded and exhausted, but still ahead of his enemies.

Inman is a poor carpenter living in North Carolina. Ada is the daughter of the Monk Monroe, who owns the Black Cove near the Cold Mountain. Between the young people, there are romantic feelings, but the fight between the North and the South separates the lovers. On the battlefield, Inman always remembers Ada, from whom he regularly receives letters with promises to wait for him. After Inman enters the field hospital, he decides to escape. The way home turns into a series of long and dangerous adventures for Inman, he is constantly being persecuted for desertion. Ada looks forward to the return of her beloved, but in the city appears greedy sheriff who has a planfor Ada and her estate. Soon after the father’s death, Ada remains alone and tries to cope with the management of the estate…

The first place of the TOP 10 best Civil War movies for families.

A wide epic film is about the beginning of the Civil War between the North and the South. The main action takes place around the Confederate Army and its general, Jackson, who received the nickname Stonewall…