Anti-utopias, historical and fantasy movies, among which there are philosophical, comedic and even serials, fascinate viewers and are in great demand. And even if there are many first-rate fantastic books in which sometimes the plot twists even more abruptly, the true movie fans do not want to read them and will not because they are attracted by the spectacle of the pictures of parallel reality, besides computer processing and progressive developments that have improved the production process of an interesting movie, help immerse themselves in the atmosphere of other worlds.

We are glad to present you our TOP 10 best Hollywood Fantasy movies of 2017 to watch. 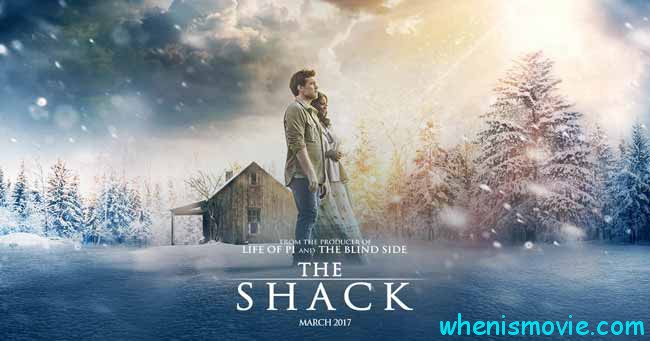 At the beginning of the movie, we get acquainted with the history of Adam. Not so long ago the young man was a wayward prince. Once a sorceress came to him in the castle and was offended by the master’s behavior. In revenge to Adam, she imposed a spell on him, transforming the prince into a monster, and all his servants into a variety of subjects. But at the same time, the sorceress left him the hope of salvation. She gave the monster a flower, warning that the last fallen petal would deprive him of the opportunity to regain his human appearance.

This time the film’s action takes place in the 70s, and people are attracted to unprecedented lands no longer looking for glory, but a desire to save the brother of the protagonist abandoned on this foggy island. True, some traditions of the films about King Kong are preserved here. It is obvious that on the island, in addition to a huge monkey, members of the expedition will have to face a lot of incomprehensible and terrible.

It is a spectacular and dynamic film, telling about the youth of one of the most famous English kings. By the way, historians have not been able to prove that King Arthur is a real person. Prepare to get rid of all stereotypes about the representatives of the royal dynasty, because the protagonist of the adventure film does not even know about his unusual origin. He lives in the neighborhood of London and, together with friends, regularly engages in illegal activities. Underground fisticuffs, thefts, robberies – it is usual things, but they do not lose their moral character.

Once Arthur will begin strange visions, in which he fights for the throne with monsters and wizards. This seems absurd to the hero, but he is helped to decipher the vision by Bill Wilson, who heads the Resistance, whose members want to overthrow the present tyrant King Vortigern. From the words of the old man, Arthur learns that he is the son of Uther Pendragon, a former king who was killed during the conspiracy. Now the hero will have to try to restore the throne belonging to him: pull out the Excalibur sword from the stone, defeat not one hundred enemies and cope with internal contradictions. The movie is included in the TOP 10 latest released Hollywood Fantasy Adventure films 2017 because it was released on May 12, 2017.

All past episodes of the adventure franchise have achieved a resounding success at the box office, so the 5th part simply cannot produce another effect. The audience has a great chance to see for themselves. It would seem that the charming and extremely “lucky” pirate has already encountered all possible misfortunes: ghosts, cannibals, the royal fleet, skeletons and former comrades. But ahead of the hero of the movie are many more trials. And his main problem will be someone Salazar – a terrible monster who managed to get out into the real world from the accursed trap, where he spent several decades together with his crew.

Mack together with his wife and three children goes to nature. They stop at a small campsite, where they spend several hours of fun. The mood changes dramatically when grieving parents notice the loss of Missy – a younger daughter. Short searches for the nearest bushes do not give results, after which the spouses call the police. Hastily the organized rescue operation ends with an uncanny find – lifeless body of a girl in a shack. After this, Mack begins to blame himself for the death of Missy and cannot find an answer to the question of God’s indifference. One day in the mail box of Mack there will be a mysterious letter inviting him to go to the same forest to meet there with the celestial inhabitants.

A huge fantastic monster plus an old used jeep equals the supercar. In the movie just graduated from the school boy meets the most extraordinary creature that you can imagine. Long tentacles, mouth full of sharp teeth, and eyes full of curiosity and friendliness.

It is the story of a boy and a thousand-year-old monster. The movie is also included in the TOP 10 latest Hollywood Fantasy movies 2017 because it was already released.

The protagonist of the movie, having received the task to find and lead the head of the company back to America, goes to the elite wellness center.

However, when he arrives, the staff tells him that his boss is gone. The hero of the film remains to find out all the circumstances.

The adventure fantasy, script, and production project of Luc Besson. A teenager-gamer magically moves to Ancient China, where he learns Kung Fu, turning his “virtual” skills into real. His mission is to save the princess from danger.

It is the leader of the list of Hollywood Fantasy movies 2017.

The film’s action takes place in the near future where technologies have reached such heights that they allowed to significantly improving the human body with various neural implants. However, such improvements have made people more vulnerable, because now their minds can be hacked.

The compilation “TOP 10 new holly Fantasy movies” is over now.