History plays a vital role in our lives, even if we don’t ever think of that. History defines us, gives us the right motivation and shows the way towards greatness. These days, we’ve got numerous films in this genre, which makes it kinda hard to pick one to enjoy. Our TOP 10 best English Historical movies 2017 to watch list includes all the great releases of the year that will be equally appreciated by the fans of the genre and by regular viewers.

The critics are calling this movie a revelation, an epic historical saga about two Jesuit priests who put their own lives at risk by preaching in Japan back in the 17th century, in a country that was ruthless to Christians. Pain, humiliation and even death followed those who were brave enough not to abandon their faith and stay true to Christianity. The story follows the numerous struggles that these two go through and invites the audience into a perilous journey. Silence is about devotion and brick-strong faith that prevails even in the most unfortunate situations. It’s heavily base on the bestselling classic of the same name.

We’ve got another historical epic for y’all. Now, even though some reviewers and fans are calling this movie a big disappointment, the majority of the viewers still enjoyed the grandiose mix of action and drama. The narrative is fast-paced and breath-taking, while the computer graphics give you the impression that all the unbelievable battles are really happening on the other side of the screen (especially if you’re in an IMAX theater). The bottom line is – of the TOP 10 new English Historical movies 2017, King Arthur is the most controversial one. Make sure to check it out if you wanna have your own opinion about it.

Let’s jump a little bit forward – to the 50s, for example. Hidden Figures is one of those must-see films that are equally heart-warming and heart-wrenching. The United States have been struggling with racial inequality and discrimination ever since the Founding Fathers, and this movies shows us that 7 decades ago, black folks, especially women, had very little to no recognition. Vaughn, Jackson and Johnson were three genius African-American ladies that took over the so-called “calculations room” and made sure that John Glenn, a national hero, was put into orbit. NASA didn’t mention their names in any document, when, in fact, they did all the heavy lifting. Hidden Figures is doing a great job of making their story known.

McDonald’s today is one of the unmistakable symbols of the United States, but not a lot of folks know that Kroc wasn’t the one who came up with the main idea behind it. The fast production and delivery system was developed by the McDonald brothers – Kroc only snatched it from their hands. The man didn’t think about the consequences for anyone else and always followed his own dreams. He ran over a lot of folks in his quest, but, eventually, managed to turn the company into an international phenomenon. He wasn’t a hero or anything like that; yet, he shed a lot of sweat and tears into the company. Put it on the list of TOP 10 English Historical movies 2017 if a real-world story is what you’re looking for.

Hands down, this is one of the most talked about movies of the year. Some folks claim it’s a complete failure, while others put it on the pedestal. One thing is clear: nobody is indifferent. The story follows two explorers in the 30s on a life-defining quest towards finding the Lost City of Z that is believed to be buried somewhere in the Amazon jungle. They can’t go back, as that would mean complete and utter defeat. So, they keep on going forward, even though their searches lead nowhere. Eventually, one of the explorers and his son go missing, putting the rest of the team on high alert. What’s really happening in this God-forsaken place?

A famous historian from the United Kingdom is in quite a pickle: she is to prove to the whole world that the horrifying Holocaust did really take place in history. A heartless fella claims that it’s all a lie and sues the woman for libel. So, she has no other choice but to embark on a journey to find written/physical proof. The task turns out to be far more exhausting and frustrating than she initially thought, but it also gives her a lot of perspective on herself and the rest of the world. If y’all watch TOP 10 English Historical films 2017, Denial would be a great place to start. 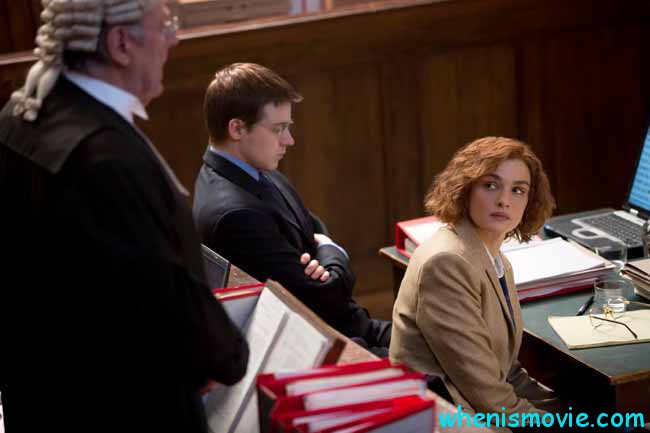 Desmond is not an ordinary young man: he’s not scared of war, nor is he a religious freak. But he refuses to take a rifle into his hands, and no general in the American Army can make him shoot and kill anyone. They threaten to lock him up as a traitor, but, eventually, Desmond ends up right in the middle of a horrifying clash between the Japanese and the US soldiers. Without a weapon to defend himself, this extraordinary fella saves numerous fallen warriors and praises God for giving him strength to keep going. Hacksaw Ridge is, without a doubt, one of the greatest historical/war movies of our time.

The Turks used to rule the better half of the world back when the Ottoman Empire was the greatest force on planet Earth. But in the beginning of a new century, they were losing their grip in the Middle-Eastern region. Still, they had more soldiers, weaponry and gold behind their backs in the war against Armenia. The historians call the brutal killings of innocent Armenians the first ever registered genocide. The Promise is the story of an American journalist, an Armenian woman from Paris and a local student who get entangled in a love triangle in the middle of a terrifying war. Of the TOP 10 latest English Historical movies 2017 release, The Promise is a stand-out cut.

Welcome to the 70s. A troubled family in California is dealing with all kinds of life-and-death situations while Carter is trying to turn America into the greatest country on the planet. These folks love and care about each other, but, at the same time, they do realize that relationships are doomed for disaster. The daily routine is daunting, so, they put everything on the line just to achieve something truly great in their lives. This is one of those dramas slash comedies that you can enjoy with a nice cup of tea while cozied up on your couch.

True, this might not be the greatest movie from our list today, but it most certainly is a thought-provoking and resonating one. The story is set in 1940 and follows the lives of the Quangels. The Nazis are successfully conquering the European continent and moving towards Russia, but the big victories come at a horrifying price. And when the couple learns of their son’s tragic death, they turn against Germany in an attempt to stop Hitler from killing more innocent young men and women. They start sharing postcards that tell people to rise against the regime.

Alright, dear friends, that was our TOP 10 popular English Historical movies in 2017, list. Pick a film you like and enjoy it with your loved ones!