Movies about different styles of dancing are always a good motivation for those who want to start doing that or just love watching and admiring someone doing it. World famous cinematography is not an exception and producers from the United States and Britain have been creating on the best films about dancing since the very beginning of 21st century. Making our TOP 10 new good Dance movies 2017 release we also included some projects from different years of this century as, unfortunately, 2017 doesn’t have too much dance projects. However, organizing such ones is already planned but for now, it is highly recommended to watch high-rated movies that are not just about a dance – for some people dancing is a life and motivation. So what are these?

You may have seen the final dance of the movie which, according to the opinion of the critics, one of the best parts of the film. The movie, that was released at the beginning of April 2016, starts with Ruby – this girl is obsessed with classic dancing and one of her biggest dreams is to become a student of Conservatory of the Arts located in Manhattan. Afterward, she meets young British guy having the talent to play the violin but illegally living in America. Ruby is trying to help him and both fall in love. At the end, they make an amazing performance with their new friends, also dancers, and win the dance competition to get a scholarship.

If you are looking for the motivational films on our TOP 10 good English Dance movies 2017 this one may be for you. In this movie, you will be able to see the story of a student that has to make an important decision in her life. She is a great dancer hearing her soul and dancing because it makes her feel free. But will she follow her dream or go back to “normal” life following the wishes of her own family?

Even if this is a 3D animated movie, we decided to put this on our list. The film was released in 2017 and was created by both French and Canadian cinematography. This musical movie follows the adventures of two friends Felicie and Victor from orphanage running away from there to beautiful Paris to follow their dreams. After arriving, they become separated but each of them finds their place in a city – Victor, as an inventor, becomes assistant of Gustave Eiffel helping him to build the Eiffel Tower and the Statue Of Liberty that is supposed to be sent to America, whilst Felicie follows one of her biggest dreams to become a ballerina in Opera Ballet. To be able to be accepted she is pretending to be Camille Le – the girl Felicie’s new friend Odette and former prima ballerina of the theater works for, as well as for her annoying mother. Odette sees the passion and big dream of Felicie and starts training her so at the end of the story young girl turns her dream into reality and gets the role she always wanted to get – she is going to play Clara in The Nutcracker.

If you want to watch TOP 10 good Dance movies 2017 you should probably start with this one if you are the fan of a TV show with the same name. In fact, this film continues the story of all the characters that appeared in the original dance academy that aired on the TVs a few years ago. Even if some of the characters are not returning for this project, it is supposed to be released in April 2017.

This teen romantic movie includes the participation of Selena Gomez. In this project, she played “Cinderella” or Mary whose big dream is dancing. She lives with her two stepsisters and stepmother. She becomes obsessed with a pop star that is supposed to return to their high school for the last year. He is also obsessed with dancing and one day, on the ball, he dances with Mary, covering her face with the mask so that her sisters would not know she is there and falls in love with her.

This Korean-American dance movie was released in 2014. Our list of TOP 10 good Dance movies 2017 represents the debut film of American dancer taking a part in Dancing With The Stars Show. The movie was shot in NYC and later Toronto. Among the main cast, some famous Korean singers also appeared in the film as the cameos.

This teen American drama about dancing follows American Ballet Company that is trying to solve particular financial problems and issues. In order to do that, they decide to add contemporary dance style into classical ballet moves.

When it comes to TOP 10 really good Dance movies this new film is a fresh start for 2017 dance cinematography as it is about a student of the college who has big plans and ambitions to attend Harvard Law School. Everything changes when she – the captain of step dance team – has to solve new problems in her life and help new white ladies to learn all the secrets of her favorite step dance in order to be able to win the dance competition. 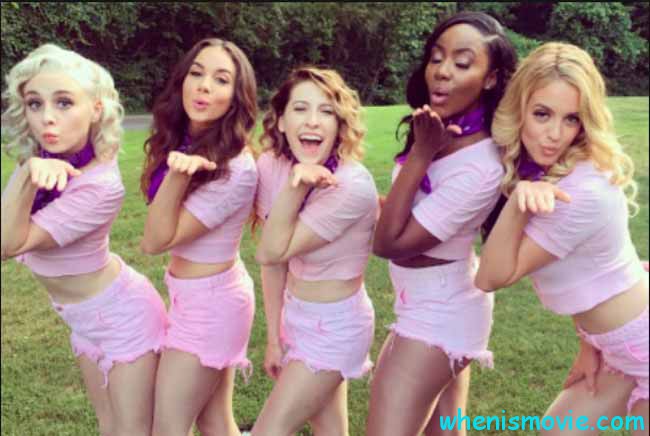 This movie is a remake of the film with the same title that was released in 1984. The film starts with the short but tragic story of five friends getting drunk at a local park. Afterward, they decide to drive over the bridge but their condition leads them to the car accident – each and every one of them dies. A few years later, the plot follows a teenager who moves to Bomont in order to live with his uncle after his mother’s death. Later on, from his new friends, he learns about a ban on dancing that was made by one of the dead boy’s father right after the horrible accident. The film is about love between two teenagers and dancing on the local streets even if it was banned.

And the last project on our TOP ten good Dance movies 2017 in theaters was released in 2010 and was created by British cinematography. This drama follows talented street dance crew in the very heart of London. However, the leader of this team leaves the group and later on the rest of guys lose their room where they used to do their rehearsals. And this is how their street dance life finds its big changes. In fact, this movie was a great opportunity for some competitors of Britain’s Got Talent to make their debut on the big cinema screen.