Mystery, the thrill of the unknown is what makes us tick, gets us excited. Now, we don’t really have much of that in our regular, routine, day-to-day lives. But, thankfully, the movie-makers have exactly what we need to satisfy our curiosity. Our TOP 10 Mystery latest movies 2017 list comes with the most intriguing, gripping and riveting releases in the genre that we’ll all be enjoying this year. 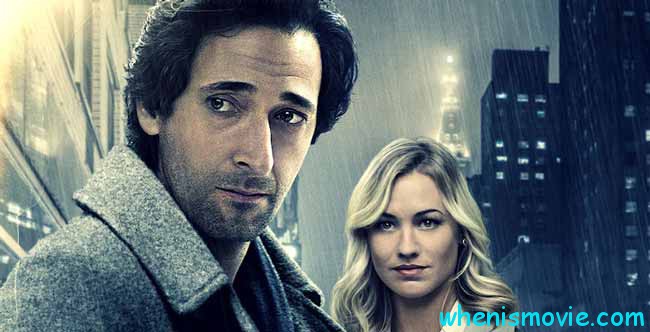 A regular flight leaves LA, and everything goes according to the plan. But, somewhere along the way, while hovering over the water, the passengers realize that something terrifying is going on. It looks like there’s an otherworldly being after them, hunting the innocent folks and scaring the hell out of them. The plane is 30K feet above the ocean, and there’s nowhere to land. What can a bunch of inexperienced folks do when confronted by an immortal entity like that? More importantly – what is it really after? Flight 7500 is equally horrifying and thrilling, which makes it an awesome candidate for a nice evening movie time with or without your friends/loved ones.

Mr. Bower, a renowned and successful psychologist who’s doing pretty great for himself, suddenly discovers that all of his patients are not living and breathing human beings but ghosts. The news devastate the man, and he starts looking for some answers. The key to figuring this out lies in his own past; he’ll have to face the wraiths from the early days if he wants to get to the bottom of this. True, it’s not that easy to deal with the demons from the past, but this is the only option he’s got. There’s a lot Bower doesn’t know about himself… Put Backtrack on the list of TOP 10 Mystery Movies recent if you’re a fan of ghost stories that are full of tension, and, of course, mystery.

Tom is trying to find the time and space to be with his wife and support her when the woman is forced to leave town and move away for her studies program’s sake. But, along the way, the man is confronted by the past: when a colleague enters a diner with a lady, Tom can swear he knows her, but can’t quite his finger on it. The woman acts as if she doesn’t know him at all, so, when she leaves, he decides to follow her, thinking that she’ll give his the answers he’s been looking for. Still, she turns out to be the exact opposite of what he hoped for and takes him through an unforgettable adventure into the night.

This movie is heavily based on the bestselling ’96 book of the same name and follows Mr. Wren, a writer for a so-so magazine: he really loves to “fix” some facts to make the stories more brisk and lively and is a big fan of scandalous events. A beautiful widow asks him to make sense of her late husband’s death, which puts him right in the middle of a perilous case that could very well destroy his career, family, and even take his life. Brody did a great job portraying the overzealous journalist, and it’s safe to say that of the new Mystery movies releases in 2017 Manhattan Night is a must-see.

A successful black couple is struggling with bringing a child into this world. They’ve tried everything, but nothing works. So, they decide to hire a surrogate mother, but their decision leads to a big-time disaster. They spend days on picking just the right woman, and Anna looks like just the ideal candidate. The Taylors are quite happy with her; yet, when her boyfriend turns into an abusive prick and the girl asks the couple to let her stay with them, everything changes for the worse. She develops a sick obsession with John, the man, putting all of their lives in danger.

Stewart is back, ladies and gentlemen, and she did a marvelous job portraying the lead role in Personal Shopper, a brand-new drama/thriller/mystery that will have you biting your nails and staring at the screen. A young girl, hired by a wealthy, elegant woman as a personal shopper, gets can’t shake the pain and grief of losing her brother. It’s been a while, but she still can’t get over it and find the strength to move on. And when he starts sending her mysterious messages, she risks it all by crossing to the other side, hoping to find her way back to him. Put Personal Shopper on the list of TOP 10 recently released Mystery movies of 2017 if suspenseful stories are your favorites.

It all started like a routine gig: to retrieve the CEO of a mighty company from a spa center somewhere in Switzerland. However, upon arrival the young man learns of a sinister conspiracy and falls under the spell of the cure that’s supposed to be magical. Time is ticking, and he’s the only hope for survival. Help isn’t coming, so, if the young man fails at finding a way out, he’ll be forever lost in the institution’s walls. It’s all a big lie that the owners of the resort use to conduct their horrible experiments. Will the boy be able to beat them at their own game?

A young fella gets himself in danger when he confront a cult, a dark group of mysterious people who have something to do with an eerie video tape that kills people a week after they watch it. When his girlfriend learns of this, she makes the biggest sacrifice possible: she puts her own life at risk and watches the tape herself to save the bloke. The girl takes her time, watches the movie to the very end and discovers another film inside the first one, which gives her a clue, a way of stopping the curse. Rings is one of the best latest Mystery movies in English 2017.

This is one of the greatest novels by the legendary Agatha Christie and the critics are calling it one of the most influential and iconic stories to date. It was first published back in 1934, and now Hollywood is finally ready to turn it into a movie. The story follows a strange murder onboard a fancy train, with Poirot, a detective, forced to solve it while the train is moving. The only problem is – there are a lot of folks on the express, and the killer could be anyone of them. Murder on the Orient Express is definitely one of the most exciting newly released Mystery movies 2017.

Verena, a lovely nurse, arrives at a gorgeous Tuscany estate to help a little boy cope with the sudden death of his mom. She’s a kind, heart-warming person and is trying to do everything in her power to cheer the boy up. But she soon discovers an evil entity in the mansions that wants only one thing: to take over her body and wreak havoc. If you’re a fan of suspenseful and thrilling movies, Voice from the Stone will be a great pick for you. The beautiful Emilia Clarke is playing Verena, which only adds to the film’s overall rating. And that concludes our TOP 10 modern Mystery movies of 2017.