Have you missed the evil doll-killer Chucky? Very soon, the famous character of the horror franchise “Child’s Play” will return to the screens in the movie “The Cult of Chucky”, the seventh part, to which Universal released a teaser and reported the first details of the plot.  In the topic below, you will find all necessary information on the movie, including the answer to the question: “When does Cult of Chucky come out?”

For those who does not know who is it, we explain: Chucky is a serial killer and Satanist Charles Leigh Ray, who, after performing the ritual, transferred his own black soul to one of the dolls of “good guy” series (the events of the first film). In the future, Chucky for many years in the form of a damned doll killed and from time to time tried to find flesh, transferring his soul from the doll to the human body. Over these decades, Chucky has acquired a doll friend and even a puppet child, but he never stopped killing.

The very news about the development of the seventh part of the horrors came from the same Mancini, where he confirmed the spreading rumors on his Twitter page but did not tell about the plot of the future film.

Recall that the first movie thriller-franchise came out in 1988. The picture was able to earn at the global box office more than 44 million dollars with a production budget of 9 million. The original picture became the basis for five sequels.

The Curse of Chucky, the last movie of the franchise at the moment, was released in 2013. Horror earned enthusiastic reviews from critics, especially noted the successful shift of emphasis from comedy to horror.

The shooting officially began on January 9, 2017, in Winnipeg (Canada).

The movie Cult of Chucky trailer is available. You can watch right now. 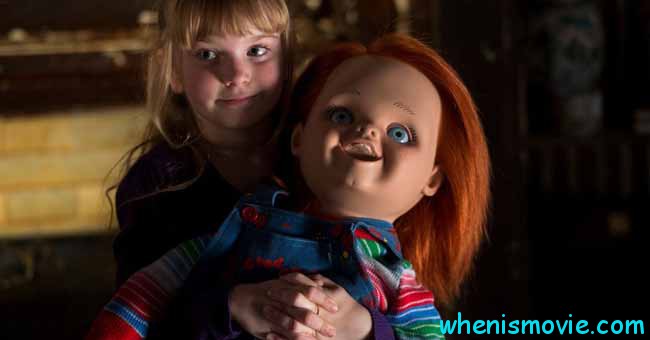 When is Cult of Chucky coming to theaters in 2017?

The movie will come out closer to Halloween 2017.

It is a return of the famous doll-killer Chucky, in which the spirit of Ray’s maniac invaded. His past victim, Nica, who lost all relatives, spent four years in a mental hospital and even believed that she herself had killed her loved ones. But when a new therapy is being conducted in the hospital – using the “Good Guy” doll – a series of mysterious murders is continued. To the aid comes Andy Barclay, the old master and the enemy of Chucky. However, the killer himself acquires a zealous companion – maniac Tiffany, who is in love with him.

The of Chucky once again will be voiced by Brad Dourif, his daughter Fiona Dourif will return to the role of Nicky, and Alex Vincent will again play Andy. The Tiffany doll will speak with the voice of actress Jennifer Tilly.

In Canada, the movie will appear on screen on the same date.

Of course, Chucky cannot be compared in popularity with such guys as Freddy Krueger or Jason Voorhees, but still, he remains a cult character.