There’s nothing quite like an exciting trip, a journey, and, thankfully, there are several outstanding movies in the genre this year that will make you believe in good old adventures again. Mr. Indiana Jones would most certainly be proud, that’s for sure! We’ve got just the right TOP 10 new good Adventure movies 2017 release list so that you won’t miss any important premieres. Ok, let’s embark on a thrilling journey!

Welcome to 1925, ladies and gentlemen. Two brave explorers, driven by their desire to find the mysterious City of Z, put everything on the line for their quest. They take their lovely families along, which means there’s no turning back from this gamble. The city is believed to be buried somewhere in the middle of the Amazon forest, and that’s where the team is headed. However, the road turns out to be quite perilous; plus, the city is nowhere to be found. Then Mr. Fawcett, the leader of the group, and his son disappear into thin air…Will the rest of the travelers be able to find the city and bring their loved ones back?

A gorgeous tropical island attracts all kinds of reckless hotshots, and Conrad, an ex-British Special Forces member, along with Mr. Randa, a man with the government, have a job to do: they are to lead a rough-tough expedition and to “check out” the island. A team of American soldiers assists them on this mission, but when a huge ape destroys their chopper, the surveillance routine turns into a game of survival. Kong is the king of the jungle, and the stranded survivors of the helicopter crash must find a way to reunite and to get the hell out of Skull Island. Of the TOP ten good Adventure movies 2017 in theaters, Kong is a must-see, period.

Louis XIV, one of the most famous kings of France, embarks on a dangerous journey to find immortality. On his quest, he finds a magical mermaid and manages to steal the poor thing’s life force. And, just when the vagabond thinks that he’s got the one and only thing that he’s been dreaming of, his illegitimate child, his daughter, learns of this creature’s existence, which further complicates the already sophisticated situation. This is a pretty amazing action-adventure-fantasy movie with a great plot and a meaningful message. 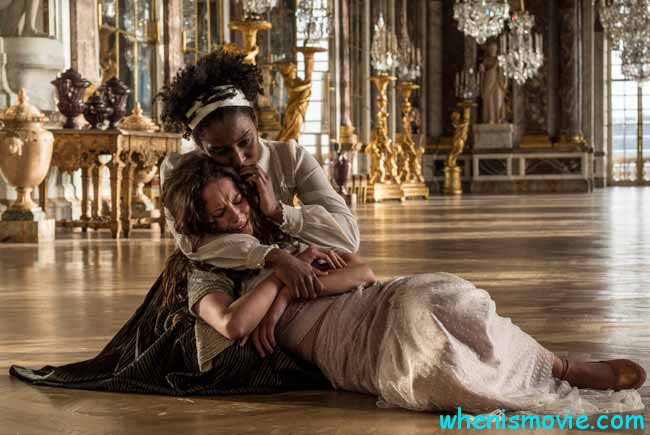 Valerian and the City of a Thousand Planets

Valerian, the main character of the story, along with Laureline, the love of his life, is a guardian of space and time, and together they make sure everything goes smoothly in the universe. They are top-secret government agents that put their lives at risk every single day. Valerian wants things between him and the girl to be more…romantic, but she pushes him away, as he doesn’t believe in the old-school family values. But, when they start an adventure in a booming metropolis, everything changes. Valerian easily makes it into the list of TOP 10 really good Adventure movies.

Sparrow is back at it again! The legendary captain is looking for a centuries-old and super-powerful artifact, and – naturally – he ends up getting into all kinds of trouble. There is a crew of brutal pirates that wants to find the artifact first, and they are ready to do whatever it takes to get it. And then there’s Salazar and his ghost thugs that would also very much like to own the Trident of Poseidon. And they all hate Jack, which means he’ll have to use his wits, savvy and pray to every single god he knows to help him pull this off.

Arthur, a fearless, courageous and capable young man, has been living out there in the brutal world without knowing that he comes from a royal family. He is the righteous king, the leader of his people, but, as he learns from a mysterious woman, his parents were betrayed by a group of traitors, so now it’s up to him to confront the ruffians and to take back the kingdom that he’s destined to lead. King Arthur is an awesome historical adventure-action movie that will linger on long after you leave the theater. If you want to check out TOP 10 good English Adventure movies 2017, start with this one!

It’s 1980, and, even though the majority of folks think that the gold rush is well behind us, there are still a lot of uncharted places on planet Earth. One adventurous man, hungry for some easy money, discovers that there are tons of gold in Indonesia just waiting for him to grab, so, he drops everything and flies across the world to make sure his dreams come to life. However, when he arrives, all of his wild expectations turn upside down. But, he’s not one to back down, and challenges are what this guy lives for. He’s an optimist, and his never-dying energy is what leads him to victory.

A man takes his family on a fantastic vacation, hoping to bring everybody closer together and enjoy a nice, quiet time with the people he loves. What starts as a dream trip to the Caribbean turns into a nightmare: the local fishermen are real-world terrorists and are ready to do whatever it takes to take what they want. The father of the family has no other choice but to fight the brutal men and to try and stay alive to see another day. If you want to watch TOP 10 good Adventure films 2017, just know that Extortion should be on that list.

Many centuries ago, a queen was robbed of her destiny and was locked up in a tomb for ages. But, a team of overzealous modern-day scientists sets her free. The queen brings death and destruction to our world, and if humanity fails to stop her, soon everything will be gone. The Mummy is a pretty intense, suspenseful and action-packed adventure-thriller that introduces something new into the genre and glues you to your seat from start to finish. Oh, and Tom Cruise did a fantastic job with the lead role, by the way.

Yes, this is yet another reinterpretation of the legendary story about a wooden boy that wants to turn into a living and breathing creature. As far as the list of TOP 10 good Adventure movies 2017 goes, Pinocchio should be right on the #1 spot if you’re planning on taking your kids to the theater in the nearest future. Mr. Robert Downey Jr. plays Geppetto, the carver that brings the puppet to life. This is a kind, warm, educational and motivating tale that will be perfect for a nice family time.