TOP 10 best Vietnam movies to watch includes the best Vietnamese films. The cinematography of the country is little known, but it is developing now at a rapid pace. Regularly shot new films, national film festivals are held, awards are given. If we talk about the old cinema, which was filmed by Vietnamese filmmakers, it is thoroughly imbued with motives of the people’s liberation struggle against the colonialism of France. Modern films continue the traditions of the old school to filmwar. Choose, watch, have fun! 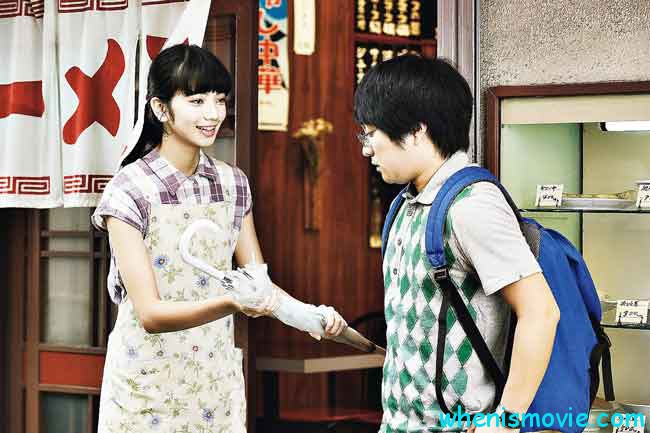 During the war in Vietnam, US troops sprayed a chemical called Agent Orange over the jungle, which was supposed to deprive the North Vietnamese army of food and shelter, but the consequences were much more serious. Twenty years have passed since the end of the war, mutilated by the chemicals used, a teenager named Chau lives in a rehabilitation center. Because of the rare disease of the hands and feet, everyone assures Chau that his dream of becoming a professional artist does not come true.

Vu, a student photographer, has just arrived in Saigon. He immediately made friends with boasting roommate Tung, a small drug dealer, and began accompanying him in the night escapades, discovering a new world. He also met with the dancer Van maintaining a relationship with Vu. Once after a night fight, they have to flee and hide in their native Vu’s village…

The Angry bride is in the TOP 10 best modern Vietnam films.

An intriguing story is the continuation of the famous comedy “Battle of the Brides.”Preparation for the wedding Ngoc with her young man is in full swing, only now strange things begin to happen. Ngocthinks that her boyfriend is unfaithful because he meets with some mysterious stranger. Who is she? And obviously, he cheats on her with this woman. The main heroine asks help from her friends, and they began to follow him. Spies manage to obtain useful information, which they gladly provide Ngoc. The girl does not know how to react to what is happening.

The main character of the film is a novice designer, who got her first chance to become famous in the fashion world. Her collection is being taken for High Fashion Week. But the problem is that the heroine’s bridegroom gets the job of his dream in Vietnam. Lovers take a decision on along-distance relationship. At first, everything is fine, and the era of social networks allows a couple to communicate every day until the girl notices Six Inch Heels in his apartment during video communication. What to do – save their relationship or career?

The film takes place in the sixties of the twentieth century. In Vietnam, the war with the United States is in full swing. A writer comes to the front, who tries to highlight the events. He finds himself in the very midst of hellhole, which began because of the oil fields. Thousands of soldiers perished daily in this battle for oil. For the writer,all attempts to justify what was happening were broken against the cruel bloody war.

It is the middle of the TOP 10 best Vietnam movies for all time.

The work of the rickshaw is difficult and dangerous for life. The main character tries to do his work honestly and conscientiously, earning a pittance. His father also worked as a rickshaw and died tragically, falling under the wheels of a car. Each district of the city has its own faction. Oncein a foreign territory, the boy is brutally beaten and taken away his wagon. Left without work, he is forced to join one of the gangs and is in the world of crime, mafia, and drugs. Soon he receives his first task – the arson of the store, which he successfully performs. Meanwhile, his own sister goes to a brothel…

The brave Vietnamese girl Trinh had a tragedy. Merciless and cruel people kidnapped her beloved baby. Now Trinh is compelled to execute orders for them. She has to fulfill very complex and dangerous tasks, each of which is accompanied by a deadly risk. But Trinh, for the sake of his beloved daughter, is ready to do this.

Brave Vietnamese girl understands that alone she could not complete the task, and so she gathers a professional team. Its members are various mercenaries, ready to kill for money. One of them becomes a mysterious man named Quan. It is with him nice but cruelTrinhhas an affair.

Quan and the rest of the team help the mother get to the kidnapped child. But the closer the task is, the more difficult the relationship between theheroine and that mysterious man, Quan. Trinh begins to suspect that in this difficult history, the mercenary has his own interests.

The narrative of the film begins with a story that we live in an amazing era, when the intellect, not the force, allows criminals to steal, and sometimes even rob large commercial or financial organizations. Hackers use gaps in complex information systems, withdrawing funds from the accounts of influential companies.

Events begin to develop at a time when special agents notice an unknown hacker nicknamed Ghost. And when it becomes clear that Interpol cannot cope with the hacker, one of the special agents, Dada, decides to carry out his own investigation. The agent collects a team of the most experienced people with a wide range of skills and abilities. And now they have to find and catch the Ghost, but it’s not so easy because he covers all the tracks and leaves no evidence behind him.

The rulersare not always acting wisely; do not always protect their people. Sometimes rulers turn out to be fierce fools, capable of destroying many innocent people. A young guy Nguyen Vu witnessed the execution of his family by the imperial soldiers. He managed to escape and find shelter within the walls of the monastery. For many years the guy lived in a monastery under the supervision of a teacher, studied martial arts, and also studied philosophy.

But all these years, Nguyen Vu wondered: Why his parents died? Who is the murderer? The reason for everything is the fact that the guy is the last descendant and great-grandson of the powerful ruler who was killed at the order of the Emperor, like all his descendants. This clarifies the story but also encourages Nguyen Vu to find the killers and avenge his family.

Here is the leader of the TOP 10 best Vietnam movies for families.

This is a story about a man who was not only the founder of the Communist Party of Vietnam but the soul of the Vietnamese revolution and the national liberation movement. The action takes place in the late 40s, when the Vietnamese people, under the leadership of Ho, fought for the country’s independence from the French imperialists.

The compilation is coming to an end.

We hope it answered the question – what is the best Vietnam movies?