What’s so great about biography films, you might ask. Aren’t they just boring as hell and try to make you shed a tear or two just to get folks talking? Well, not quite: biography movies are supposed to give you just the right motivation to go after your dreams and not to be afraid to fail. Our TOP 10 latest Hollywood Biography movies 2017 are both uplifting and inspiring, which is why you gotta check at least a couple of them out. Besides, this genre can be pretty exciting and thrilling!

Do you know who Ray Kroc is? He’s the man behind McDonald’s huge success story. Back in the day, he used to be a regular salesman, but, when he met two gifted brothers – Dick and Mac – he knew he had to put their company on the spot. They were involved in making burgers in the 50s in the beautiful Californian neighborhoods. Kroc was quite impressed with their clever and speedy technology and was instantly hooked by the idea of making it all into a franchise. Eventually, he did turn McDonald’s into a worldwide phenomenon, but not before he pulled the company from Dick and Mack. The Founder will be appreciated by the fans of The Social Network and movies alike.

All Eyez on Me

Tupac Shakur, one of the best rappers to ever walk the Earth, is a G.O.A.T. in rap music. He was a dedicated artist, a poet, and a great actor. Plus, he was into politics and used to participate in all kinds of movements. 2Pacalypse Now is considered to be the greatest hip-hop album of all times, and his politically-charged rhymes are both inspirational and motivational. The black folks call him a legend and an idol. Unfortunately, the visionary was shot in 1996 in LA and passed away 6 days later. His murder case hasn’t been solved to this day. If you’re a fan of rap and great documentaries, put All Eyez on Me on the TOP 10 new holly Biography movies list.

Battle of the Sexes

Check out this highly entertaining, engaging and funny biography film about Billie King and Bobby Riggs. These two gifted tennis players couldn’t bear the thought of being #2 on the planet. So, they were constantly at each other’s throat, and Battle of the Sexes, their insanely-popular exhibition match was the most-watched broadcast on TV and started all kinds of international disputes about gender equality. Some even claim that the whole feminist movement was inspired by Billie’s actions. Tennis is just a big part of this movie, but the thought-provoking ideas make it really worth your while.

This is the true story of Antonina, a real hero who saved the lives of hundreds of innocent folks during WW2. In 1939, she was a working wife and a loving mom in Poland, and, together with her husband, Toni ran a pretty successful zoo. However, when Germany invaded the country, the couple was forced to follow their rules. At the same time, they put their own lives at risk by working with the local Resistance. They hid numerous people from the Warsaw Ghetto in their zoo and had to live in constant fear. This is one of the greatest releases from the list of Hollywood Biography movies 2017.

Another WW2 movie based on real events. Welcome to Berlin, 1940. The Germans are celebrating the swift victory over the French. At the same time, the Quangels are devastated, as their son never returned from the front. They are just regular folks who believed in Hitler and followed his cause. Yet, now they despise the man and consider him a liar. Thus, they start to work against the Führer and encourage people to become more aware of what’s going on and to stop the villain from taking more lives. They want to kill Hitler, and soon, their reckless behavior catches up to them in the face of the SS…

Do you know how George Lazenby ended up landing the highly successful role or Mr. James Bond in one of the greatest movies in the series – On Her Majesty’s Secret Service? You will after you watch this movie! His life story might sound strange or even ridiculous, but it’s not a work of fiction. The thing is – he wasn’t a professional actor or anything. Furthermore, he didn’t have any experience in acting! But that’s not even the half of it: they offered him the role of the insanely popular agent in the next 7 films and a handsome check – $1 million – but, for some reason, the man refused. As far as the list of TOP 10 best Hollywood Biography movies of 2017 to watch goes, Becoming Bond is a must-see.

Friday is a legend in the United Kingdom, and, even though he was involved in countless scandals, the Brits still love him to death and consider the man to be one of the greatest soccer players in history. He died when he was just 38, but his short life is an inspiration to all those young blokes who can’t imagine their lives without the game. The fans remember him very well and are calling him a true English bad boy. His chaotic lifestyle did ruin his image in the 70s, but the modern-day society appreciates his enormous contribution to soccer. 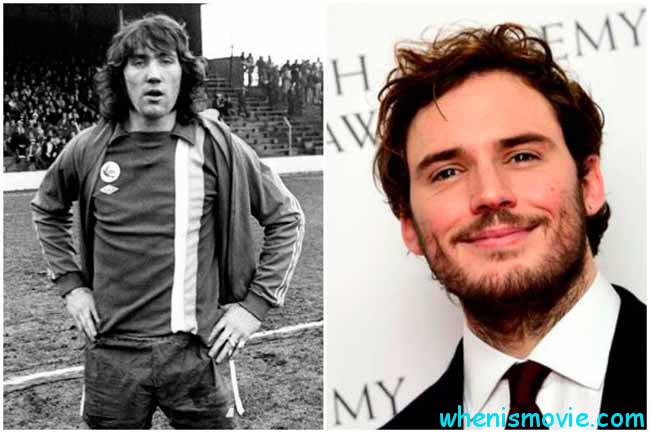 I Am Heath Ledger

The movie gives a once-in-a-lifetime opportunity to look at the legendary actor through the lens of his own camera and to get access to his most private footage. Yes, this is a collection of home movies, and it gives the audience a chance to see his true character. He was a strong-willed, fearless and talented man who knew how to love and how to be loved. I Am Heath Ledger includes interviews with his closest friends and loved ones. The list of best Hollywood Biography movies in 2017 would simply not be complete without this film.

Professor and the Madman

Have you ever wondered who created the monumental Oxford English Dictionary? We know you have! Professor and the Madman will tell you the story of its creation and follow the lives of two genius men who were obsessed with the idea of making something epic, something that would have a great impact on literature. Today, we know the OED as the best dictionary out there, but it had to go through a lot of “turbulences” before the bright heads managed to turn it into a masterpiece.

Yep, that’s right – this is the story of Britney Spears, arguably the biggest female pop star after Madonna. She had more ups and downs than any other pop icon: she used to be the most popular singer on planet Earth; then, she “fell from grace” and had to struggle with all kinds of addictions. But, she managed to get back on her feet, and today she’s still one of the biggest pop icons. If you’re a big fan of this exceptional woman, check the movie out. It’s already available worldwide! Definitely one of the TOP 10 latest released Hollywood Biography films 2017. Even if you’re not a sucker for her songs and/or hate the whole pop culture, it would still be worth taking a quick peek. After all, it’s Britney, b*tch.