There is an opinion according to which original films are always better than follow-up parts. But we are ready to argue with the skeptics and provide undeniable evidence in the form of a selection of sequels that will come out in 2017 in our TOP 10 best Hollywood Sequel movies of 2017 to watch. Of course, all these are exceptions to the rules, but one cannot but agree that the second and third parts of successful franchises are no worse than the first. So, before us continuations of the stories that we love, which won the love and recognition of an even larger number of spectators.

For example, the box office of the second part of the cult cartoon “Madagascar” surpassed the first. By the way, all three “Madagascar” were included in the list of the highest-grossing cartoons. The success of the film “Batman Returns” by Tim Burton, shot three years after the “Batman” 1989, totally overshadowed the original. In turn, “The Dark Knight” defeated “Batman: The Beginning” and “300” was the heyday of the franchise. There are a lot of such examples, and to make sure of this, we offer to watch movies from our list of best Hollywood Sequel movies in 2017. 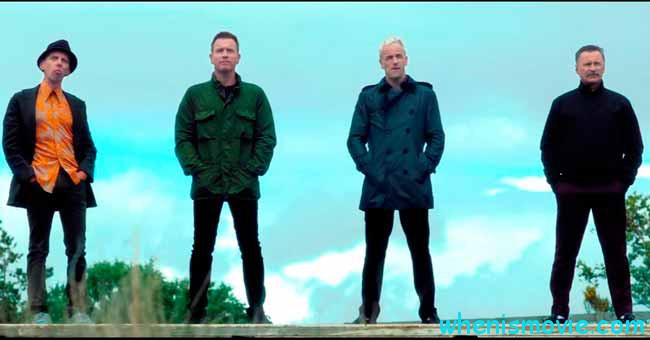 Of course, now no one can give any guarantees of financial success for the most anticipated pictures of 2017, but nevertheless, they have the potential, and the producers are already creating new bank accounts to keep the millions they will earn.

As you know, Matthew Vaughn left the post of director of the “X-Men” in order to film the first part of “Kingsman” in 2014. The first film was very successful. Matthew Vaughn admitted that he even thought about returning to the project Colin Firth (the deceased in the first part). But in the end in the second part, we will see Channing Tatum, Pedro Pascal (you probably remember him for the short but bright role of Oberyn Martell in “The Game of Thrones”), Julianne Moore as the main villain and even Elton John. Even if the second “Kingsman” turns out to be half as cheerful as the first, box office success is guaranteed to him!

The first part by director Danny Boyle on the cult novel by Irwin Welsh came out on screen in 1996 and is still considered one of the best film adaptations in history. And now, for twenty years, Boyle put the main characters on screens. Danny Boyle called his film “T2”, which in addition to Trainspotting 2 is also reminiscent of the super-successful second part of the “Terminator” by James Cameron, also bearing such a working title. Such ambitiousness may mean that Boyle is confident in his brainchild, which, as it became known, is based on the events from the original Welsh continuation of the first part.

From the “John Wick”, released in 2014, no one expected anything special, but nevertheless, this film is called along with the “Matrix” the best work of Keanu Reeves. So it is not surprising that the creators thought about the continuation of the history of the retired killer. The role of Wick is still for Keanu Reeves, also it became known that the actor’s group was joined by Lawrence Fishburne, who played in the Matrix Morpheus. Curious move from the creators has only spurred the public interest.

A fantastic film about heroes, one of which is a talking raccoon, and the second – a talking (well, that is, practically speaking) tree, immediately won the attention of many fans, despite the fact that it was initially considered a very risky venture. However, director James Gunn was so confident in his brainchild that he announced the decision to withdraw the continuation the week before the premiere of “The Guardians of the Galaxy” in 2014 at the festival Comic Con. And his hopes were justified: with 170 million budget the film collected 773 million. It is known that Kurt Russell will join the new part to Chris Pratt and Zoe Saldana. The movie is included in the TOP 10 latest Hollywood Sequel movies 2017 because it was released just now (May 5, 2017).

When in 2013 the movie “Conjuring” appeared on the screen, it became almost immediately obvious that this was one of the best horror films in recent years. Therefore, the creators could not but exploit its success, and in 2014 spin-off came out on the screen, the main character which was the sinister doll Annabel from the Warren Museum of Occultism. The first part of the “Annabelle” did not repeat the success of “Conjuring”, but the producers decided on the continuation, over which the creators of the sensational horror “The Lights Out”. So, it is quite possible that a good horror film will be made from “Annabel”.

Speaking of Ridley Scott in the context of science fiction, we cannot forget about the “Blade Runner” 1982. Moreover, now, almost 35 years later, there is a continuation. Ridley Scott has nothing to do with it, but there will be Harrison Ford. He will be joined by Ryan Gosling, Robin Wright, Dave Batista and other actors.

The last film was released in 2005 and did not meet the hopes of the creators. At IMDb, he earned only 4.3 points and with 87 million budget collected only 78 million. But nevertheless, since then, Vin Diesel has become a star. So we have a chance to get just such a film as it could be if besides the tricks there will be more or less distinct plot.

In 2011, director Rupert Wyatt did almost impossible: after replicating the “Planet of the Apes”, he completely washed away the unpleasant residue that remained from the misunderstanding that Tim Burton created. The continuation in 2014 was made by Matt Reeves. And in 2017 the premiere of continuation was appointed. The director is still the same Reeves. In the cast, there were interesting additions: there will be Judy Greer and Steve Zahn. And Anthony Serkis will again perform the role of Caesar.

Of all the films of the Marvel universe, the franchise about the Thor was taken by the audience the coolest, but the continuation, which will be released at the end of next year, has every chance to change public opinion. The main role is still on Chris Hemsworth, as well as his brother Loki – Tom Hiddleston. But this time in the film will be involved C. Blanchett, J. Goldblum, C. Urban and T. Thompson. Also, we will see the Hulk performed by M. Ruffalo. He will join the Thor to help him prevent Ragnarok, which, in the absence of his brother, set up the evil Loki in Asgard.

Hugh Jackman has played the role of Wolverine since 2000. And now – the last tour! The aged superhero will have a chance to fight a new enemy, and prove that old age does not interfere with a good fight.

The movie is included in the TOP 10 latest released Hollywood Sequel films 2017 because it was released in March 2017.

So our list of Hollywood Sequel movies 2017 ends now.