What could be better than a musical film? Only dancing movies. We have gathered in our TOP 10 best Hollywood Dance movies of 2017 to watch all the directions of the dance that you can think of.

Prepare yourself for the TOP that will make you willing to go into the dance. It turns out that when people choose certain dances, they realize certain dreams and desires, for example, find their love. Take at least ballroom dancing. Psychologists say they allow you to realize the craving for a beautiful life

In recent years, there has been a worldwide upsurge in interest in different types of dances. Some people take a great interest in them in order to keep the physical form in good condition, others like not only to master different styles and directions but also to communicate with creative people close to them in spirit. 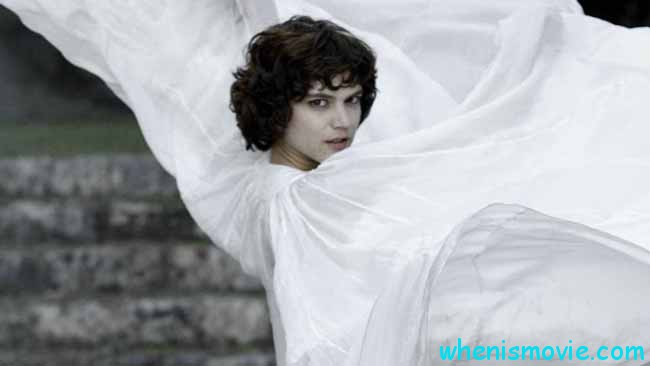 Our TOP will include not only Dance movies but also Musical element such as singing.

New York, 1887, the young Maria-Louise wants to conquer America – to become a great actress. During the performance on the stage, she gets confused in her dress but miraculously avoids falling, continuing to whirl in an elegant fabric. Shocked spectators are witnessing a historic moment – this is how modernism originated.

Maria-Louise became Loi Fuller – an electric fairy, an icon, a glowing symbol of the generation. The new muse of the Lumiere brothers and Toulouse-Lautrec is now also the star of the famous cabaret in Paris, and her butterfly dance will be shown at the Grand Opera. But fame is not all. A chance meeting of Loi Fuller with young Isadora Duncan jeopardizes her uneasy love with the husband and the very essence of the new art direction she invented.

It is the nicest movie of our TOP 10 latest Hollywood Dance movies 2017.

Mia dreams of becoming an actress, but while she serves coffee to movie stars and runs through endless auditions. Sebastian is a jazz musician who has to play simple melodies at parties. With the advent of success, each of them will have to make a decision that can jeopardize either their fragile relationship or the career that they have long dreamed of.

The girl Feliz and her friend Victor live in an orphanage. Feliz adores dancing and dreams of becoming a ballerina. To follow her dreams, Feliz enters the ballet school. But she realizes that it will be difficult to become good ballerina because if you want to best you have to beat best.

In a world inhabited exclusively by animals, a koala named Buster Moon lives. He has already owned a luxurious theater for many years, which he visited with his father and enjoyed the magnificent performances of the most talented animals. But gradually the theater began to lose its popularity, the performances no longer bring the desired profit, and it came to the point that Buster simply has nothing to pay salaries to employees. In this difficult period, he, along with his friend and partner, Eddie, decides to arrange an open song contest. Anyone can come and show their musical talent, but only the best can pass the preliminary selection and go to the big stage, where they will be watched by hundreds of amazed spectators.

At the casting come the animals from all over the city, and Buster finds it very difficult to determine the finalists of the contest. Among the many worthy candidates, the jury selects the best. As a result, the finalists of the competition are the porcupine Ash, who is fond of rock, the gorilla Johnny, who decided not to go by the criminal’s way, like his father, the sweet elephant Mina, terrified of the stage, the arrogant card-game mousse Mike, and the duet of Rosita and Guenther. Will these talented performers attract viewers and save the theater from closing?

The Tibetan Mastiff named Brody was born in a family of hereditary defenders of a local village from wolves. The father tries in every possible way to train his child for the benefit of society, but all efforts are in vain. But despite the fact that Brody has to protect his native village from the wolves, the baby still draws to the music. He finally becomes convinced of this when he begins listening radio. It’s clear that the father does not like this. Despite all the obstacles, the future musician leaves the house to fulfill his dream. His path lies to a cat named Angus, a living rock legend.

The animation is included in the TOP 10 latest released Hollywood Dance films 2017 because it was already released.

The story of a team of young and ambitious singers, who are waiting for new challenges and challenges on the way to success and wide recognition.

A powerful witch enchants the prince and his castle for his rudeness and turns the prince into a monster. Remove the spell can only sincere love of the girl who was able to discern the true beauty in the depths of his heart.

The film tells about a tour manager who travels across America with rock band.

The protagonist of the film is a 43-year-old actor Guillaume Canet who has everything in his life to be truly happy. Once, after hearing from his colleague that he had lost his former spirit, Guillaume seriously began to think about it. Convinced that he was mired in the routine of domestic affairs and ceased to be interesting for the younger generation, he decides to change her life and prove to everyone that there is still the man.

It is the leader of the list of Hollywood Dance movies 2017.

The main characters of the film – the authors of the songs of Faye and BV, along with the musical magnate Cook and waitress Rhonda in pursuit of success are involved in amazing adventures in which betrayal is interwoven with temptations.

We hope that you find in our TOP 10 new holly Dance movies something interesting for you.