In fact, it is believed that horses do multiple facial expressions in order to express their feeling, mood, and emotions. They become one of the best friends for kids and adult people alongside dogs. Many of them have inspired well-known filmmakers to create unbelievable beautiful and touchable movies with horses included that show their beauty and kind heart. We are representing our latest TOP 10 best Horse movies for all time that can be watched with the family and friends. 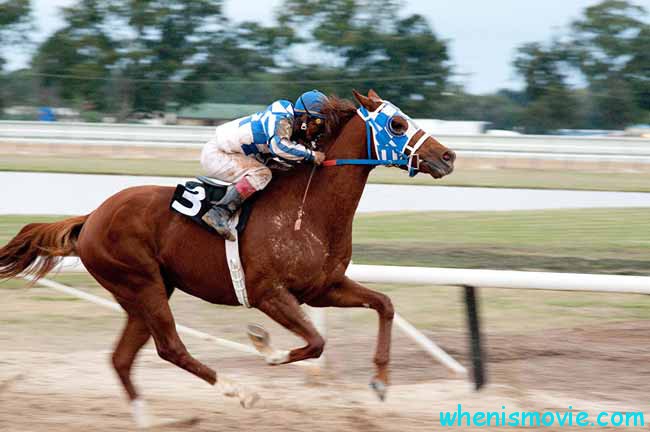 In the beginning of the film about horses, the plot focuses on a young lady named Katy who has a desire to run the horse ranch that belongs to her father but he, instead, has completely opposite plans. The man sends her to the university far away from school and wants his son to run the ranch in a few years. His son wants to apply for the college and it seems like the father has total troubles with understanding his own children.

Shortly after Katy arrives home she goes out and accidentally finds a wild mustang and decides to keep giving it a name Flicka which means little girl in the Swedish language. Afterward, the father sells the horse to the rodeo – it is now used in the competition that Katy makes a decision to enter in order to get her new best friend back.

The movie from TOP 10 best Horse movies for families stars Viggo Mortensen that portrays American man that, alongside his brave and fearless Mustang named Hidalgo, takes the participation in popular Wild West show. He is well-known horse rider but the question is either he is able to survive as well as win the long and dangerous distance across the desert with his horse.

The winner of the race, in fact, gets the chance to marry the Sheikh’s daughter. She gives multiple tips to the main character to prevent someone to win instead of him. Right after that difficult race, American man gets the respect of the Arabs and gives the Sheikh his revolver as a special present symbolizing their new friendship.

This amazing movie focuses on the story of a young boy and his new friend – the Black Stallion. They meet each other on a ship when the horse is forced to stay in a stable due to his temperament. The young boy decides to give him a few cubes of sugar but late on become caught by the owner of the horse who looks so angry.

Afterward, the boy gets the gift from his father who also tells him the story of Alexander the Great and his horse Bucephalus. Suddenly the ship begins capsizing and both realize they have to save their lives. His father runs to the help the rest of the crew and the boy remembers about the horse that he frees afterward and it jumps straight into the sea as well as the boy himself.

The boy wakes up on the island and the only creature from the ship he finds himself with is a black horse that later saves his life from the snake. They both become the best friends and after returning home the boy decides to take the participation in the race and fortunately wins it.

On the list of best Horse movies to watch we have a very touchable film starring young Scarlett Johansson. She portrays a teenager Grace obsessed with horses but one day changes her life. On an early winter morning, she and her best friend decide to ride horses, one of them suddenly slips and hits the second one making both girls falling down and dragging them onto the road where all four get hit by a truck. The best friend of Scarlett’s character is killed as well as her horse whilst Grace and her horse are only injured but Grace has to have her right leg amputated afterward.

The horse of Grace looks scared and doesn’t let anyone touch it not to mention ride – the mother of Grace notices that as well as her daughter falls into a depression so she is forced to call well-known “horse-whisperer” to save the situation.

Can you imagine how many skills did the actors and actresses need for filming this amazing project? In fact, the film unites both riding a horse and doing gymnastic tricks at the same time! It focuses on the story of Samantha being disqualified from the Olympic team. Instead of being melancholic, she makes a decision to follow her main dream and ride a horse.

Afterward, she joins the camp for the girls riding horses but the organization seems to go through pretty rough times making it the last season for the camp. Samantha makes a decision to help the camp to raise the money by making an amazing performance with the help of her new friends. She unites the gymnastic skills with her passion to ride the horses.

This film is a story about a young teenager whose life seems to be shattered as he loses his mother in a car accident. He inherits the horse that belonged to his Mom and is called Bear but decides to sell it saying the lawyer of his mother to solve that issue. The horse is now sold and belongs to the owner of the ranch that uses the horses to train children as they get the opportunity to ride the big ones.

Afterward, the boy moves to live with his grandparents but it seems life his grandfather is consumed with anger. Later on, the boy finds out that there is a ranch for horses near the houses where his uncle works and where the sold horse is. He goes there and starts working – meanwhile, he feels like falling in love with the horse and decides to buy it back. This project from the TOP 10 best Horse movies to watch is found very inspirational and pleasant to watch according to the opinions of the viewers.

Starring young Zac Effron, this movie focuses on the teenager that is forced to play baseball as his father wants him to be like him but, instead, the boy is more interested in riding the horses. One day he decides to visit his friend who shares his love with horses – afterward, the young boy begins taking the riding lessons to enter and win the competition.

This biographical drama is based on a true story and follows the woman that owns a horse and decides to enter one of the biggest competitions. In this movie from TOP 10 best modern Horse films, the brave woman considered to be just a casual housekeeper and wife proves that being dedicated to the horses can lead to impossible things no one believes in.

This movie about the beautiful black horse is the adaptation of the novel of the same name – the name of the horse is Beauty and the film represents the story of its difficult life since the day it was born. But in the end fortune finally, smiles to it and the horse finds its old best friend and the two are finally united together.

When it comes to discovering what is the best Horse movies this one brings lots of memories to the grown people that saw this film in 2005 for the very first time and fell in love with it. This is a touchable story, comedy for family and some sort of fantastic movie about a zebra that was found by a former racehorse trainer that has a daughter named Channing but is widowed. Later on, he girl becomes obsessed with little zebra and gives him a name – Stripes.

The young zebra makes new friends at the farm of his owner. Later on, they will become the best companions and the biggest support for Stripes to win the race.