These boys will definitely teach you bad things. They are devilishly clever and monstrously insidious, they know how to make the whole city tremble with terror. They are able to achieve their goals in any way. Exciting films about terrorists in TOP 10 best Terrorist movies to watch will tell about the most dangerous criminals. 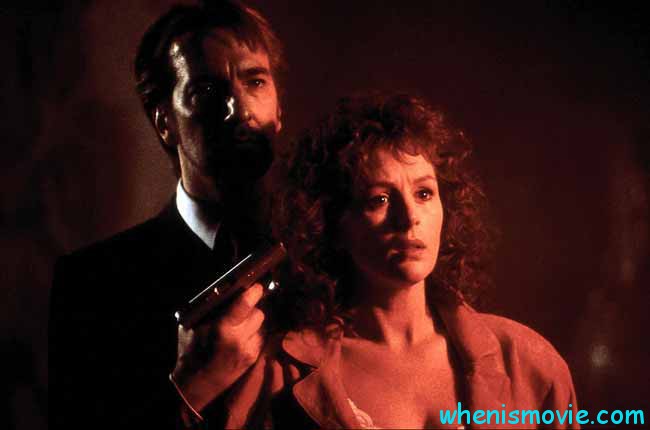 The dramatic film tells about the last hours of thelife of passengers on board flight number 93, the plane of the airline “United Airlines.” This one became one of the four planes seized by al-Qaeda terrorists, which on September 11, 2001, crashed into the Twin Towers of the World Trade Center and the Pentagon building.

The film was not made for commercial gain but in memory of those horrible events in which so many innocent people died who did not have the slightest chance of escape. Despite the hopelessness of the situation and the approaching death, panic, and shock from the realization of the whole nightmare, the passengers were able to preserve their humanity.

Everyone knows the history of the movement of US troops into Iraq. The film is dedicated to this topic. Although this is a political thriller, it nevertheless partially revealsthe events in Iraq 2003 and shows what is happening through the eyes of one of the officers of the US Army.

In search of weapons of mass destruction, Officer Miller begins to understand that the operation is not going exactly as it is supposed by law. He turns out to be trapped in the intrigue of several officials and takes the side of respectability and justice.

In the film, everyone can see that the director of “Born,” Paul Greengrass, set the goal to bring to the viewer those hidden from the world media moments that are so unfortunate to see politicians because this film affects them and criticizes.

Gerard Butler is in the TOP 10 best modern Terrorist films.

The main hero of the action movie – Special Forces commander Mike Banning works as US President bodyguard and is doing an excellent job. But on Christmas Eve, the President and the First Lady wereattacked. Mike manages to save the president, but his wife dies. After a tragic incident, Banning was fired from service and transferred to less responsible work. However, when North Korean terrorists seize the White House and take the President hostage, it was Banning who was fortunate enough to be inside the building.

Terrorists not only threaten to kill the US commander but also to deploy nuclear warheads. While millions of residents are watching the latest shocking news, and the country’s leadership is trying to find a way out of the critical situation, Mike Banning himself starts an operation to save the president.

The main hero of the action movie – police officer John Cale most wants to get to work in the security service of the president. Despite the failure of the introductory tests, John still does not lose hope, and purposefully does everything to get the work of his dreams. One day, John is invited for an interview at the White House, but he could not even imagine what this interview will turn out not only for him but for the whole country.

For the interview, John arrives with his teenage daughter, who is waiting for a tour of the world’s most famous building. However, it is at this point real horror begins to happen. Unknown attack the city, blow up the Capitol and storm the White House. Once in the midst of the fighting, officer Cale begins to make attempts to save the president and his daughter.

The action of the feature film takes place in 1991 in Iraq. US soldiers commemorate the end of the war and the expulsion of Saddam’s troops from Kuwait. At this time, four soldiers of the US Army, will, by chance, find a map that identifies the secret Saddam Hussein’s repositories, in which the looted gold is kept. Before go home, the soldiers decide on a small adventure and go in search of one of the vaults.

They find gold, as well as chic cars and a lot of values ​​that were hidden by Hussein in one of the secret bunkers. However, the operation to seize gold worth $23 million was overshadowed by the cruelty that reigned among the population.

It is the middle of the TOP 10 best Terrorist movies for all time.

One of the central characters of the film is Steven, a citizen of the United States. He served in the army and passed the Iranian war. In Iran, his worldview is changing. A man embraces the Islamic religion and begins to think that America is pursuing an aggressive policy, and its operations in the Middle East are characterized by extreme inhumanity. Stevencannot tolerate such a situation and decides to take extreme measures. He independently makes three powerful nuclear bombs and then hides them in different American cities, where they will cause the greatest damage. A former military man writes a video message requesting the government to stop wars and also liquidate its puppets.

However, Steven is quickly caught and taken to a special secret base. One of the agents of the Federal Bureau of Investigation, Helen Brody, is sent to find out the location of the bombs. However, the questioningdid not bring any results. Then the headquarters decides to use the mysterious “H.” This is a man is a member of the Special Forces and fulfills the tasks of the authorities.

In the plot of the feature film, after the tragedy that occurred on September 11, 2001, the US government launched an open hunt for the leader of one of the world’s largest and most dangerous terrorist groups, Al-Qaida, Osama bin Laden. This terrorist act influenced the young girl Maya and she decided to dedicate her life to the search for a terrorist.

After the recruitment, she begins to work in the CIA on the position of an analyst of a special unit that conducts the search for Bin Laden. Ambitious Mayasearches for the criminal and gives all her strength and energy to her work, renouncing her personal life and many important things.

The crime thriller tells about the capture of the US president by the terrorist group.

It would seem that the president’s plane is the most protected and safe facility, but the criminals managed to get on board, take the president hostage together with his family and administrative employees. The leader of the terrorists, Ivan Korshunov, demands thatthe government release General Radek, who is serving a sentence in a strict regime prison, otherwise the hostages will be killed.

Being in the airspace, there is nowhere to run, the president is forced to cooperate with criminals to save his family and people close to him.

The general of the elite Special Forcesabducts a rocket with deadly gas and takes tourists hostage in the former prison, Alcatraz.

It is the first place of the TOP 10 best Terrorist movies for families.

The police officer John McClain fights a gang of political terrorists who took as hostages two dozen people, including his wife.

Hope it answered the question – what is the best Terrorist movies?