Parkour is a newfangled hobby that has become for many, not just a sport but also a philosophy of life, because everyone dreams of beautifully and quickly overcoming obstacles, even if there is something more complicated than a concrete wall. Parkourmen are special people, with their own nature and peculiar view of the world, and they are still rarely heroes of the cinema, but in the coolest blockbusters and outstandingaction movies, there will necessarily be elements of Parkour. In our TOP 10 best Parkour movies to watch- only the most exciting tricks. 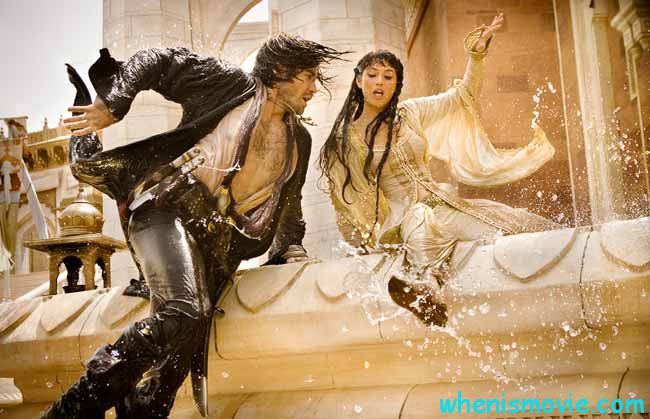 Parkour is not the only kind of street sport that is practiced by physically prepared andaspired to self-expressionyoung people. At some point, the direction free running has separated from it – free movement in space, while parkour aims to overcome obstacles between the starting and ending points of the path.

Ryan and his friends are engaged in freerunning and film their acrobatic adventures on the camera, then spread them on the Internet and win the admiration of the audience. However, once they have to apply their skills in unexpected and very frightening circumstances. They come to life in an unfamiliar room, bound and “decorated” with collars, and learn that one very inventive sadist has decided to make them the stars of his little show. Within 90 minutes they must get to the other end of the city, where the winner will receive a large cash prize, and the losers will die a terrible death – from the exploding charges, which are in their collars.

Taylor Lautner is in the TOP 10 best modern Parkour films.

The main character of the film is a young, attractive kid Cam works as a courier and he has to travel all over New York from morning till night in order to earn as much money as possible to pay off old debts. In a small rented garage, he tries to repair the car left from his father, in the same place he lives. Cam used to the dangers and unexpected situations not only on the roads: the kid is fond of parkour, and this case is accompanied by a huge risk to health and life.

Thanks to the bicycle, he can earn, but one day Cam breaks his own bicycle because of a collision with a mysterious stranger. The girl not only gives him a new cool bike but also amazes Cam with her skills in parkour. Thanks to Nikki, Cam meets a team of parkourmen who run various scams for the purpose of quick earnings. This is great for the guy because he needs to repay debts in a few days.

In the plot of the feature film, 17-year-old guy Daniel moves with his father to live in New York to escape from his past. After settling in Brooklyn, a small family begins a new life. Daniel comes to study in a new school, but does not try to find friends and is completely indifferent to adaptation. He is professionally engaged in parkour and used to live by the rules: study the environment, follow your instincts, and do not interfere with anything. Daniel tries to follow the rules constantly, thereby making his life more secure.

But he cannot avoid contact at school. The guy gets acquainted with Mark, his pretty sister Emily and the guys who are involved in parkour. New friends on interests are going to take part in thecompetition with the main prize fund in five thousand dollars.

The action takes place on the Black Sea. Here everything is great. Everyone is having fun. Once during the Parkour raids, Ignat gets acquainted with the beginning singer Lina. They fall in love. All would be well, but once Lina becomes a witness of the crime and turns out to be a hostage. Only the young guy can come to the rescue. For the sake of his beloved one, he is ready to do anything.

Kelvin is the most common teenager who is fond of parkour and cannot establish relations with his father, which went South after the death of his mother. After his father was wounded in a street fight and the police suspected Kelvin’s father of having connectionswith the criminal world, Kelvin will have to make a hard decision.

Is Kelvin ready to risk his life in order to prove his father’s innocence?

The Golden Mean of the TOP 10 best Parkour movies for all time.

The action-packed movie tells the viewer a cruel and bloody story from the life of the killers. As they say, reach people have their own weird thing. So a small company of very rich people every seven years organizes, so to speak, competition for shooters-lovers, and in other words for hired killers. The best professionals of their business from all over the world come to the chosen city to participate in the tournament for survival.

A total of thirty candidates participate and only one will be the winner and the lucky owner of $10 million. Each professional has his own story and his motives for participating in a brutal game. But the real players, dressed in expensive suits, are on the other side of the arena. For them, a survival tournament is a game where each of them chose a fighter and made a very large bet on his victory.

Abandoned to die after the incident on Bora Bora, Xander Cage not only survives but also returns to work at the National Security Agency, where he is waiting for another “impossible” task.

Seven young fellow tracers practice parkour. Their team is called Yamakasi and they have become real idols for the youth. But one day one of Yamakasi’s admirers, a boy named Djamel, unsuccessfully repeated one of the tricks, as a result of which he felt bad – he had a sick heart. Now Djamel needs an urgent heart transplant,otherwise, he will die. Yamakasi learns that this requires a huge amount of money and promise to get it at the right time. Guys learn that the doctor acts through his intermediaries, so they decide to rob each of the mediators.

The actions of the criminal film take place in 2013 in Paris. The suburbs of the city, the so-called ghetto districts, have long been living by their own rules. There reigncrime and the united street gang rules. Hazardous areas are separated from good by a concrete wall, turning into separate states. Even the police do not go there, afraid of terrible fights.

Police captain Damien gets the task to penetrate into the most dangerous 13th district and take away from the criminal authority a neutron bomb.

The first place of the TOP 10 best Parkour movies for families.

The brave hero of the world famous computer game “Prince of Persia,” who knew nothingabout the defeats in battles, moved to the screens of the big cinema. Now he has to protect the kingdom and restore his good name, whose reputation was ruined by the brutal setup that a close friend had prepared for him. Dastan needs to take away from the scoundrels an ancient and very powerful object, the power of which can move a person in the time-space continuum.

Hope it answered the question – what is the best Parkour movies?