Interesting and funny stories, temperamental, charismatic characters, clever jokes and certainly a happy ending – these are all characteristic features of any Italian movies. In our TOP 10 best Italian movies to watch, you will certainly find the movie to your liking. At the same time, directors from Italy skillfully combine humor with philosophical meaning and illustrations of complex relationships in the family or in the love department. Therefore, Italian cinema is so popular with viewers around the world. A lot of emotions from watching films are guaranteed! 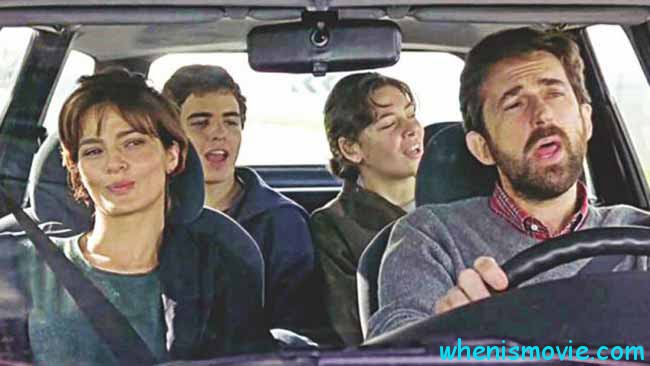 Composer Gustav von Aschenbach has anartistic and spiritual block. In the spring of 1911, he came to the resort, which is located near Venice. But quite by accident, he meets a young boy, the son of an aristocrat from Poland named Tadzio, who amazes him with his beauty. Aschenbach is ashamed of his feelings and is going to leave the resort, but at the last moment, before leaving, he gets sick and has to stay. The last days of his life he spends on a beach and watches the pranks and the game of a young boy.

Schoolchildren from the Italian province, under the leadership of the teacher, after taking off their boots, cross the Rubicon, and then go to watch slides about the main national values: Capitol wolf, the church of Santa Maria Maggiore, the tomb of Caecilia Metella, and a half-naked girl instead of St. Peter’s. So begins the “Rome” by Federico Fellini – consisting of several short stories about metaphorical, noisy and at times inconsistent dedication to the beloved city, in which there are prostitutes, bombs, and, of course, spaghetti.

Toni Servillo is in the TOP 10 best modern Italian films.

An elderly and tired 65-year-old writer, Jep Gambardella, watches the secular life of Rome, remembering his youth with a glass of gin and tonics. He is oppressed by the emptiness of entertainment of a rich and influential society. He sees a sad picture of the disintegration of personalities, and this picture looks even more depressing against the background of the dazzling panoramas of the eternal city.

This is the story of the mother “with the hands of which society kills her own son.”

The film is based on the personal dramatic experiences of the film director who arrived in Rome from his native province Friuli. In the eternal city, he was struck not by the majestic beauty of the ancient center, but by the cruel customs of the inhabitants of the outskirts, in which the action of the film develops. The main character was a prostitute nicknamed “Mamma Roma.”

The life of a woman ends tragically. All her sacrifices were in vain. Showing the panorama of the Roman palaces tous, Pasolini puts an end to the mother’s lost hopes of gaining a foothold in a decent bourgeois society. The gap between the poor and the rich cannot be overcome.

In Italy, a civil war broke out between supporters of Garibaldi – Republicans, and adherents of the ruling Bourbon dynasty. The Prince Fabrizio Salina, an aristocrat, treats events with pessimism. That’s why when his nephew Tancredi initially supports the Garibaldi rebels and afterward becomes an officer of the King of Savoy, Fabrizio does not condemn him. The prince himself does not want to take an active part in the struggle. He perfectly understands that change is inevitable.

The middle of the TOP 10 best Italian movies for all time.

The Second World War still raging, destroying states and people’s lives. Once a poor and beautiful girl, Cesira wanted to leave the remote province Ciociaria to start a new life in Rome. She was lucky to meet a wealthy man who helped to realize this dream. But during the war, Rome is constantly bombed and turned into the worst place to live, from which Cezira dreams of escaping as soon as possible because there’s nothing here worth hanging around for.

She became a widow and everything that she had left – a young daughter Rosetta, for life and peace of which Cezira very many worries. Before it’s too late, Cezira decides to leave Rome with her daughter and return to her hometown in southern Italy, where it is more safe and secure. However, the mother and daughter are not only waiting for a long, arduous journey ahead but also a real tragedy that will forever change their lives.

A well-known pair of Italian actors Adriano Celentano – Ornella Muti in cinematography became a hot, explosive mixture that can melt the ice and roil an incredible flame of passion, laughter and the best feelings and emotions. Once again, the pair proved it in a romantic comedy “Madly in Love.” In the plot of the film a simple, gruff driver of the bus, not deprived of female attention, Barnaba gets acquainted with the charming passenger Christina and immediately falls in love with beauty.

Here starts an affair, but not everything is so simple. Christina is a princess of a small state of San Tulipe and cannot marry a commoner without a title, and besides, the girl’s parents have been dating her for a long time to a famous millionaire. Insanely in love, Barnaba does not despair but seeks ways to solve this problem. And he will find them!

A couple of Giovanni and Paola are happy in marriage; they raise teenage children – daughter Irene and son Andrea. The family lives in a small coastal town and every day faces small joys and difficulties. The psychoanalyst Giovanni is used to listening to a wide variety of human problems. Every day he helps patients cope with fears and complexes, which does not affect his calm and happy life at all, but Andrea’s sudden death brings a great grief to the family.

Despite his professional activities, Giovanni cannot cope with himself and find peace of mind. The son is no more, but his father still continues to think that he is alive. At the same time, son’s room serves as a place of comfort and suffering for Giovanni. Each member of the family in its own way copes with the tragedy, and Giovanni tries to find a new meaning of life after the death of his son, but will it be possible to find it?

The feature film tells about happy days, about memories of the past, about youthful dreams and first love. In the center of the film is the Sicilian boy Salvatore, who fell in love with cinema in his early childhood. In a small town in Sicily, there was no entertainment in the post-war period and the residents were very happy to visit the only cinema Paradiso in the city.

Over time, he began a friendship with the projectionist Alfredo, who replaced the boy’s father, who died in the war. The boy Salvatore loved Alfredo, he became for him a close person, and as he grew up, he began to feel very strong feelings for the beautiful girl Helen. Years later, Salvatore will become a famous director, and the news of Alfredo’s death will awaken in him all the childhood and youth memories closely associated with the cinema world, with cinema Paradiso, and a small town in Sicily.

The leader of the TOP 10 best Italian movies for families.

United in one title, six stories tell about people fromdifferent parts of the population. They lead a different lifestyle, have different interests and even do not know about the existence of each other, but they are united by the Italian sky. Seeing their life on the screen, we understand the real and persistent nature of the Italians.

Hope it helped to find out the answer to the question – what is the best Italian movies?