The best thing people can do is to die for their homeland. It is this idea that inspires modern patriotic cinema. The number of dead and wounded in the frame is rapidly approaching the figure of real losses. Patriotic movies, like thirty, and forty years ago is almost all about war.

We are glad to present TOP 10 best Patriotic movies of 2018 to watch.

The central heroes of the film are Lieutenant Rakhimzhan Koshkarbayev and Private Grigory Bulatov. It was they who, on April 30, 1945, during the storming of the Reichstag, put a red banner. However, due to the interests of the leading party, the title of heroes was given to Meliton Kantaria and Sergeant Mikhail Egorov, who established the flag of the USSR a little later. In the film,together with the war, the personalities of Joseph Stalin, Winston Churchill, Marshal Georgy Zhukov and Nazi Otto Skorzeny will be revealed. According to creators, the film is interesting in that each represented character has its secret mission.

The plot tells about the battle between white Americans and the small Shoshone tribe. White Americans seize American lands and exterminating indigenous peoplewhile talking about freedom. According to the plot, a group of pale-faced people come to Shoshone lands and want to take them for themselves. The leader refuses, claiming that the tribe has lived here for thousands of years and this is their land. However, pale-faced people have weapons and this becomes a weighty argument. The tribe is forced to leave its native lands, but White people want more and take the main hero’s girlfriendhostage.

The great Dog is in the TOP 10 best modern Patriotic films 2018.

The animated film is dedicated to a dog that became a mascot for the 102nd Infantry Regiment of the US Army in the First World War.

No one knows how the life of a vagrant puppy of an unknown breed would’ve ended if he had not been met by a young soldier of the American army. The guy studied military courses and, walking through the fields of Yale University, saw a doggie. John Robert Conroy is the man who adopted the dog. The puppyhastiger color, short bowlegs, and the same short tail.

Now, thanks to photos, it is possible to say to which breed this dog could belong – a mix between a Boston terrier and a pit bull, but at that time, he was just a dog of unknown breed, but extremely intelligent and trained. In the shortest time, he learned all the commands, understood the bugle sounds and even learned how to give a military greeting. At the same time, he raised his paw and brought it to his head exactly when it was necessary. The dog was named Stubby and he became a favorite of the 102nd regiment of the 26th Infantry Division of the United States.

It is unlikely that he would have been at the front and subsequently received the rank of sergeant if his mentor and friend John Conroy had not secretly taken it with him when their division was sent to France. The rules did not allow the presence of animals, but when the officer saw dog’s military greeting, he let the dog stay.

At the front, Stubby showed himself extremely useful. After the gas attack of the Germans, the dog suffered, but he remembered the deadly smell for the rest of his life. This sensitivity of the doggie saved the lives of many American soldiers. One morning, he smelled this nasty smelland began to bark, to bite sleeping soldiers.

Soon after the events of September 11th, a team of CIA agents and US Special Forces go to Afghanistan to try to eliminate a terrorist organization, the Taliban.

A military drama is about a special division of service dogs, which during the Great Patriotic War was used to undermine German tanks and other armored vehicles of the enemy. The so-called anti-tank dogs or tank destroyers, as they were officially called, equipped with explosives, rushed under the enemy’s tank and undermined it. The kamikaze dogs shocked the Germans. The German command even issued a special order, according to which every soldier was obliged to shoot a dog that appeared in his line of sight.

It is the middle of the TOP 10 best recent Patriotic movies.

The action of the film takes place in 1941 during the Great Patriotic War. The protagonist of the – a young Soviet soldier Ivushkin, having entered into an unequal battle with a tank company led by Klaus Jager, is captured by the Germans and miraculously remains alive.

After being imprisoned for several years, Ivushkin decides to take a desperate step and, having captured the Soviet T-34 tank, escapes right during the German training at the Ohrdruf training ground. Angry Klaus Jager, not wanting to be fooled again by a simple Soviet soldier, sends out the latest “Panthers” for the fugitive. Ivushkin has to overcome 350 kilometers to the border and hide from the pursuing German tanks.

The key character in the story is Michael Cutler, who was recently a significant CIA official, and now he is sent to an elite military unit, where he will continue to work in the department. He has to carry out tasks in one of the most dangerous points of the world – Afghanistan.

According to intelligence reports, the heads of the Taliban terrorist group are here. The hero needs to find a secret base, where the terrorist’sleaders actually hide, and eliminate them. Initially, it became clear that the mission is far from simple and Mike will have to be properly prepared in order to successfully perform the task. Once in a foreign country, a man begins to understand that it will be incredibly difficult to survive here.

The third part of the “anti-terrorist” action-franchise is about the high-class agent of the US Secret Service, Mike Banning, who rescues from the deadly conspiracy the heads of world politics. But this time, Banning himself becomes the target of terrorists. However, the inevitable side-sacrifices will simply play into the hands of terrorists – the more, the better. 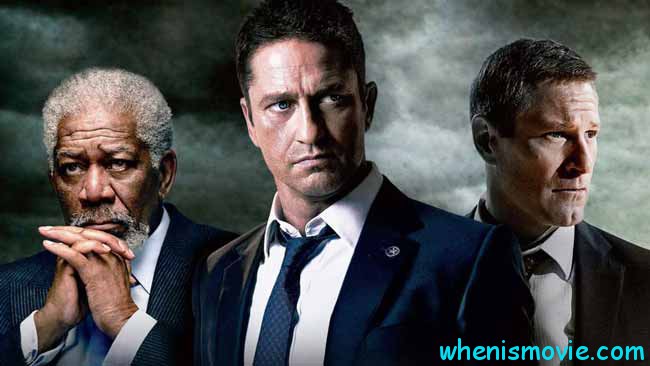 It’s been years since the events of the first film, during this time the son of Marshal Pentecost managed to grow up. Jaegers are no longer extraordinary. At this point, a new gap opens between the dimensions…

Hope it answered the question – what is the best Patriotic movies in 2018?