Movies about skateboarding are usually divided into two types: feature and documentary. In the documentary, you will find a lot of interesting facts from the history of skateboarding, life stories and lessons, and of course hundreds of original tricks. Documentary films expand the horizon of thinking and give a lot of food for thought, even teach life and business thinking to some extent. Feature films about skateboarding – it’s more fun for the soul. Among them, there are fascinating and entertaining movies too. How many skateboarding films have you already seen? 5, 10, 20? We tried and made TOP 10 best Skateboarding movies to watch that you probably did not even know about. If you ready let’s go! 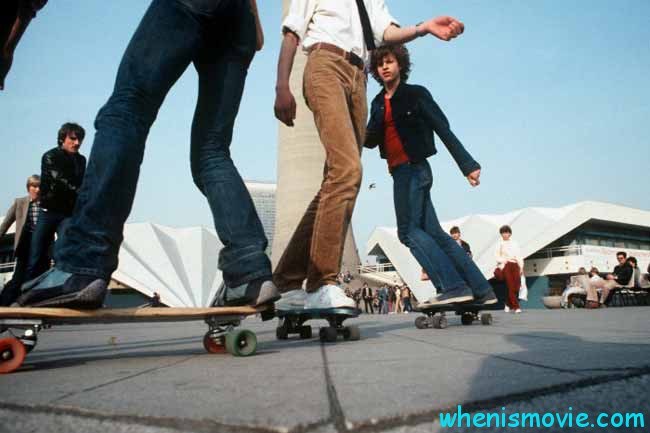 Before you is a thrilling film about a young skater whose passion has become the meaning of his life. The protagonist is an excellent skateboarder, who has many associates and friends. However, he had a stepbrother of Vietnamese origin, who died under very strange circumstances. Authorities conducting the investigation concluded that this was a suicide, which sometimes happens among adolescents. However, his brother does not believe in even the slightest possibility of suicide, he knew him too.

The actions of a dramatic film based on real events unfold in the 70s of the last century in California. The company of young guys: Skip, Tony, Jay, and Stacy love to surf. Young rebels like extreme, love speed, like boards in all its manifestations. And once this love pushed the guys to open a new extreme sport – thewholesubculture called skateboarding.

On the streets of their native Dogtown, the guys find empty pools in which they hone their skills. Soon the company of best friends becomes real stars of skateboarding. However, the film’s heroes did not expect that with popularity and fame they will be hit by big problems that will destroy a strong friendship.

This documentary tells the story of a group of teenagers, pretty hooligans, from disadvantaged families who lived in the 60s and 70s in the poor coastal area of Santa Monica – “The Dogtown.” A story based on real events, told by Sean Penn: the origin of the history of skateboarding in Southern California + a strong influence of the culture of surfing in the vicinity of Santa Monica and Venice.

Four friends – fans of skateboards – decide to achieve fame. They organize their team and embark on an adventurous journey to the places of competitions and parties. Will they be able to achieve recognition?

Benjamin and Jerome perfectly skateboard and love to drive around Paris for fun, improving skills and showing off themselves in front of the girls. But their carefree life ends at the moment when they become casual witnesses of squabbles between drug dealers. The guys managed to capture everything that happens on the cell phone, and now the bandits will never want to leave such dangerous witnesses alive. Friends will have to push themselves to the limits to run away from their pursuers on their skateboards.

It is the Golden Mean of the TOP 10 best Skateboard movies for all time.

Amazing chimpanzee Jack, more than once admiring his fans with his skill, is again invited to the hockey team “Primates” to help it win the champion title. However, the success of the team does not please its cunning opponents, who deceitfully seek disqualification of the talented primate.

Outside of the game, Jack finds himself a new friend, the homeless guy Ben Johnson, who most of all likes to ride around the streets on a skateboard. Ben is preparing for a big tournament of skateboarders, and Jack, instantly mastered the wisdom of riding a strange board with wheels, is willing to help him in this.

Will Ben and Jack become the new kings of the swift world of skateboarding? And who will now help the “Simians” team, which without its star player suffers one defeat after another?

“Yeah Right! Yeah, Right!” is one of the biggest videos in the history of skateboarding. Its duration is just more than an hour! In the team Girl / Chocolate, there are so many people skating that even despite such impressive size of the film, a good half of the riders did not have enough time for their own program. Therefore, some skaters performed only a few tricks. It’s a pity, for example, that Guy Mariano, who starred in the “Mouse” with his whole program – in “Yeah, Right!” performed only one trick, and the giant Sean Sheffey did not even show up in the video. Rick Howard, Jeron Wilson, Rudy Johnson, Tony Ferguson, as well as Chico Brenes, Richard Mulder, Scott Johnston, Kenny Anderson, too, were left without their own program.

Derrick’s dream is in the TOP 10 best Skateboarding movies.

Derrick Cabrera, like any skateboarder, dreams of becoming famous and getting a sponsor. He has the talent to become the first skateboarder in the world, but there are strong obstacles, obstacles prevent him and he must overcome them in order to realize his dream. Derrick is under the intense pressure from his parents, because of learning difficulties, his girlfriend, who considers him a loser and his best friend, who becomes his rival. The guy gets tired of everything and runs away from home and goes to the “Tampa Am” contest, where he has a chance to be noticed and become a famous skater.

A documentary about the rise of the legendary skateboarder Danny Way (DANNY WAY) and his gigantic contribution to modern extreme sports. Danny’s difficult childhood did not break his temper. On the contrary, at the age of 11, he won important competitions and decided to forever tie his life to skateboarding.

The film will give us detailed information about Danny’s life journey, his childhood, development, and everything that helped him to become so famous and popular in skateboarding. Recall, DANNY WAY, who successfully jumped on a skateboard across the Great Wall of China, is a co-founder of the famous DC Shoes brand, and co-owner of the brand Plan B. DANNY WAY – a man who achieved unprecedented status in his favorite business.

Here is the leader of the TOP 10 best modern Skateboarding films.

It is a famous film about the history of skateboarding in the GDR. The picture tells of three friends from a small town, mastering the outlandish for conservative people skating on the boards. In search of adventure, the guys move to the capital, where they find people who are close in spirit and begin to create the history of German skateboarding. Their rebellious spirit is of interest even to Stasi agents, so riders have to sacrifice many for the sake of their favorite occupation.

Our compilation is coming to an end.

We hope that in this Top you find the answer to the question – What is the best Skateboard movies?