Christian feature films are soaked with love and kindness. There are no scenes of violence and cruelty in them. In these films, there is no cynicism and cheap populism. They belong to a completely different category of cinema – to those films that you want to rewatchagain and again.

We are glad to present you TOP 10 best Christian movies to watch.

Christian feature films can be shot based on stories described in the Bible or based on stories taken from real life. They can show the lives of famous people and ordinary Christians. Tell us about the ancient times and the modern world. Regardless of the plot, the main thing in any Christian cinema is love for one’s neighbor, and love of God. In these films, we are amazed at the ability of heroes to see even in the most difficult life situationthe ray of hope and faith. The heroes of these films, regardless of all the adversity, are able to find their own happiness. 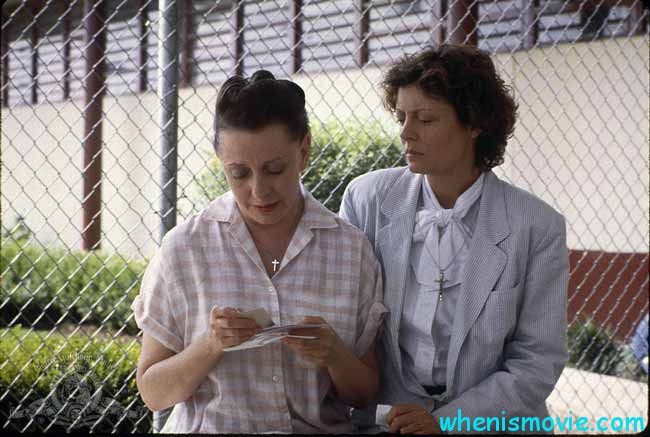 This is a story about the life and work of two preachers who believe in the Christian God and who carry this faith to people. Pastor Jenkins is a sleek European who speaks with his incendiary sermons to the rhythms of music in a popular and richly decorated church. His colleague, African-American pastor Jake Sanders, sees his mission quite differently. He strives to help people not with words, but with deeds, filling with meaning the life of those who left without anything.

He was, and remains, the iconic figure of the Evangelism of the late 20th – early 21st centuries. But what do we know about his early years? The years that led him to the service of a lifetime? In a factual biography of a historical drama, shot and scripted by the acclaimed actor Robbie Benson, Billy Graham is shown as a sincere young man whose life forever changed through communication with another vigorous follower of God, Charles Templeton. Being close friends, young people, at some point, choose different paths in their life and move in opposite directions. Templeton’s faith does not withstand the power of the scientific revolution, which, it seems to him, provides undeniable evidence that negates the Christian faith. The disbelief demonstrated by Templeton, in turn, urges Graham to respond to the call to serve in the worsening economic crisis of the southern states of America, to lead people, mired in agnosticism and atheism, to the God.

A difficult choice is in the TOP 10 best modern Christian films.

The events that occurred during the school years with the main characters contributed to a big change in their nature. If Jake became the life of a party and the star of the local basketball team, then his closest friend, Roger, on the contrary, turned into an unsociable character. Jake for a long time did not pay attention to what is happening in the soul of a friend. One day he learns that Roger committed suicide.

This news makes him reconsider his own views on life. He tries to understand if he could prevent this tragic event. But the answer to this question remains unknown to him. After careful consideration, Jake concludes that from now he must help his peers who suffer from loneliness. His close friend felt rejected. Perhaps this is what drove him to suicide. Jake is responsive to all who are suffering, but his actions are not understood by his close friends. The protagonist understands that his popularity at school is in jeopardy. Now he has to make a difficult choice – maintain the image that his new friends are used to or continue to help those who need it.

The film’s history is based on real events. One of the Dutch families, after the Nazi occupation of the territory of its country, helps the Jewish people to hide in their homes from the Nazis. However, they were declassified and exiled to a concentration camp. The ten Boom family was very religious, therefore, in the concentration camp preached their worldview, and helped people who had already lost all hope of salvation.

In the center of the feature film – the rivalry between two British athletes who sought to win the 1924 Summer Olympics held in Paris. A young, confident student of Cambridge, Harold Abrahams, despite his Jewish background, considers himself a true Englishman. He is a successful athlete and is ready to fight the main rival – Scottish missionary Eric Liddell, nicknamed the “Flying Scotsman.”

Being an ardent Catholic, Eric is sure that it was the Lord who awarded him with strong legs and incredible speed, which allow him to win championships. His world view is very different from the worldview of the purposeful and assertive Harold, who all the time has to prove to the whole world that nationality does not define a person. So, the sporting confrontation turns into a confrontation of characters, world views, and even religion.

It is the middle of the TOP 10 best Christian movies for all time.

The Mormon community undergoes a brutal attack, after which hundreds of civilians are forced to flee from their homes in a hurry to save their lives. In the face of the growing threat, a young man endowed with a talent of foresight leads people in the struggle against the aggressor.

This 3-hour narration carries the viewer to the ancient world, carefully and meticulously recreated, including the original soundtrack, filled with the sounds of instruments from that time. The picture exactly follows the text of the “The Gospel of John,” without adding anything from the other gospels and not missing complex moments.

The main character of the feature film is young, raisedwith money guy Jason Stevens. He never worked and did not know any problems. In his chic life, there are the best penthouses and houses, expensive cars and glamorous beauties, exquisite dishes in expensive restaurants and a private jet. It is all thanks to the millionaire grandfather Howard Stevens, who provided his family for several generations.

However, after the death of his grandfather, Jason appears to be the only member of the family who does not immediately receive an inheritance. Concerned about the life of his grandson, who simply wastesthe life and respects nothing, Howard Stevens prepared him the last gift in the form of twelve assignments. If Jason copes with all the tasks, he will receive his secret inheritance. Will the guy cope with the lessons of life?

Carpenter Jesus of Nazareth is engaged in the manufacture of crosses for the Romans. Criminals are crucified on these crosses. Tortured by the temptations of demons, Jesus feels a pity for people and world. He constantly appeals to God, trying to figure out what kind of destiny God has prepared for him. However, when his mission is nearing completion, he comes face to face with the strongest temptation – the normal life of a good man…

It is the first place of the TOP 10 best Christian movies for families.

Matthew Poncelet is sentenced to death for the murder charged. Sister Helen Prejean, a Catholic nun, and opponent of the death penalty, becomes Matthew’s spiritual mentor. Soon the attitude of Matthew and Helen to each other is very different. Matthew insists that he did not commit murder of children, but in fact, all this was done by his accomplice. Helen wants to help Matthew and overturn a conviction; she even visits his family and relatives of the victims.

Hope it answered the question – what is the best Christian movies?