They say that the Asian movies are all the same and after you watch, say, a couple of Chinese releases, there will be no point in checking out what the rest of the continent has to offer. However, that couldn’t be further away from the truth and in our list of TOP 10 best Thailand movies for all time, we’ll prove that this country is capable of exciting and amazing the viewers.

We’ve made a collection of the greatest Thai films that will show you just how diverse and complex the industry is these days. So, without further ado, let’s order some Thai food, get comfortable in our seats and take a look at the following titles. 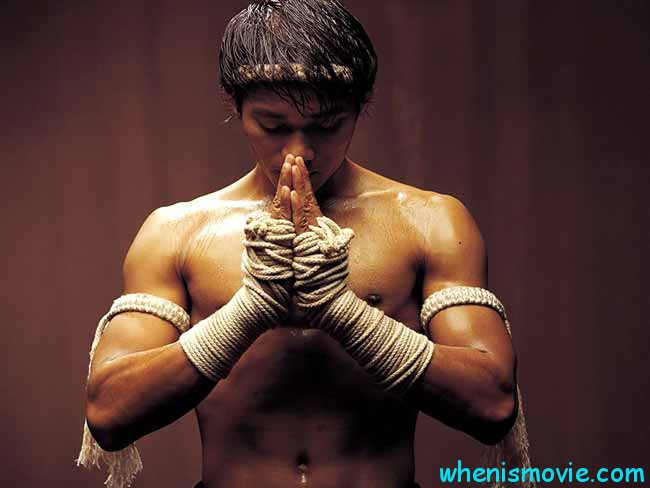 The story follows Phaen, a gifted young fella who can’t imagine his life without music. The man has a great voice and likes to sing in pretty much every corner. At one of the many fairs, a beautiful girl catches his eye, and he falls in love – right there and then. Soon, the two get married, and he gives her a radio as a present.

It gives him hope that one day, he’ll get his chance at becoming a celebrity in show business. When Sadao tells him that she’s expecting a child, his heart breaks, because the army calls upon him to serve. Eventually, he ends up in Bangkok and turns into a striving musician with no perspectives. Is there a way out from this mess, or is Phaen forever destined to be a dreamer?

A group of talented “country” singers is ready to do whatever it takes to win a highly prestigious musical contest. Their goal is to be #1 and win the ultimate prize – one million baht (that’s around 30K USD). Obviously, every single contestant is for himself, and it’s going to be almost impossible to win for the so-called “outsiders”. Roong is just a regular boy from a village, but he’s got a mighty gift, and, if used wisely, it will take him to the pedestal. If you love uplifting musicals, make sure to check this comedy out. As far as the TOP 10 best Thailand movies for families go, we’d say this one is right on top of the list.

An old legend describes a tiny village in the middle of nowhere that refused to bow down to the brutal Burmese. They became brothers in arms and put everything on the line for a chance to be free. The enemy had bigger numbers, better equipment, and highly-trained soldiers, but it was the spirit of the villagers that helped them defend their home and send the invaders back to where they came from. The Burmese attacked this settlement more times than they could count, and soon, these brave defenders turned into living legends. When the enemy sent a horde their way, it was time for the elderly, the women and the children to join the fight and stand their ground for one last time.

Welcome to 1868. Nang and Mak are happily married and spending every minute of the day with each other, praising God for bringing them together. Unfortunately, when the war breaks, Mak leaves his beloved to fight the enemy. This is the last thing he wants to do, especially now that his wife is pregnant. On the battlefield, the man’s best friend dies and he gets severely wounded.

A miracle saves him, and, after a long time, he manages to make it back home. He reunites with his family – Nak and the newly-born boy – and the three of them lead a happy life. But when one of Mak’s buddies pays him a visit and reveals a huge secret, everything changes. Put Nang Nak on the list of best Thailand movies to watch if you love touching romantic dramas and historical blockbusters.

The plot is based on Naresuan, the glorious king who led the Siamese to victory and freed them from the vicious Burma. The man came to this earth in 1555 and the enemy took him away, held him hostage. The boy grew up into a fierce fighter who yielded his sword like no other soldier in the kingdom.

Naresuan learned the Burma traditions, customs, and pretty much became one of them. However, he never forgot his roots and used this time to perfect his skills and come up with a plan to take back what belonged to him and his people. The enemy could’ve never thought that a child they took away would turn into their conqueror. Fast-paced and thrilling, Kingdom Of War is a great historical drama.

The story is centered on two BFFs, Toey and Cherry. These girls are fun, beautiful, adventurous and talented. And, even though they’re friends, the young ladies are different. One is terrible at school and doesn’t want to study. The other lassie knows her way around math, geometry, and geography but had her fragile heart broken. When the two realize there’s nothing holding them at home, the girls decide to take a trip to the heart of Europe and look for new experiences. Will they be able to find work, support themselves and enjoy their new lives as grown-ups in a foreign country? As far as the TOP 10 best modern Thailand films go, Dear Galileo is a worthy pick.

Tock is going through a rough patch: his father and his grandfather (along with the whole family line of comedians) want him to follow their footsteps. But there’s a huge problem that he doesn’t know how to deal with – he is not funny and has no love for the profession. Well, he tries to understand it and come up with awesome jokes, but he usually fails every single time and embarasses himself.

Furthermore, his own sis is so much better at this and he kinda gets lost in her mighty shadow. But when fate sends a beautiful dermatologist his way, the dreamy man falls in love with her instantly. As it soon turns out, she’s the only person in the world who laughs at his jokes and calls him a funny dude. Could she be the inspiration Tock needs to be a great comedian?

After a merciless thug steals the head of a sacred statue, that of Buddha, the village falls into despair. So now it’s up to a striving martial arts master to head into the cave of the beast and retrieve what belongs to this people. Ting follows the vagabond all the way to Bangkok with only one goal – to defeat him and take the prize. Naturally, he’ll have to beat numerous fighters on his way to the statue’s head, and the man is not shy to show what he’s capable of. His incredible Thai fighting skills turn this film into a sight for sore eyes. As a matter of fact, of the TOP 10 best Thailand movies to watch, Ong-Bak is probably the most entertaining, gripping, fun and uplifting film.

Jane and her boyfriend, Tun, are in Bangkok, celebrating life and having a great time with their best friends. The man is a photographer and makes a living on taking awesome pics. On their way back, Jane hits an innocent girl on the road.But, instead of stopping the vehicle and lending her a helping hand, the couple flees.

However, the pictures show a number of strange shadows that were never supposed to be there. Soon, these two find themselves being hunted by the evil ghost of the dead young woman. Revenge is the only thing she’s after, and the phantom will never rest until both the fella and the girl are dead. This is a fight for survival: Tun will have to reveal secrets from his past to save Jane.

Based on a true story, this is a movie about ideas, hopes, dreams, and revolution. Seksan, a strong-willed student with a big heart, spearheaded the biggest uprising in the history of modern-day Thailand. Back in 1973, he was just a young man, but his actions led to huge shifts. His followers threw the brutal dictators off and brought democracy back to the hard-working Thai folks.

Unfortunately, not every single corrupt politician was toppled, and the ones that wanted to get back on that throne came after them. They killed numerous young activists, forcing Seksan and his girlfriend to join the Communist Party and fight the enemy with guns.

So, what is the best Thailand movies? You already know the answer!