Back when we were little kids/teenagers, we all dreamed of becoming great pirates/captains who defeat all their enemies and hunt for gold and other treasures. Even when we grow up and have our own children, the spirit of an adventurer still lingers on, hoping to take over once again. And while that’s not really possible, it’s safe to say that the best way to reconnect with your inner hunter is to read books and watch films/TV shows. Our list of TOP 10 best Treasure Hunt movies for all time is exactly what you’ll need to feel like you’re a little boy/girl again. So, are you ready to embark on the most amazing (and possibly dangerous) journey of your life? If the answer is yes, then stop whatever you’re doing and let’s go hunting! 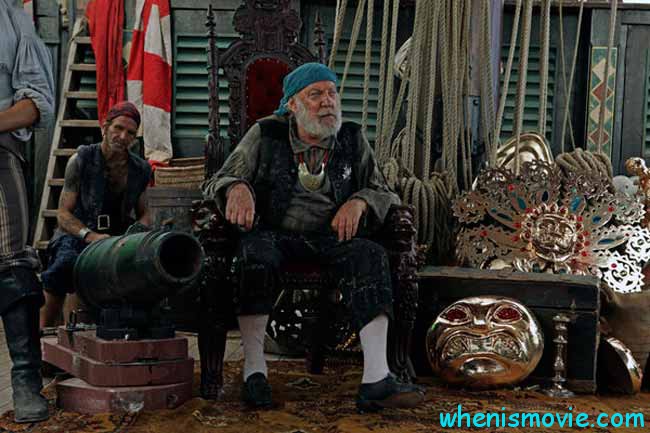 This wonderful film came out in 1999 but is still considered to be one hell of an adventure movie. Yes, it is quite, let’s say, primitive, but the fun is there, and that’s all that matters in this genre. A beautiful English woman and an overzealous man from America join forces in trying to figure out the mystery behind an ancient city and its secrets. They have no idea that there are others who want to put their hands on this precious place. Eventually, they set an ancient evil spirit free and it kills them all. Dubbed “The Mummy”, this creature is more powerful than anything mankind has ever seen. Swords and bullets don’t kill it. And the beast is getting stronger with every passing moment. In order to put it down, the dynamic duo will have to come up with a new plan.

Another classic cut from back in the day. Morgan is a fearless young woman on a perilous journey towards finding and connecting three separate parts of a legendary map. She’s traveling with her servant, Will, and hopes that the map will take her to a treasure, unlike anything she’s ever seen. The only problem is – her own uncle is in possession of the last piece. And, as far as she’s concerned, he’s a murderer, a thief. Morgan is leading a crew, but the men don’t really like when a woman commands them. So, she’ll have to act fast and prove to her people that she’s got what it takes to be the captain. Once a pirate, always a pirate, and that is why the British fleet is coming after her. If you’re looking for the TOP 10 best Treasure Hunt movies for families, make sure to check this one out.

Dirk used to be a top-notch SEAL, but now he’s spending his days and nights hunting for lost gold. He’s one of the finest “hounds” in the whole world and never travels alone. Al, his biggest buddy in the Universe, follows him wherever the man goes. They are on the greatest quest of their lives: the fellas want to find a lost ship from the Civil War days that used to protect a mysterious cargo. It’s resting somewhere in Sahara, and the one who gets there first will become insanely rich. On their way, they meet a gorgeous scientist, Eva, and join forces with the beauty. She’s confident that there’s more to that treasure than just gold – the cargo might be dangerous and threaten the peace on planet Earth.

This movie came out more than a decade ago, but it’s still one of the most popular ones in the genre. Tom Hanks did a terrific job with the lead male role, and the plot is incredibly gripping and thrilling. Mr. Langdon is a renowned professor on a trip to France. An accident puts him at the forefront of a global conspiracy that stretches from the ancient times to the modern day. The man is about to uncover the biggest mystery in the history of mankind. But there are some evil forces that don’t want the professor to be successful. They are ready to do whatever it takes to stop him. Will he manage to outmaneuver and outsmart them all and get to the bottom of it all? Of the TOP 10 best modern Treasure Hunt films, this one’s a solid pick.

Mr. Gates, a historian, believes that there’s a treasure chest hidden somewhere in America by the Founding Fathers. The man’s father and grandfather are both famous hunters, and their love for discovering hidden treasures is a part of who he is. The Fathers have scattered tips and hints about the chest’s whereabouts all over the country. As he gets closer to figuring out its exact location, one of his friends betrays him, forcing the man to steal the Declaration of Independence. The Bureau learns of his crimes and sends a team to track him down. At the same time, a group of lethal mercenaries is on his tail, and it’s going to take a miracle for Gates to make it to the Temple and to secure the treasure.

The Gulf War is finally over, but for a bunch of adventurous mercs, the fun is just getting started. They’ve heard of a huge pile of gold hidden somewhere close to the American base of operations and intend to steal it. The soldiers get their hands on a map that will, supposedly, lead them to the treasures. The brave men hop on a trip towards wealth and heroism. They thought that this would be just a walk in the park, but, as it soon turns out, when it comes to Iraq, nothing’s said and done. Upon arrival, they discover that the locals are fighting against Hussein but are not protected by the US military. So, will these three lend a helping hand, or just go for the gold? Put Three Kings on the list of best Treasure Hunt movies to watchif you love action-packed and fun films.

Barbossa, a wicked captain of a pirate ship, kidnaps Elizabeth, the one and only kid of the local governor, and secures what remains of the Aztec gold. Jack is also a pirate and they give him a chance to prove his worth by aiding Mr. Turner, a blacksmith, in bringing the young woman back safe and sound. At first, they have no idea about the Aztec treasure and what it means. But when they arrive at the destination, the terrifying truth shocks them to the core. Barbossa wants to sacrifice her and to free himself of a decades-old curse. It’s up to Jack and his partner to stop the madman and to make sure justice is served.

Welcome to 1936, ladies and gentlemen. Mr. Jones, a professor and a big fan of adventures, is wandering in the South-American jungles, hoping to find a precious golden statue. He nearly escapes death and goes back to civilization. There, Mr. Brody tells him about an ancient artifact that might be the key to understanding humankind. Obviously, Indiana can’t say no to a perilous adventure and agrees to find it. On his journey, the man visits Egypt, Nepal and other exotic places in search for the priceless Ark. The Nazis are chasing after him, though, which means he’ll have to act fast. Definitely, one of the TOP 10 best Treasure Hunt movies to watch.

Angel is an assassin who never fails a mission if he’s properly paid. Blondie is a top-notch gun-slinger, one of the best in the Wild West. All he ever wants to do is make money and live like a king. And then there’s Tuco, a wanted man trying to hide from the law. The second and the third fellas are working together: Blondie is earning big bucks off the other man’s bounty and they share it. But they part ways, and Tuco vows to kill his former partner.  Somewhere along the way, they come across a man who tells them about a huge amount of gold hidden in the cemetery. There’s a lot of money to be made, and these three gentlemen are about to fight each other to the very last breath. Or maybe they’ll be smart about it and split the gold? No, that’s unlikely…

This legendary tale is, without a doubt, the most iconic one in the genre. There have been many adaptations for the big screen, but the 2012 version is probably the most engaging one. The story follows Jim, a young and gifted man who’s got the skills to get a ship to the mysterious Treasure Island that is believed to be covered in gold. Aboard the schooner is a cook, and there’s something off about him. He pretends to be one with the team but Jim senses that he’s not really traveling to the island to share the gold with the rest of the men.

So, what is the best Treasure Hunt movies, you might ask? You’ll have to decide that for yourself!