Many contemporaries do not remember those times when the first VHS appeared and in order to watch a good movie, we had to ring up friends and acquaintances, exchanging VHS cassettes, with rare tapes in not always good quality. Often, the search for a single film could take weeks, and what a pleasure it was to see a videotape with a long-sought movie on the shelf of a casual acquaintance… And if it was still a suspense movie – there was no limit to happiness.

We are glad to present you TOP 10 best english Suspense movies 2017 to watch.

Suspense as a genre of cinema, the concept is extensible and does not have a clear framework. It closely intertwines with such genres as thriller, drama, horror, science fiction and mysticism. The plot of suspense can be twisted around extraterrestrials, spy stories, otherworldly phenomena, serial maniacs and investigations of crimes, mental disorders, around ghosts and mystical phenomena. All these films combine one thing – suspense, that is, an atmosphere of emotional tension. 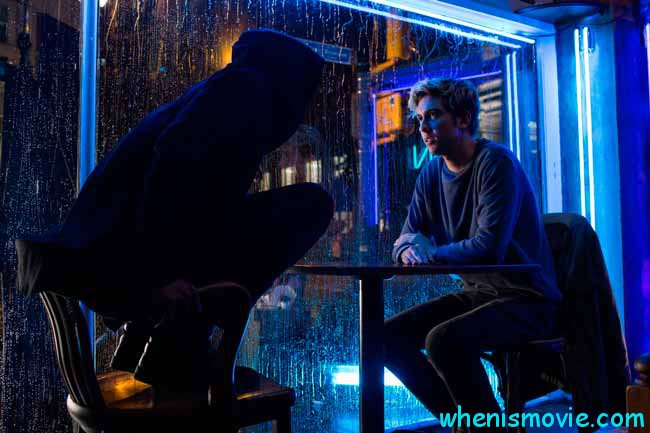 This state is achieved through many cinematic techniques – a dashing twisted plot, intense music, psychological effects, and understatement. This makes the viewer feel a sense of excitement, emotion, perhaps even fear, right up to the very end of the films, when everything falls into place and all the secrets are revealed.

The film tells about a teenage girl who constantly experiences jeers from her more popular contemporaries. One day a magic casket comes into her hands, all of whose previous owners died a strange death. Suddenly, the girl finds out that the box fulfills her wishes, and she starts using it to take revenge on her offenders.

However, it turns into the terrible consequences. And gradually the girl begins to understand that she does not control the casket, but the casket controls her…

It is Hollywood film version of the famous anime. In the hands of a gifted senior falls a Death Note: it is worth to write in it the name of the person, and he will die at the time for the indicated reason. The hero uses the Notebook to eliminate the criminals but eventually goes farther and farther. Here appears no less gifted enemy from the side of law and order.

A group of people, mostly Americans, work in a huge building located in the capital of Colombia. They did not expect that working in a quiet office would be deadly. Unknown to the heroes of the movie, the villain decides to arrange a survival game, which involves all employees.

One of the best horror movies with suspense elements is on the list of TOP 10 english Suspense movies 2017.

The main characters are three young people, they are students and behave accordingly – having fun, up all night, they live in a hostel. But time is passing, two years of rampant life have passed and three friends are beginning to understand that it’s time to calm down. After consulting they decided to rent a small cozy house outside the city, especially since it was affordable for them. Of course, they heard from the local residents a few stories about this house but did not pay attention to the horror stories that were told about it.

Moving to a new residence is turned out to be a real nightmare for students. It turns out that there lived an evil spirit called Bye Bye Man, cruel, furious and unaware of pity. This creature terrified a person, deprived him of reason and forced him to commit suicide if this person accidentally pronounces his name loud. The monster spent almost a hundred years in the dark and waited, when one of the people, who were around said the coveted words, to start its cruel hunt.

People suffering from dissociative personality disorder, have long been not only frightening, but are also putting science at a dead end. It is believed that many of them can create unique physical characteristics for each person that develops in one person. The protagonist named Kevin suffers from this disorder, his doctor discovered 23 different personalities from the young man, and only one of them is dominant. Once the main character abducts three girls, after which one of his cruel and dangerous sides begins to materialize.

The command of the spacecraft “Covenant”, which went to the planet in the remote part of the galaxy, considering it an unexplored paradise, finds a colossal threat at the place of arrival, which they could not even imagine. In trying to save their lives, the crew tries to escape.

It is a group of international space scientists investigating life on the planet Mars. They do not yet know to what events will lead their discovery.

In the distant future, Logan and Professor Xavier were left without the X-Men team, now only they can resist a powerful corporation led by Nathaniel Essex, who plans to destroy the world.

The Cold War between the USSR and the West. Undercover agent MI6 goes to task in Berlin to investigate the murder of the agent and obtain the wanted list of double agents.

“Ghost in the Shell” is a fantastic film, on the subject of which mankind invented implants, which could be introduced into the body and acquire with their help many unusual super abilities. But the technical discovery caused a lot of trouble: hackers from all over the world began to hunt the owners of these chips. With a computer at hand, criminals could easily read information from electronic devices and thus took valuable information from their victims. It was necessary to take urgent measures.

The Ninth Division was tasked with catching such criminals and also doing everything so that those who are still free will not commit new atrocities. At the head of the department was Motoko. Together with his subordinates, Motoko will seek out a dangerous Puppet Master, who planned to hack all the programs created by cybernetics to permanently block access to implants.

TOP 10 latest english Suspense movies 2017 release dates, you can know on the Internet.

TOP is coming to a logical conclusion.