Music is all about fun and excitement; it’s about us enjoying ourselves and diving into a beautiful world full of ardor, passion, and opportunities. Our TOP 10 new good Music movies 2017 release list comes with the best films of the year so that you won’t have to scroll through the countless titles that pop up on the Internet. These are the best of the best, and, if you appreciate music and everything that it stands for, make sure to check out at least a couple of the movies from our list.

Music is about so much more than just pure art. True, that’s the most important thing, but when gifted artists try to make it on a commercial level, numerous obstacles stand in their way and force them to compromise. This is a fascinating story about a couple of talented musicians, a big shot in the industry, a waitress that he successfully lures into his trap and their mutual journey towards conquering Austin with their music. Lies, betrayals, big-time secrets, and seduction come into play in this fast-paced, no-BS drama slash musical about the modern-day Texas music scene and regular people that dream of becoming famous.

Wheeler is a struggling country music singer with an exceptional voice and heart-warming songs who embarks on a journey from Texas to Tennessee (Nashville, to be exact) hoping to become the next big thing in music. He’s always dreamed of topping the international charts, and this is his best shot to date. On his way, he comes across great new friends, breath-taking recording studios, and monumental concert halls; at the same time, his path is full of dangers and threats, and he’ll have to fight through it all if he wants to make it in show business. Of the TOP 10 good English Music movies 2017, Wheeler is a must-see for the music fans.

It’s the 70s, the time when music was conquering more and more grounds on an international scale and giving people the opportunity and the freedom to express themselves. Vic and Enn are a couple of teenage lads who have never been in “close contact” with the opposite sex. One day, the friends decide to attend a party with lots of girls and work up the courage to talk to them. However, as it soon turns out, the ladies aren’t exactly wired the same way as they are, and this journey proves to be quite eye-opening and peculiar. How to Talk to Girls at Parties is one of those movies that come with the unmistakable vibe of the 70s.

A joyful, motivated and engaging Mastiff finds a radio one day and is fascinated with the magical sounds that come from it. The “fancy device” inspires him to leave everything he knows and loves, including his family and his home and follow his new dream of becoming a famous musician. The path towards greatness makes him realize that the journey itself is just as important as the final goal. Will this lovely dog find his true purpose in life and be happy with this new destiny that he’s picked for himself? If you’re planning to watch TOP 10 good Music films 2017, start with this uplifting animated movie.

Yes, we’ve all been waiting for the third chapter in this insanely popular series to come out, and it seems like we’ll finally get it this year. The old gang is back, and they’re about to climb to the very top of that musical mountain. Expect the same killer mix of funny jokes, awesome choreography, drama, love, hate, and, of course, lots of music and singing. The critics called the original movie a masterpiece, while the sequel was so-so. Will the Bellas be able to surprise us for the third time around, or are their days of glory over? Let’s wait and find out!

This movie is heavily based on the fascinating true story of a young (18-year-old) and talented singer slash figure skater who had to fight with the rarest form of cancer at such a fragile age. Obviously, the battle against a horrible sickness wasn’t easy, but she had her loving boyfriend standing right there next to her, giving her hope and the right kind of motivation to keep going no matter what. She did eventually beat cancer and got back to professional skating. Include Kiss And Cry into the list of TOP 10 good Music movies 2017 – you won’t be disappointed with it.

This is the official remake of the 1992 movie of the same name and follows a beauteous Reno lounge singer who witnesses a mob crime and becomes their most wanted woman. The cops promise to keep her safe (they put her in protective custody) and tell her to turn into a nun in order to escape the mobsters’ wrath. She’ll have to let go of her old habits and find new friends in this unfamiliar reality. The Superior is not exactly thrilled to have the young woman as a part of her community, but her magical voice does make a difference and attracts more and more mesmerized folks into the church. 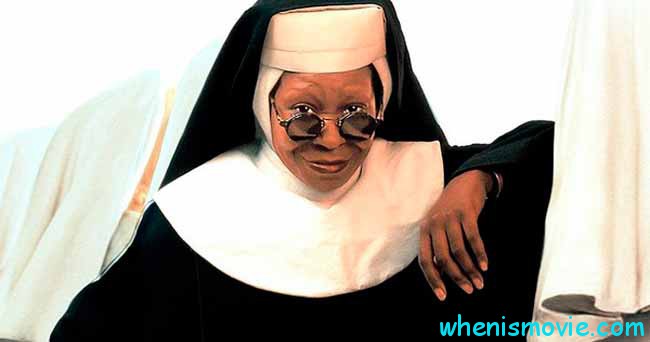 It’s safe to say that Oasis is one of the GOATs of modern-day rock music, and they reached their peak back in the 90s with the hard-hitting bangers. The brothers did a brilliant job of combining beautiful melodies with blood-rushing rock drums and guitars. Even today, in 2017, these fellas and their music are just as relevant as ever. Supersonic is an overwhelming, all-consuming documentary movie about the band’s rise and fall. Oasis ceased to exist in 2009, but their art is timeless. If you’re a fan of this dynamic duo and pop-rock music in general, Supersonic will be one of the TOP 10 really good Music movies of the year, period.

Mia is a gifted young actress who’s forced to be a waitress and run around LA, hoping to land a life-changing gig. But, her big break isn’t happening, and it’s starting to frustrate and confuse her. Sebastian is a talented jazz pianist and is also waiting for that special someone to come into the bar and turn him into an international star. When these two meet, they fall in love – madly. However, when both their careers start to go up, everything changes for the worse. Is it possible to be successful and in love at the same time? Or will they have to choose between being famous and being committed to each other?

Another fine documentary for y’all. As the title suggests, this one is about the legendary Liverpool lads that took the world by storm. The Beatles weren’t big fans of cross-country tours, but they did create the foundation for the whole modern-day touring routine. Eight Days a Week chronicles the group’s triumphal march and the most memorable moments of their life on the road. And, it comes with exclusive, never-seen-before footage from their now-legendary Shea Stadium performance. Of the TOP ten good Music movies 2017 in theaters, this one is a must-see! 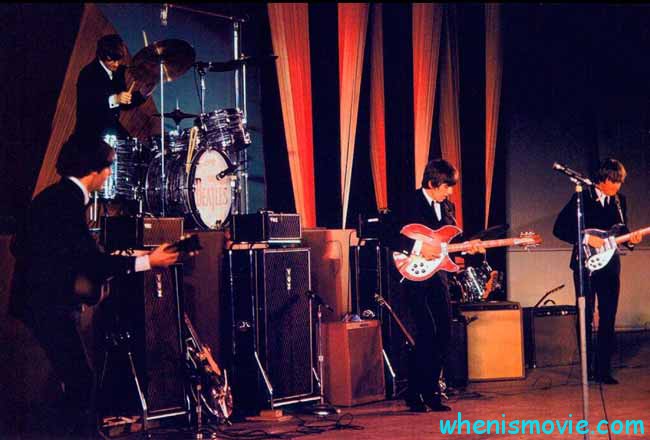