Thriller movies are good by its psychological tension. It is loved by millions of movie fans because modern viewers are already bored with gunfights, detective investigations, jokes and trivial trash in horror movies. Just the first-class thrillers of 2017 will help to experience the intensity of feelings and our TOP ten good Thriller movies 2017 in theaters will help you find what you really need. The best of them were shot by brilliant directors, masterfully manipulating the emotions and feelings of the audience.

Why are people so eager to watch films that cause genuine fear? The answer is simple. People feel the relaxation, which by virtue of human physiology necessarily comes after the end of nervous tension. At this moment they are filled with pleasant sensations from the fact that everything is well and they are not threatened. In addition to everything, their own problems seem insignificant in comparison with what they saw on the screen. 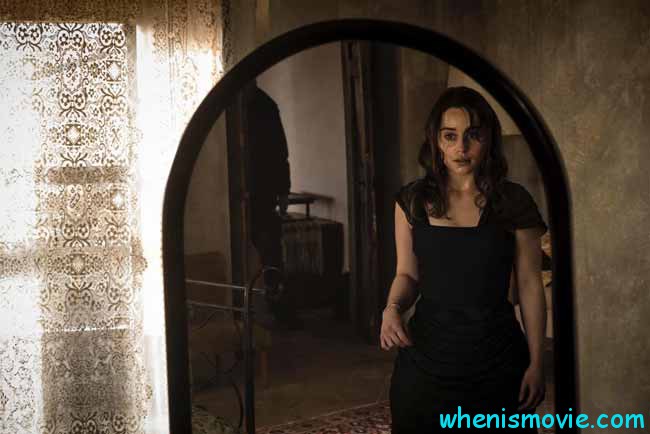 The film’s events are a direct continuation of the Prometheus. Elizabeth and android David – the only heroes of the sequel, who managed to stay alive after meeting with the mysterious newcomers. To solve all the mysteries, they go to the planet Paradise, hoping to find there the necessary answers. This is the planet of Creators – white giants, creatures who in the distant past have created people, but for unknown reasons decided to destroy them. After a certain time, only David remains alive on this dangerous planet. He meets the crew of the ship “Covenant”, whose members arrived here, hoping to master new territories.

According to the plot of the film, a young man named Kevin kidnaps three girls and imprisons them in the basement of the house. Soon girls realize that several people are living in their kidnapper. Kevin’s physician, Dr. Fletcher, believes that 23 people live in the body of her patient at once. However, the psychiatrist does not know about the 24th incarnation of Kevin – about the Beast – a merciless and bloodthirsty killer.

Emma Watson is in the TOP 10 really good Thriller movies.

It is the near future. Young girl May is interviewed to get to the world-famous company “Circle” led by A. Bailey. The girl gets a job and has the opportunity to become part of a global experiment, the results of which will turn the whole world over. The company will enter into one system all the data about its users, including social networks, mail, bank accounts. Over time, May understands that the purpose of the company is not exactly the improvement of the life of ordinary people. The girl must save all mankind from involuntary slavery.

While resting on the sunny beaches of Mexico, Lisa and her sister Kate decide to dive in the cage to the big white sharks. But the spectacular attraction turns into a nightmare when a cage with two girls breaks to the ocean floor. There is nowhere to wait for help, and oxygen remains only for an hour. The only way out of the deadly trap is to swim up through the water.

The woman intends to turn the life of the new wife of her ex-husband into hell.

It is the Golden Mean in our TOP 10 good english Thriller movies 2017.

It is an action thriller about a Neil – a private pilot of the highest class, who earns on secret missions secretly from his wife and son. A deadly threat comes to his house when the Neil traces a mysterious businessman from Pakistan, confident that the pilot is responsible for the death of his loved ones.

Six researchers live on the international space station. Their goal is to find out what the rover will bring from the surface of the Red Planet. It turns out to be a large single-celled organism, which means that there is life outside the Earth! But it’s not so simple… Research at the station led to incredible consequences – this single-celled organism is not so simple.

The action of the film takes place in the 1950s in Tuscany. The main heroine of the film – a psychologist named Verena faces an interesting case. After the death of his mother, the boy Jacob completely stopped talking. In the course of working with him, Verena understands that the boy gave a vow of silence until his mother’s spirit returns. Soon Verena begins to feel the presence of the spirit, and strange and inexplicable things begin to happen.

The psychologist begins to suspect that the spirit of the deceased mother wants to move into her body in order to communicate with her son. For the first time faced with such a case, Verena does not know what to do, because if it happens, the boy will speak again.

The plot tells of a young CIA agent Mitch Rapp and his mentor, Cold War veterans Stan Hurley. In the midst of the training, Hurley and Rapp receive the assignment from CIA head Irene Kennedy and go on a dangerous mission, their goal is to find and stop an unknown operative who plans to start the Third World War in the Middle East.

Young and attractive American Maureen live and work in Paris. The girl works as a personal buyer for the rich and famous. Every day she spends in the most expensive boutiques, picking out clothes for her spoiled customers. But, despite all the luxury and wealth, the heroine hates what she does. She dreams someday to do something really interesting, something that will bring her pleasure. At the same time, quiet and self-contained Maureen has another life, about which almost no one knows – she is trying to come into contact with the other world.

Not so long ago, the brother of Maureen, with whom she was very close, has died. Even in their youth, they promised each other that when one of them dies first, he will certainly give a sign.

TOP 10 new good Thriller movies 2017 release dates, you will find on the Internet.