Real men – who are they? All women want to see them right next to them, every state counts on them, films are made and books are written about them. They are those who have gone through the army and know what it means to survive in the most difficult, sometimes incompatible with life, conditions.

We are glad to show you a compilation of new Army movies releases in 2017. 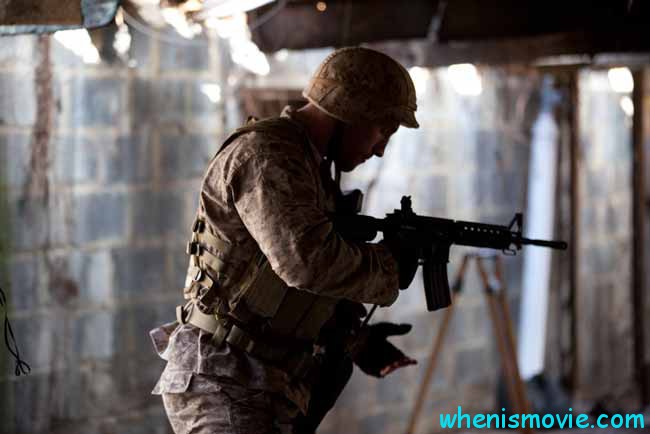 Many directors consider it their duty to make films about real men, peculiar macho, which are ready to perform the most unpredictable acts and to surprise others. Films about strong, brave, and hardy moments have always been in demand. Why is this happening? Probably because that in real life there are so few men who are ready for insanity, capable of sacrificing their own lives for the sake of their beloved or superiors. We know how sometimes you want to plunge into a real tough movie, where feelings and emotions are heated to the limit, and it seems that the line between life and death is so thin that it can burst at any second.

It is a story of loyalty and friendship between a soldier and her dog named Rex. The couple served in Iraq and was engaged in bomb disposal.

To make a real feat can even a small, inconspicuous-looking person. It is 1941. Japan extends the occupation of neighboring countries in Southeast Asia. The railway from Tianjin to Nanjing in eastern China is a key route for military transportation under the enhanced protection of Japanese soldiers. But for a small partisan detachment led by Ma Yuan, this is not a problem.

The railroad load brigade is well aware of the timetable of the trains, they are perfectly oriented at the station, in the warehouse system. Brave men make raids on trains carrying weapons, ammunition, and provisions. They steal food from invaders and give it to the hungry compatriots.

The cruel battle in the Philippines is in the compilation of latest Army movies in english 2017.

It is a film about the battle of the natives for freedom on the one hand and the survival of the Spanish empire on the other. The Philippine city of Balek, which in 1898 was a colony of Spain, was captured by the rebels. From the fifty soldiers who defended the colony, only thirteen survived. To help the rest, a military detachment was sent, but no one even suspected how cruel and desperate the fight would be.

Local residents are tired and weakened from colonial slavery, but they are driven by the sweet taste of freedom. Complete despair, the rebels, surround the city and the military in it, are trapped. Throughout the long and exhausting months, the detachment tries to repulse the attacks of the enemies.

American soldier against Afghan desert is in TOP 10 modern Army movies of 2017.

The American soldier, after a failed mission, is alone in the middle of the Afghan desert. Standing with one foot on a mine, he cannot move and continues to fight for life against sandstorms, predators, his own despair, and fears.

Stanley McChrystal was able to build a brilliant career in the US Army. He began his journey with junior officers, but thanks to his courage, unusual approach to business and purposefulness, he managed to reach the general and earned himself an unblemished reputation. Stanley had unlimited authority among his subordinates, and the government entrusted him with the most difficult tasks.

Another important mission of the general is the settlement of the situation in Afghanistan, where the war has been going on for a long time. It is not an easy task to improve statistics and show people that work to resolve the situation is at full speed. But the general himself intended to burnish his reputation as a single-minded person and win the war in Afghanistan.

The fifth place of the list of TOP 10 Army movies recently released in the first part of 2017.

The movie will tell us a story of a confrontation of two snipers.

A legionary named Santos returns from his service in Afghanistan. After that, his colleagues invite him to celebrate and organize a party. A friend of Santos gives him the keys to the apartment and offers to spend an unforgettable night with a beautiful girl. In the morning, Santos wakes up from a strange call and finds in bed the corpse of that same girl.

Good intention against ill will is in the compilation of newly released Army movies 2017.

Who can believe in good intentions from the soldiers of the warring nation? In one small village in Iraq, where the water supply is damaged, US detachment was sent one. The area is known for its burning climate and no less flashy temperament. It would seem that the task is trivial. But as it happened later, peaceful people are incredibly frightened and ready to fight to the last breath.

For the first time, soldiers are able to enter into the confidence of the Iraqis and begin to search for the cause of the breakdown in the water supply pipeline. After a while, their stay becomes known for many miles. Soldiers have never been particularly welcome guests, and now they have become targets in general.

The emotional state of Joe is disturbed by the frequent stressful situations that were present during the days of military operations in Iraq. He was fortunate enough to survive in the cruelest and bloody conditions. The former bravery, after the war, turned into a constant worry. Frames of terrible memories with screams of pain, bloody bodies of people, the guy is driven to insanity. He is deprived of peace of mind and a sense of security. Even the care of a beloved girl cannot save the hero from the nightmares of the past. Favorite hobby – hockey, does not help to return to life’s joys. Nervous tension develops into a serious mental disorder and in order to feel peace and harmony again, Joe should get the help of a specialist.

The film will show the real life of the Jews during the Second World War in Poland. The Warsaw Zoo covers a considerable territory, which is managed by the wife and her husband. The day came when the Germans captured Warsaw. The population with Jewish origin was sent to the camps, where they were subsequently shot. Frequent shots, explosions, and cries of people, frightened the animals and almost all cells were empty.

The actions of the Nazis caused hatred among all citizens. Jan and Antonina take risks and give shelter to some families of Jews. People hide from the military in the empty cages. This gives them a chance to survive and great risk to their savers.