Dancing makes us forget about all the troubles and tiny problems in our lives and just give into the rhythm, give into the groove. Dancing is fun, healthy, and it’s known for bringing folks together. You don’t have to be a pro or anything like that – a couple of simple moves/jumps would suffice. And if you’re in love with dancing and want to dedicate your whole life to it, our TOP 10 Dance latest movies 2017 will be even better to watch! 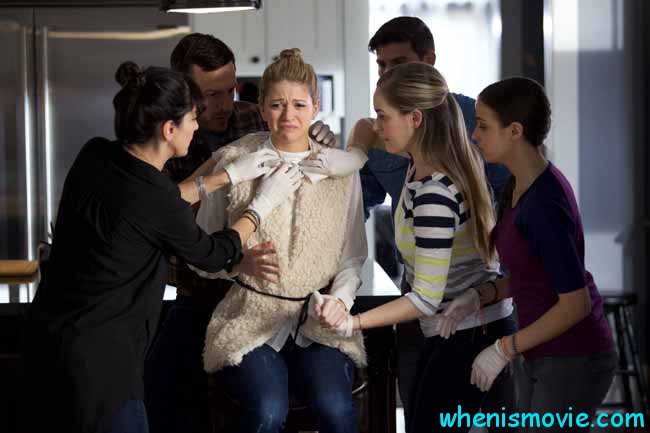 Melea is a free-spirited, engaging young woman with a passion for dancing. She feels kinda caged within the walls of her school and can’t breathe fully under its strict rules. Thankfully, the technological age gives her the opportunity to make herself heard and put her art out there for people to judge, not just the teachers and the principals. So, she rents a shabby old theater and works 24/7 to come up with a fancy and stylish hip-hop dance performance that will inspire people to believe in themselves and to not be afraid to follow their hearts. However, after she gets a cast together, they start fighting each other instead of joining forces, which puts her dream performance in jeopardy.

Conner4Real used to be a big name in old-school hip-hop, but when he tries to “resurrect” his fame by releasing a “classic” album, it doesn’t reach any charts whatsoever and turns into a commercial disaster. Now, he has a choice to make: either team up with his former boy band, which will almost guarantee him fame and money, or leave it all behind and stick with his rapping, hoping to break through the industrial crap and find his listeners. The stakes are high, and he won’t get a second shot at this. Will the rapper succeed, or maybe he should’ve taken the offer and started dancing? Put Popstar on the list of TOP 10 Dance movies recent if hip-hop and dancing are your two favorite things in the world.

Ruby is a beautiful girl, a classic ballet dancer who’s trying to make it in the big city – NY. She’s studying at an elite school, while Johnny, a gifted violin player, is forced to share his music in the subway. He’s in love with his instrument and the whole hip-hop thing, and when the two meet and fall in love with each other, they decide to shock the world with a unique, once-in-a-lifetime performance that will combine the best of both worlds – ballet and the urban culture. This effort could make it or break it for these young people, and that is why they put their hearts and souls into it. There’s an upcoming prestigious competition that will allow them to shine like never before.

Part dancing, part musical, part adventure, this animated movie is best to watch with your family, including your little children. The story follows a joyful Mastiff whose life changes completely after he finds a radio. It enchants and compels his soul, making the brute leave everything behind and embark on a thrilling journey towards becoming one of the best musicians in history. Obviously, his folks aren’t really happy with his decision, but the dreamer’s mind is set, and there’s nothing they can do about it. Of the new Dance movies releases in 2017, this one’s the most engaging, funny and romantic release of the year.

Definitely one of the biggest movies in the genre this year. We’ve got Fassbender and Gosling as the lead males and Mara, Portman and Blanchett as the lead females. Yep, the cast is pretty impressive, but the story is what’s important here. It’s about the Texas musical industry, the ups and downs of the people involved with it and a tale of love, hate, betrayal, and redemption. Two couples come together and change each other’s lives, and then there’s a musical genius, a big-time producer, who promises a beautiful and talented waitress to turn her into a global star.

Another Ryan Gosling film, ladies, and gentlemen. This is, by far, the most commercially successful and critically-acclaimed release in the genre and you don’t even have to be a fan of music/dancing to fall in love with the story and the main characters. Sebastian spends his days playing the piano in a bar, while Mia is a waitress, serving the Hollywood elite and dreaming of becoming a famous actress herself one day. After the two meet and fall in love with each other, their careers go up, forcing the man and the woman to make a hard choice between sticking with the love they found together and the new opportunities in music and acting. Put La La Land on the list of TOP 10 recently released Dance movies of 2017 if you love hearty stories.

Admit it: you loved the first two movies and are now counting days for the premiere of the third chapter! Anna Kendrick, Rebel Wilson and the rest of the stylish, daring and beautiful ladies will be back later this year, which means dancing, singing and lots of that crazy fun are guaranteed! There’s not a lot of info about the story and the plot, but we don’t really need that in a Pitch Perfect movie, now do we? The Bellas are getting ready to shock the world for the third time, and we all better get ready for the heat!

Wyatt, a young, capable man, came up in the projects, and he had to make a few wrong choices along the way to survive. Unfortunately, they’re all catching up to him in the form of a couple of DEA agents who want him to infiltrate an elite nightclub that is believed to be the center of all kinds of illegal business deals and other activities. When the boy falls in love with a dashing girl who turns out to be the owner’s daughter, everything changes, forcing him to pick between duty and his love. Definitely one of the best latest Dance movies in English 2017.

Miguel, a 12-year-old boy, is in love with music, dancing, and singing, and, even though his parents don’t share his enthusiasm for it (they actually ban music whatsoever), the lad still drops everything and follows his crazy dream. He wants to become a famous musician, someone who people will admire and call their idol. True, it is a pretty cocky and daring plan, but hey – you can’t make it unless you’re 100% sure in yourself, right? On the way, the boy overcomes numerous obstacles and makes a lot of friends and enemies, and they all teach him important life lessons. Of the newly released Dance movies 2017, Coco is a must-see.

This is the most heart-wrenching and heart-warming film on our list, dear friends. It’s heavily based on the true story of Carley, a talented 18-year-old girl, a beautiful singer with a mesmerizing voice and a figure skater with amazing skills. Unfortunately, after the doctors told her that she had a rare disease, her career was put in jeopardy. But, with the help of her faithful, supportive boyfriend, the girl defied all odds, beat the sickness and got back on her feet.

That’s it for our TOP 10 modern Dance movies of 2017 today. Stay tuned for more!