“Ainbo” is the next national animated film to hit Hollywood. The international rights to the movie were bought by Cinema Management Group, a company based in Beverly Hills.

According to Variety, the aforementioned company will present “Ainbo” to potential buyers at the market of the 67th Berlin International Film Festival (Berlinale).

On the Net appeared Ainbo movie trailer 2019. In the article below, we are glad to present you all necessary information about the movie and much more. Here we go!

Sergio, César and José Zelada are directors of the upcoming animated movie.

“This story remained to be kept for seven years. Reason: there was no budget to bring it to the big screen. The main difficulty is always money. That is why, last summer, I brought a teaser and project at the South Window festival, in Argentina, where for the first time was launched Animation festival. We did not win but returned with four international proposals, among which was the CMG. “I think that with the big production that will be made, it will begin to give rise to animation films in Peru” – says Cesar.

Ed Noeltner, president of CMG, explained that “Ainbo” was the most interesting and excellent animated picture we had ever seen. 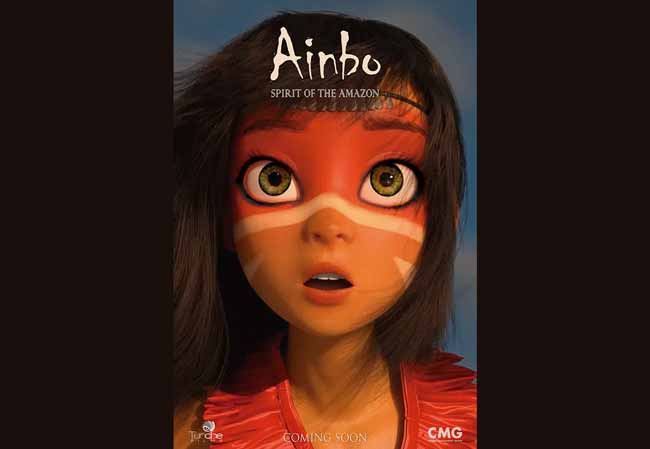 “When I first saw Sergio, César and José Zelada’s project in Ventana Sur (audiovisual festival in Argentina), it seemed to me the most interesting and excellent animated movie we had ever seen. The origins of characters have universal appearance and we are waiting for upcoming cooperation in making the movie successful” – he said.

According to Ainbo teaser trailer, the story will tell us about the fight against deforestation. Its creators, the brothers express the spirit of their mother, their land in the movie: “We are the children of the jungle.”

A new Ainbo official trailer 2019 looks great and interesting. The only thing we have to do is hope that the animation film will be the same.

Look forward to its release.