Han Solo of “Star Wars” will get his own movie. The movie will out on screens in 2018. On this occasion, we offer you all known information on the film, including the answer to the main question: “When does Star Wars: Han Solo come out?”

Directors of “Lego. Film” P. Lord and C. Miller will lead the new franchise project of “Star Wars”, which will tell us the story of a young Han Solo.

Together with directors will work L. Kasdan. He wrote the script for the fifth and sixth episodes.

B. Young will be responsible for the visual component. He was nominated for “Oscar” for “Arrival”. There he, to be honest, did a great job and helped to convey the feelings of the main character played by Amy Adams properly. So he deservedly got the job in the spin-off of “Star Wars”. It remains only to know the name of the composer. He cannot be better than masterpieces of John Williams but the effort is worthwhile. However, the composition “Everything Is AWESOME” of “Lego” is still remembered in our memory. Do you think Mark Mothersbaugh cope with such a task?

When is Star Wars: Han Solo 2018 coming to theaters?

The movie is planned to come on screens in the end of May 2018, in the USA.

The first information from the movie set

Returning to the duo of directors, it is really hard not to mention the fact that they have already boast with the first shots from the set. To be precise, it is only one. Christopher Miller in his Twitter account showed cracker (the one that the numerator), which clearly shows the working title of the project: “Star Wars: Red Cup”. This is a joke.

“Red Cup” is a reference to the kind of red plastic cups, so a favorite among the creators of comedies of youth in America. In addition, Chris Miller signed his tweet as Han First Shot. Actually, draw your own conclusions, what’s going on with humor on the project.

Well, whatever it was, and this is a long-awaited film. And everything will be fine with him in the end, believe me. If the duo Lord Miller managed to make a spectacular cartoon from the figurines of Lego, who said that they cannot afford to captivate the attention of a wide audience of the youth of Han Solo?

We can talk a lot about the project, but as of February 2017 is known very little. The cast, which will have to work directors, though is not fully complete but noticeable now.

The main role in the movie is performed by Alden Ehrenreich. We want to believe that his ability to bring the image of something of his own to the smuggler who is beloved by many people. He was seen in Coen’s brother’s film “Hail Caesar!” And before that, he was fortunate to work in Woody Allen’s latest work “Jasmine”. However, the movie is not a comedy as it is usually in the master’s works, but tragic.

In general, we wanted to say that he is experienced enough, so do not worry about the fact that he did not live up to expectations. 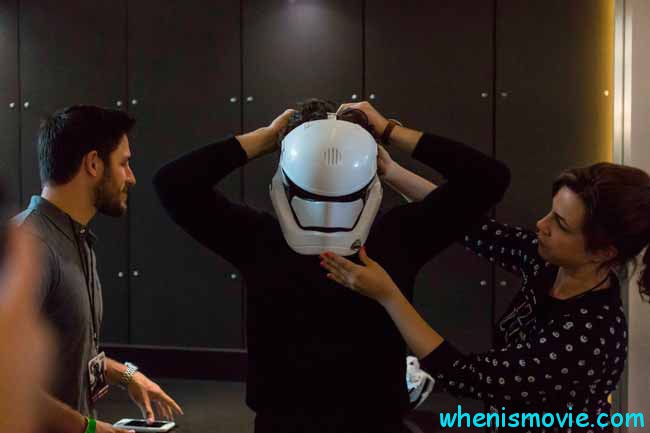 On set, Alden Ehrenreich lucky to work with very much prominent and charismatic people.

In the original trilogy, a role of Solo was performed by the actor Harrison Ford. He first appeared in “Star Wars. Episode VII: Force Awakens”, the premiere of which was on December 18, 2015.

A film about youth of Solo will be the third spin-off of “Star Wars”. In December 2016, was out “Rogue One” directed by Gareth Edwards, who will talk about attempts of a group of rebels to steal the Death Star plans. A untitled project about the head hunter Boba Fett is also in the development phase.

Also is known another name among the cast: Donald Glover. Behind him fixed image of Lando Calrissian. The actor is known today for the series “Atlanta”. Actually, for it, he is not so long ago got the “Golden Globe”.