This is a brand-new romantic drama slash musical directed by the popular actor, Mr. Bradley Cooper. It’s actually the man’s directorial debut. The original movie came out in 1937. There have already been two official remakes – one in ’54 and one 22 years later. Yep, this is the 3rd edition! Alright, let’s see when is A Star Is Born movie release date 2018. It will arrive in the United States on September 28th (that’s 2018, of course).

Other countries will get to see it 1/2 weeks later, while folks in Brazil are destined to wait until Nov. 1st to see it for themselves. The cast includes the aforementioned Cooper (yes, he’s both the director and the lead actor in this film) and Lady Gaga, along with other famous actors/actresses from Hollywood. Originally, Clint Eastwood was to shoot this remake, but later on, he left the project and let Cooper take over.

Just The Right Actors For The Job

The man impressed the producers with his passion and awesome dance moves with Stefani. Initially, he wanted the fascinating Beyonce to portray Ally, the main character. However, after she refused and Gaga took her place, he claimed that the chemistry between them was incredible. Back in 2011, Warner Bros. announced that the 3rd remake was indeed in production. 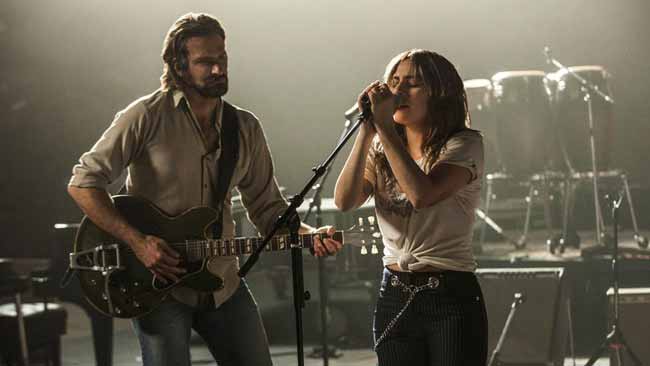 But, when Eastwood left, the project was frozen, and the fans were afraid that the movie would be canceled. Fortunately, we have a new director now and filming started in April 2017. Will it be able to “beat” all the previous versions (including the 1st one)? We’ll just have to wait and see, won’t we? The A Star Is Born DVD release date is early/mid-2019. It will become available both as a physical and as a digital copy.

So, what’s the story all about? The plot follows Mr. Maine, a man who used to be a huge country-music star. These days, he’s just another old fella whose career is in decline. However, it takes him one look at Ally, a girl with an exceptional singing voice, to know that she’s his lucky charm. She’s just trying to make it into the big world, and the rough-tough ex-star decides to take her under his wing.

Soon, the oldster and the young lady see something more in each other than just a partner and start an all-consuming affair. Jackson uses all of his experience, knowledge and connects to propel his fancy lover’s career. Unfortunately, the bigger of a celebrity she becomes, the meaner the oldster turns out to be. What started as a fairytale rise to fame is now threatening their relationship. Is there a way out of this mess? The A Star Is Born official release date in 2018 is about a year away, which gives the team more than enough time to fine-tune their product. Expect a thrilling, gripping and beautifully-shot musical drama!