Friday the 13th is one of those epic franchises that have been around for decades. Folks of every skin color, religion and nationality love it for always delivering that fresh and exciting thriller slash horror experience that we don’t always get with all the “copycats”. Now, the fate of the brand-new chapter is still hanging by a threat, and there isn’t even a Friday the 13th movie trailer 2017 out yet! The film has been in production for several years, and the release date was moved, changed, pushed and canceled more than once. To be clear: the last movie came out in 2009, and we’ve been waiting for the sequel ever since! Back in 2016, the producers claimed that it will be out on October 13th, but, unfortunately, this year, on February 6, it was officially announced that there will be no new Friday the 13th releases. Why not?!

Is Jason Forever Lost To Us?

Well, believe it or not, it all has to do with the poor grossing of Rings, another remake-reshape-whatever that came out recently. Can you blame the head honchos for not believing in the reboot of another classic horror universe? The biggest question is, of course, will the franchise be revived anytime soon or not. Hey, we will get a horror movie on October 13th, but it will be the Darren Aronofsky-directed Mother, which is something of a bummer. 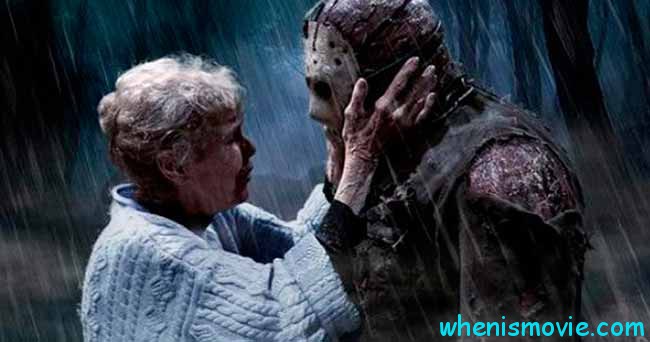 There was more than one Friday the 13th teaser trailer in the past, actually, but, as it turned out, they were all fakes. They did look pretty good, except that all the materials were taken from other movies. The fans of Jason will be pleased to learn that the recent video game of the same name is one of the most popular releases in the industry right now, so, if you can’t go on another year without it, make sure to get your friends together and play – satisfaction is most certainly guaranteed!

Who Is Hiding Behind That Mask?

As funny as it might sound, we still don’t know who, or, rather, what Jason is exactly, and it’s been more than three decades already! We saw him die, burn and get torn to pieces more than once, but, for some mysterious reason, he keeps coming back. So, maybe a miracle will happen in real life and a brave bunch of talented movie folks will revive the franchise? It’s been a while, ladies, and gents; let’s cross fingers for a rich fella (and a big fan of Jason) to fund a proper comeback, huh? Who knows, maybe then we’ll get a new Friday the 13th official trailer 2017?

Until then, we’re forced to state the obvious: no new films in the Friday universe are set for a release in 2017 or 2018. Paramount made it clear that they’re not ready to invest into what’s shaping up to be a big disappointment in terms of commercial success. Filming was supposed to start a couple of months ago, but then the project was shut down. Now, folks claim that Guzikowski wrote an incredible script that would take us back and tells Jason’s personal story – how he came to be such a pain in the ass. It’s a shame that we’ll never get to see the movie, right?