God Particle is a highly-anticipated upcoming sci-fi slash horror movie. It’s worth mentioning that the legendary J. J. Abrams is one of the producers, and that automatically means the fans are in for a real treat. One more thing: this is the official third chapter in the series that started with the now-iconic Cloverfield blockbuster and takes the story to a whole another level. So, when does God Particle come out, exactly? Sooner than you think! The brand-new nail-biter is set for an October 27th release in the United States, same goes for Canada. The United Kingdom will get to see this brand-new film only on December 1st. So, if you appreciate suspenseful, intriguing and riveting science fiction movies, make sure to mark the day on your calendar and check it out first!

What Is The Trailer Telling Us?

So, just like any other modern-day movie, The God Particle is doing everything in its power to excite the potential audience and create enough hype to blow up (in a good way) when the official release date comes. Unfortunately, the movie God Particle trailer is not available yet, but the director/producer are claiming that it’s gonna be epic. Well, we’ve got only a few months left before the film hits the theaters, so the trailer will probably land sometime in the middle of the summer. Judging by the previous two chapters in this franchise, it’s pretty hard to guess what kind of a movie God Particle will be because while the first one was a one-camera-shot masterpiece with tons of action, the second one was all about suspense and wasn’t nearly as fast-paced and adrenaline-charging as the first one. 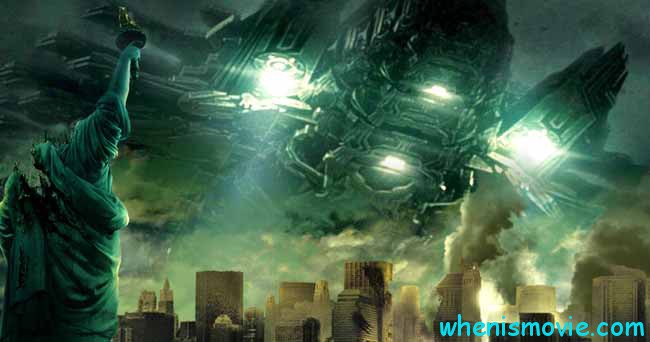 Let’s Check Out The Cast

Well, we do have officially confirmed info about the cast (thank God), so let’s see who the heroes are. Elizabeth Debicki (U.N.C.L.E., The Great Gatsby) and Gugu Mbatha-Raw (Free State Of Jones) are the leading females in this movie, while Mr. Daniel Brühl and Chris O’Dowd will represent the fellas. Hands down, the cast is awesome, and we’ve got young talents mixed up with the vets, which is always a great thing to watch. The dynamic will be epic, and it’s already obvious that the actors/actresses will only add to the overall atmosphere of the story, not take away from it. If you’ve got a favorite pick from the cast, let us know in the comments!

What Can We Expect

J. Abrams is known for creating wide, immersive universes that stick in your head and linger on long after you finish the movie and/or TV show. The idea of turning the original Cloverfield into a series is awesome, and we can’t wait to check it out. The story follows a group of courageous astronauts that come across a shattering discovery that puts their existence in danger and threatens Earth’s future. Locked up inside the walls of a lonely space station, these men and women will have to fight this unknown enemy and do everything in their power not to go crazy. Now that you know what it will be about and the set God Particle movie release date in 2017, you’re more excited about it, aren’t you?

Not Just Another Sci-Fi Movie

True, we’ve got more than enough releases in the genre lately, but, given the fact that this one is based on the Cloverfield universe, we can at least hope for something just as fresh and genre-bending. There’s a rumor that the producers want to deliver one movie in this series every year, and while that might sound a bit far-fetched, if God Particle turns out to be a hit, the Hollywood honchos will, most definitely, give it the green light. Will they combine all the existing movies into one cohesive tale, or choose to create individual, separate stories while still staying true to the initial concepts? We’ll have to wait and find out! Alright, one more time: when is God Particle coming to theaters in 2017 – on October 27th in America and on December 1st in the UK.