If you’ve been looking for the TOP 15 best new Animation movies 2017, then you’ve come to the right place! We’ve got just the right ones for you. So, lean back, relax, make yourself a nice cup of coffee and let’s check out the leaders of the run, the greatest animation movies that we’ll be enjoying in 2017.

You gotta check out this hilarious movie! It follows the hazardous life of a 7-year-old kiddo who can’t stand his new little bro. The boy gives himself a task: to win his moms and pops back and to be their favorite child again. However, the CEO of a mighty company is planning something awful, and now it’s time for the brothers to join forces and to put a stop to whatever the villain is planning.

Tripp, the main character of this lovely movie, is bored out of his head and is trying to do something great with a truck he’s building. Yet, his big plans are constantly failing. Thankfully, he soon meets a mysterious creature that helps him breathe some life into the truck. Together, the two set out on a journey towards true happiness and freedom.

Alright, let’s proceed with the TOP 15 best recent Animation movies list. If you’re a fan of Lego and the Bats, then you’ll most certainly love this movie. It’s fun, perky and cheerful, which means you’ll have a great time watching it with your friends and loved ones. Gotham is once again in danger, and it’s up to the Dark Knight to save it!

A struggling Tibetan Mastiff comes across a radio and falls in love with the sounds that it makes. It inspires him to become a rock star and the hero leaves his home behind in order to follow his dream. On this quest, he’ll learn that the road towards a goal is just as important as the goal itself.

Having fun with our list of best Animation movies 2017 yet? We’ve got more to come! The Despicable franchise is wildly popular these days, and the third chapter is shaping up to be a huge hit in 2017. Gru is confronted by Balthazar, a childhood celebrity from the 80’s gone nuts. He wants to dominate planet Earth, and only Gru can stop him.

Who knew that the original cast of The League would ever be worthless against the world’s villains? Well, even these mighty lads and gals can’t handle the heat sometimes, and that’s when the less-known yet stronger superheroes come together to stop the occult evil from destroying this world. Constantine, Doctor Mist and the rest of the squad are ever-ready to face the enemies from the darkest corners of the Universe! 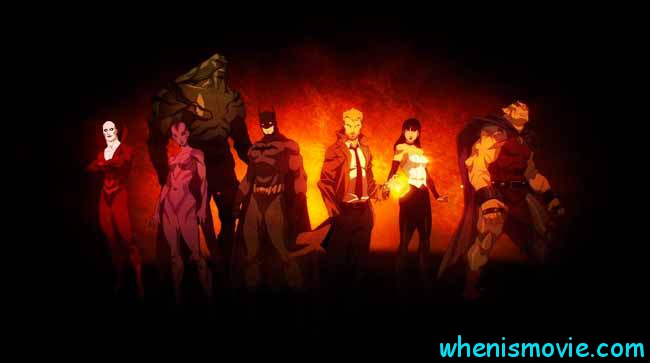 The Smurfs are back, ladies and gentlemen, and that means we’re in for a real treat! One day, the lovely Smurfette gets her hands on a map that leads to one of the biggest discoveries in Smurf history. She doesn’t care about all the warnings and is obsessed with finding whatever the map is leading to. She “hires” Clumsy and his buds and together they embark on a life-changing journey.

The list of TOP 15 best Animation movies of 2017 to watch would simply not be complete without this blockbuster. Lightning McQueen is back, and, after being on top of the world for the last couple of years, he still wants to prove that he’s the best racer out there. However, the new kids on the block are faster and stronger, which means the ex-champ will have to put his heart and soul into his next race if he wants to be victorious again.

A young French lady, an orphan, is a big fan of dancing, and she’s thrilled to go to Paris and see whether she’s good enough to become a student at the world-famous Grand Opera House or not. Now, the girl is a natural, but she doesn’t even know the basics of pro dancing, and it’s her love, dedication, and faith that allow her to prevail.

It’s kinda hard to enjoy your life and do big things when the principal at your school is an evil prick. Well, two resourceful students manage to hypnotize the poor fella and turn him into a modern-day superhero. That’s how Captain Underpants is born! He’s wearing his trusty underwear and a ridiculous cap and looks a lot cooler than the boring, frustrating and angry Mr. Krupp.

Alright, we’re almost at the finish line, dear readers. This is a hand-picked list of TOP 15 best modern Animation films 2017, and The Emoji Movie is worth checking out. Textopolis is a huge digital city in your phone, a home to countless Emojis that want to stand out and be picked by you, the user. Gene is an outcast, as she comes with multiple expressions. All she wants to do is become normal and take the burden off her own shoulders. 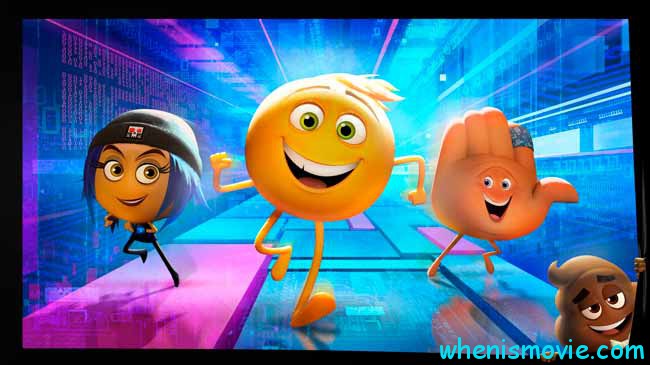 What can be better than funny and engaging animals that can talk and surf, right? Without a doubt, Surf’s Up 2: WaveMania is gonna be an epic thing to watch, so, if you love hilarious and uplifting animated stories, make sure to put it on your list of favorites this year. The ridiculous crew is back, and they’re about to turn the whole world upside-down!

This is a very special animated movie: it’s wordless, looks awesome and tells quite an amazing story. A nameless man gets stranded on a tropical island and grapples with a mysterious red sea turtle that’s doing everything in its power just to keep the poor fella from escaping the God-forsaken island. Soon, she miraculously turns into a beautiful young woman and they fall in love with each other.

Alright, so, by now you know the answer to what is the best Animation movies in 2017, but let’s check out a couple of other titles before we “hit the sack”. Your Name follows Taki, a boy from a regular family, and Mitsuha, the one and only daughter of a wealthy local politician. These two youngsters have never seen each other, but somehow, they are connected in ways that none of them can explain.

Ferdinand is not your regular bull: he’s not a big fan of violence and doesn’t really like to jump around, act a fool and compete with other bulls. He’s a tiny brute and loves sitting in the shadows and smelling the beautiful flowers. Even when he grows up into a big, bulky animal, he remains a peace-loving and humble creature. Unfortunately, when several men come to pick the biggest and meanest bull, they accidentally choose Ferdinand…