A sports game like golf cannot but interest the ordinary spectator. Of course, golf is radically different from aggressive fights in football, as well as any other ball game, and does not create a special tension as hockey, but the films about this game are interesting. Nevertheless, golfers are driven by great excitement; each of them strives to become a winner. It is curious to know what can happen in the framework of a script dedicated to such a seemingly innocuous game. Would you like to knowhow real competition looks like? Then you should see TOP 10 best Golf movies to watch. 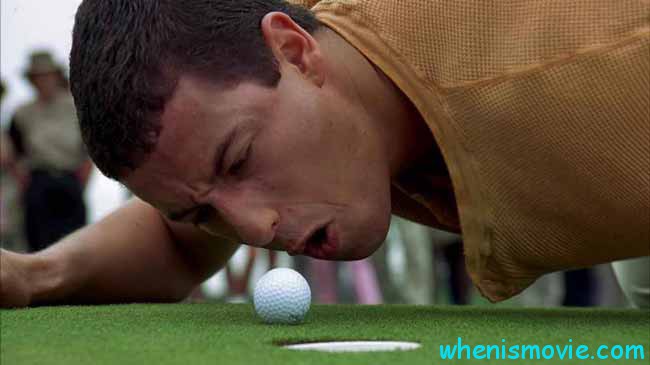 Golf is a game for rich and influential people from high society; the game requires peace, endurance, and concentration during the strike. But the heroes of the comedy film are completely unaware of these postulates. To earn money for university studies, a young boy named Danny Noonan took a job at the Bushwood Country Golf Club. There he meets with the eccentric inhabitants of the club and gets involved in various funny situations.

Son of one of the founders of the golf club, Ty Webb, a local ladies’ man, is used to shower with reaches and enjoying life, but from idleness condescending to teach Danny the intricacies of the game. And one day, Danny has joined the team, which means a lot of money in case of a win.

The plot of the sports drama tells about the most incredible victory of an unknown newcomer during the US Open golf championship in 1913. Golf is a calm, focused game for gentlemen, but even on ideal green lawns, passions and intrigues are raging. Francis Ouimet was born and raised in a working class family, his parents were never rich, but the boy dreamed of learning how to play golf as his idol does – undefeated champion Harry Vardon.

Against his father, who was preparing his son for a simple life and was against golf, Francis participates in the US Open, where he initially becomes an outsider. But as the game progresses, an unknown young guy goes to the leading place and at the end completely defeats the brilliant player Harry Vardon. This confrontation of talent and skill was the most outstanding game in the history of golf, the triumph of Francis Ouimet and the dramatic defeat of champion Vardon contemporaries called” the battle of David and Goliath.”

Utopia Town is in the TOP 10 best modern Golf films.

It is the story of Luke Chisholm, trying to become a pro-golfer. His first big tournament ends in defeat. Depressed, he finds himself in the Texas town of Utopia. He meets there with the odd-looking farmer Johnny, who offers him to spend 7 days in Utopia…

The protagonist of the feature film former sportsman and professional golfer Roy McAvoy left the sports world and abandoned his career. His life has gone wrong, he finds solace in the alcohol, and to make ends meet, he works as a teacher, teaching private clients to play golf.

Roy’s new client turned out to be a very attractive woman, a psychoanalyst Molly Griswold, who again evokes interest in her teacherto the game, as well as his desire to return to the golf and try his hand at the US Open. Thanks to the support of Molly, Roy successfully passes all the qualifications but ahead of him is a strong opponent in the face of one of the best players – David Simms.

The main character of the comedy film is a young guy Happy Gilmore from the very childhood adores hockey and dreams of becoming an outstanding player, but in truth, he has absolutely no abilities for this game. Unpleasant changes in the life of his beloved grandmother, who has been robbed of the house for not paying taxes, make Happy look for various opportunities to buy a house at the nearest auction. Once, he finds a golf club and his powerful strikeis immediately noticed by the trainer, who offers his services to the guy, and also tells him about the upcoming tournament, the victory in which will bring Happy 200 thousand dollars.

It is the Golden Mean of the TOP 10 best Golf movies for all time.

The action of the feature film takes place in the late 1920s in the city of Savannah, U.S. state of Georgia. The times of the Great Depression for the United States were very difficult, the industry stopped, agriculture declined, and the population of the country was barely making ends meet. Young, beautiful woman Adele Invergordon inherited huge debts and a wonderful golf course.

To somehow makealiving and pay off bills, Adele decides to hold a golf tournament between two outstanding players. However, in order to interest the public more, a veteran of the First World War, a frustrated alcoholic Rannulph Junuh, who once played golf well, is joined the great professionals. Rannulph is not sure about thepower and for good reason, but with the mysterious Mr. Bagger Vance appearance, who told Rannulph all the secrets of the game, his life changes.

Each person decides when to quit doing what he loves doing, but the hero of the presented biographical film finished the great career of the athlete quite suddenly. Bobby Jones, this is the name of the undefeated champion in golf, who decided to leave the big sport at the age of 28.

The closest competitor to Bobby is the legendary Tiger Woods, who, according to official statistics, earnmore than $75 million a year, but Mr. Woods will never be able to overcome an unconditional leader who has reached incredible heights. For Jones, money didn’t make any difference; the hero simply loved golf and devoted the game most of the time. Complete commitment and self-confidence allowed Bobby to win every time, but, unfortunately, the young man decided to stop delighting the audience too early.

The plot of the film unfolds around the golf game, weaknesses, and passion. Father sends a twelve-year-old Timmy for the summer to work caddy (the boy who brings the balls) to the suburban golf club, where the boy shows and improves his talent.

It is the leader of the TOP 10 best Golf movies for families.

Pat works as a physical education instructor at a college in southern California and shows excellent results in various sports. But there is one problem: when the groom comes to see how the future bride participates in competitions, she just falls apart, gets confused and constantly loses.

One day she meets Mike, the sports manager: an excellent trainer and psychologist. This guy immediately notices her talent and convinces to do sports professionally. The lessons taught by Mike bear fruit. Pat wins golf and tennis tournaments one by one, gradually falling in love with her coach…

Hope it answered the question – what is the best Golf movies?