Today, in the 21st century, the navy fleet of any world superpower is a force to be reckoned with. The battleships of our time are fast, agile, smart, and can take out entire cities with their onboard arsenal. Even in the ancient times, ships played a major role in any conflict.

This is the list of TOP 10 best Navy movies for all time. Over the years, Hollywood has released one too many films in this genre, but we’ve gathered the most worthy ones in our collection. So, without further ado, let’s see the best picks to enjoy on the weekend. 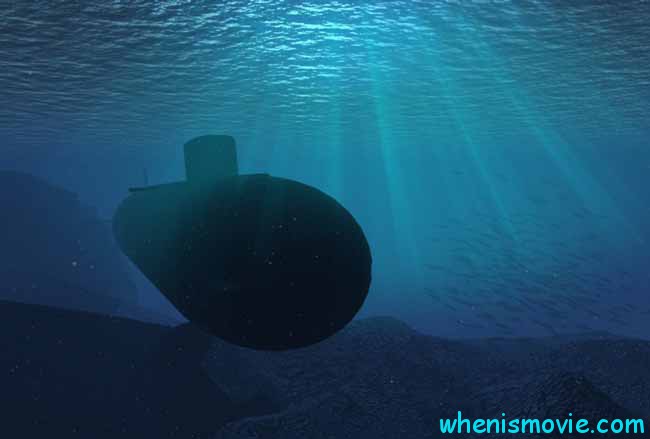 Welcome to 1805. The whole European continent is helpless against the wrath of Napoleon. The French have taken over the better half of the territories and are not about to stop. Nothing stands in the man’s way, except for the mighty Royal Navy.

Surprise, a British ship, has a mission to complete: the crew is to follow and sink an extremely dangerous French battleship and free the South-American region from the invaders. They don’t have the necessary weapons to bring this monster down, but Aubrey, the captain of the royal ship, is one of the most experienced skippers out there, and he uses his wits to outmaneuver and outsmart the French.

Mr. Wilder, a captain of an American ship, is captured by the Communists in China. They keep him in a high-security prison and want him to rot to the end of his days. However, the locals are sick and tired of the government’s tyranny and want to leave their homes and head for Hong Kong. So, they help the captain escape and trust him with a paddle steamer.

Yes, it’s not what the man is used to, but this is his one and only chance at survival. Of the TOP 10 best Navy movies for families, this is arguably the best pick. It’s thrilling, gripping, suspenseful and full of tension. True, it does look a bit outdated (and, given the fact that it came out in 1955, that shouldn’t come to you as a surprise), but Blood Alley is still an awesome film.

Another classic cut, ladies, and gentlemen. A US submarine is on its way back to base after a successful operation. But, before it reaches its destination, a Japanese carrier blocks its way. The torpedoes they send towards the enemy explode before they reach the target. The XO meets his ex-wife on the island.

They still have feelings for each other and want to get back together. Yet, the man can’t say no to his commanding officer’s orders to carry out another mission. And when they kill his good buddy, he blames himself for it. Eventually, together with the crew, he fixes the problem with the missiles and gets back out into the sea, ready to avenge his fallen comrades.

As one of the greatest military movies in history, Pearl Harbor certainly deserves a place on our list, even though it’s more about planes that ships. The plot is centered on two best friends and a gorgeous nurse. On December 7, 1941, the Japanese attacked the American harbor and left it in ashes. The few survivors regrouped, licked their wounds and got back into the air, driven by vengeancefor their dead family members and loved ones. Together, they went through hell and fought honorably to defend their home from the enemy’s forces. Without a doubt, the list of best Navy movies to watch would be incomplete without this fine release.

It’s 1942, and the Allied forces are battling with the Germans over the Atlantic, trying to gain supremacy over the key canals. The British are stepping forward while the enemy is taking heavy losses. The story follows the men aboard one of the Nazi U-Boats. Yes, this is a look at the hearts and minds of the villains. The screenwriters and the directors did a great job of showing the western audience that the crew members had no other choice but to obey their leaders. They didn’t fully understand what they were fighting for. These folks couldn’t say no when the government called upon them to fall in line, and now they’re about to sink and be forever forgotten.

The situation in Russia is getting worse. The civil war in the country has taken its toll on the whole world, and the Americans have to intervene to make sure the rebels don’t trigger World War 3. The United States send their ships towards the shores of the Soviet Union’s successor to control the situation and to prevent the potential enemies from doing something stupid.

That’s the good news. The bad news is – there’s an extremely trigger-happy captain aboard an American sub, and he’s ready to nuke the country without even receiving a hit order. So, it’s up to a young and inexperienced First Officer to take over the submarine and keep the madman from killing innocents. Definitely, one of the TOP 10 best Navy movies to watch.

World War 2 is raging, and the Americans are taking the war to the enemy on the sea. This film came out in 1957, but in many regards, it’s so much better than the modern-day CGI-effects-heavy releases with no soul. The plot, the fast-pacednarrative and the suspenseful moments turn The Enemy Below into one of the finest movies about naval battles. The war knows many clashes between US destroyers and the so-called U-Boats, and you’ll feel the rush of it on the big screen. Another interesting fact about this masterpiece: this was probably the first time when the captain of an enemy ship was portrayed in a sympathetic manner.

Yes, this isn’t the best naval film in the world. As a matter of fact, it’s quite primitive and doesn’t stand a chance against the true classics on our list. However, it came out relatively recently, which means the genre is alive and well. Furthermore, even though it doesn’t come with the most amazing plot in the world, the combination of fast-paced action scenes, awesome CGI effects, and a celebrity-heavy cast turn Battleship into a must-watch.

If you’re one of those folks that don’t care about class and just want something mainstream to go with their popcorn, give Battleship a chance. As far as the TOP 10 best modern Navy films go, this one’s high up the list. It’s entertaining and exciting, and that’s pretty much what you need from a Hollywood blockbuster.

Ehrlich is a German captain of a freighter. He’s not a Nazi and is against Hitler’s regime. Still, the Allied forces are on his tail, and the man is doing everything in his power to escape their torpedoes. He’s got a civilian aboard, a beautiful woman from Australia, Elsa.

His orders are to bring her to Germany without a scratch. The captain doesn’t even know why she’s so important but can’t disobey a direct order. The British ships are catching up, and one wrong move can lead to a catastrophe. Engrossing and full of drama, The Sea Chase is a must-see for all the fans of old-school movies.

Hands down, this is the most popular, successful and provocative navy film of our time. True, it does look a bit awkward with those ridiculous accents and outdated shooting techniques. On the other hand, the Cold War is right back where it was, and that makes this movie pretty relevant these days.

A deadly Russian nuclear sub changes its course and heads towards the shores of the US. It’s up to an analyst with the CIA, Mr. Ryan, to figure out what its intentions are. Only the captain of the submarine knows what he’s doing, but the tension between the two countries is getting unbearable.

Alright, as you can see, we know exactly what is the best Navy movies. Go check ’em out right now and enjoy the tides.