Let’s face it: The Europeans and the Americans know literally nothing about Nigeria and the film industry over there. It’s called Nollywood, and some experts claim that they’ve got some heat over there. After you check out the TOP 10 best Nigerian Comedy movies for all time, you’ll get what this country is all about.

They’ve got dramas, biopics, musicals, and everything else in between. But, in all fairness, funny movies are what Nigeria is great at. So, without further ado, we want to present you with our single-handedly picked list – enjoy! This is a classic tale about a talented girl from a small village who wants to take on the big city and prove that she’s got what it takes to be a star. With no money in her pockets, she relied on her knowledge and “snatched” an official admission into one of the finest universities in the country. Once she arrives, Jenifa realizes that everything’s different in the fancy city and that she doesn’t really belong.

However, slowly, but steadily, she manages to find her place and make new friends. It’s not that easy to turn from a village brat into a proper lady, and the girl’s struggles are both heart-warming and hilarious. If you love relaxing and entertaining comedies, this one’s a great pick.

True, this is quite an “ancient” film and doesn’t look very attractive. But, if you put it on and bear with it, you’ll realize that this is one of the TOP 10 best Nigerian Comedy movies for families.  The main character of this story is a grown-up man who’s locked up in a young boy’s body. There’s a girl he’s madly in love with and he’s ready to do whatever it takes to conquer her heart.

Yet, there’s a huge obstacle on the way – the lady has a new boyfriend (fiancé, to be exact). Obviously, it’s going to be hard to beat the competition. How do you make a girl abandon her own future husband and pay attention to you? Well, how about turning into an ordinary servant boy and hanging around in her house? 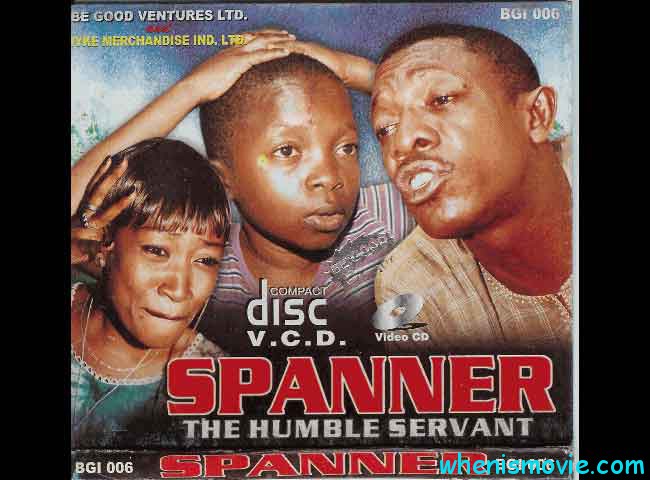 The manager at a shady petrol station – a front for money laundering – has access to the big bucks but never really considered stealing any of it; until now. Yes, he’s ready to go against the brutal criminals and take what belongs to them. The man thinks that he’s smarter than every single thug involved in this business. He’s confident it will be a piece of cake to fool them and to get away with all that dough. However, you don’t become the biggest criminal gang in the city just to let a manager take everything away from you. This is going to be a fight for survival, a hunt for the million dollar man and a battle of minds. If you appreciate fast-paced and adrenaline-charged comedies, Greed is a film worth checking out.

The plot is centered on two lovely young folks – newly-weds. They had an awesome honeymoon and thought that every single day would be like paradise. They are madly in love with each other. At the same time, married life comes with many challenges, ones that they’ll have to overcome if they want to be happy together.

Respect and trust are arguably the most important things in a family; they’ll have to learn to appreciate each other and sacrifice a lot in order to create a strong, meaningful relationship. As far as the TOP 10 best modern Nigerian Comedy films go, Fusion is right there among the greatest cuts. It’s funny, insightful, comes with a gripping story, awesome acting, and more. A must-see for young couples!

Another fresh movie that came out last year. It’s not made by one of the bigbad companies. The people that created it are new in the industry, but they’ve got what it takes to grab the audience’s attention. GWG is an outstanding comedy, a strong satire on all the Nigerian dramas. College is right around the horizon, and a group of youngsters, best friends, can’t wait to start their adult lives. It’s safe to say that if you want to see what the modern-day generation is all about in this country, this release will be like a behind-the-scenes ticket. We all have our stereotypes, and it’s important to laugh at them and to break them. Otherwise, we’ll never be able to move on – become better.

The critics are calling Lagos one of the finest Nigerian films in history. True, this is another heart-wrenching and touching story about a regular man from a poor village making it in the big city. But it’s not a cliché tale: he’s been a hunter for as long as he can remember. He’s good at it, but the job is starting to get on his nerves. Furthermore, the man is struggling with money, and that is why he decided to hop on this life-changing trip.

The city offers numerous opportunities; yet, it’s harsh and unforgiving. Lagos will have to use his village-boy charm, wits, and smarts if he wants to make a name for himself here. Put this release on the list of best Nigerian Comedy movies to watch if you like getting together with your friends, having a beer or two and laughing out loud.

This film came out almost 15 years ago but is still quite relevant and thrilling. The main character, Osuofia, learns that his bruv left him a mighty heritage in the United Kingdom. So, he sets his mind on getting it – one way or the other. He’s confident that it all belongs to him and hops on a trip to London. Obviously, it’s not going to be a walk in the park: the overzealous villager will have to face numerous challenges on the way to his brother’s riches. As far as chill comedies go, this movie will help you relax and have a good time. The concept of a simple man from a village in the middle of nowhere ending up in London is pretty amazing. So, make sure to check it out.

This is a universal rule: if you drive your lady mad, she’ll retaliate, and you’ll wish you never angered her. In Wives On Strike, a bunch of women had enough with their husbands and want only one thing – to make ’em pay. These fellas will never know what hit them. That’s actually the beauty of it: when gorgeous women get together to turn the lives of men into living hell, all kinds of hilarious and ridiculous things happen.

Of the TOP 10 best Nigerian Comedy movies to watch, this is probably the most “Americanized” one. It does a great job of laughing at social stereotypes and the roles of women in modern-day society. What, you thought they don’t make fun of that in Africa? They most certainly do!

These boys don’t really like following the guidelines made by their parents and the society. They prefer to follow their own path and are pretty great at tricking them all. Disobedient, overzealous and driven, the brothers have a dream, and they’re ready to sacrifice a lot to turn it into a reality. This is one of those kind, good-hearted films that you can watch with your children. It’s extremely funny, true, but it’s also insightful and comes with a strong message. Get your whole family together and enjoy this Nigerian masterpiece. We promise that Aki And PawPaw will get stuck in your head and linger on long after you watch the ending credits.

A terrible couple wants to move to the United States and is willing to do whatever it takes to get there. They practically sell their lovely daughter to a rich man who promises to make that trip happen. However, what goes around comes back around, and pretty soon the man and wife will get what they deserve.

Greed is a sin, especially when it comes to family. The punishment will be brutal, and that’s what makes One Dollar an extremely funny film.After you go through our list, you’ll learn what is the best Nigerian Comedy movies. Take your time with it and enjoy what this beautiful country has to offer.