Not only it takes some time to get used to horror movies, but afterward, exactly this genre becomes one of the most popular and watched ones. Indeed, the scenario of a horror film from the previous century truly has lots of differences and changes compared to the contemporary ones. Due to the visual effects and a big imagination, Hollywood and other countries manage to create iconic and most recognizable scary and supernatural films.

We are representing the list containing TOP 10 best Free Horror movies for all time that will make you believe in the existence of supernatural creatures and ghosts around us. 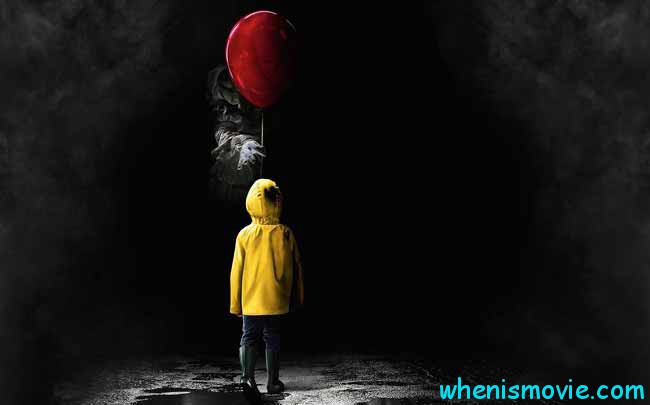 This American supernatural film follows the story of a young woman named Jessie – in the car accident that caused her fiancé’s death, she lost their baby and left wheelchair-bound. Afterward, she comes to the old house to live with her father and the house also belonged to her family but her mother died many years ago suffering from brain tumor.

The woman decides to live in her mother’s bedroom and accidentally finds the old videotapes recorded by her Mom. In the video, she gives the daughter a tarot reading and warns her about some supernatural presence in the house that wants to kill Jessie. Since then she discovers and experiences weird events happening that cannot be described rationally. But afterward, Jessie finds out she is the supernatural unwanted presence being a part of a satanic ritual made many years ago. She is an adopted child being taken to the family in order to hide multiple crimes of it.

American movie created in the “Found Footage” style. The film focuses on the main female protagonist Scarlett whose father committed suicide in the past so she has to continue what he started many years ago – to discover the legendary philosopher’s stone. The film from TOP 10 best Free Horror movies represents Scarlett traveling to Paris and looking for a group of people who would agree to go into the catacombs with her because, according to the legend, that is the only place where the woman can find what she seeks for.

It follows the man named Lockhart from the NYC going to the sanatorium located in Swiss Alps in order to find Pembroke – the man who works in the same company. Lockhart visits the “spa center or wellness center” attempting to have a conversation with his coworker but, instead, becomes the victim of a secret experiment. He also notices that people there are so dehydrated even though the staff of the center insists on drinking the water they offer saying that all the hallucinations are caused by the toxins leaving Lockhart’s body but it appears to be a trick to kill people for creating a cure for wellness.

Our list of best Free Horror movies to watch also contains this British supernatural movie about a girl being left by her mother many years ago but now she is forced to live with her again. She refuses to sleep in her house and alongside her boyfriend goes for a walk and discovers a house where the Russian witch called Baba Yaga used to live. According to the legend, you are not allowed to knock the door twice – otherwise, the evil awakens, haunts and kills you.

A psychological movie about a soul of a boy being trapped in a doll. The doll lives in the house with parents located in the UK – the parents hire a nanny to look after him – at the beginning, the nanny ignores the list of rules only to discover the doll is truly alive and won’t leave her.

Another American project belonging to the TOP 10 best Free Horror movies to watch tells about the police discovering a young girl’s dead body that is afterward sent to the doctor for the autopsy. His son makes a decision to assist him and within one night both discover the evil. On the other side of the woman’s skin both see weird symbols and it looks like the spirit of the lady is still alive.

The events are set in 1967 and focus on the woman and her daughters giving the séances to connect with spirits and ghosts of dead people – although it is just a way to earn money, the woman says it helps others to believe their beloved people who are dead are actually fine. Afterward, one of the daughters discovers the Ouija board – according to the rules, if you want to use it safely, you should “never play alone, don’t play in the graveyard and always say goodbye”. The girl breaks one of the rules and is know followed by an unknown evil spirit living inside her. She starts unconsciously making the notes but in the Polish language although she never spoke that language.

This movie from the TOP 10 best modern Free Horror films follows the writer and his family moving to a new house. Afterward, the writer discovers the set of videotapes in the attic and watches them only to discover that the family that lived in the house previously was killed by Sinister that seems like can be easily seen on the video records as a terrifying figure with dark hair and black and white face with scars.

The horror movie follows the story of a married couple helping the family to get rid of a terrific ghost of a dead woman living in their house that in the past belonged to her. They also know that the woman sacrificed her newborn child and committed suicide on her land.

One of the most iconic horror films in 2017 is definitely “It” following the events of October 1988. The film is based on the novel written by Stephen King – in the beginning, it shows the disappearance of a young boy trying to catch a paper sailboat that falls into a storm drain. Afterward, he sees a clown that, after a short talk, grabs his hand and takes into the sewer.

Nine months later, young teenagers form a special club calling it “The Losers Club” in order to stop the clown that awakens every 27 years to find and kill and eat his new victim who has to be a child. The group swears to kill the clown before he falls in hibernation and wakes up again in 27 years. Moreover, the clown feeds with the biggest fears of children visiting and terrifying them as a ghost.