Today, Turkish filmography can hardly be compared with the same Hollywood. However, it nevertheless does not lag behind it, and each time approaches the number of the most popular and high-quality products in the world market of cinematography.

Annually Turkey becomes a traditional place for holding the National and International Film Festivals. The film “Valley of the Wolves – Iraq” was recognized as one of the best blockbusters. 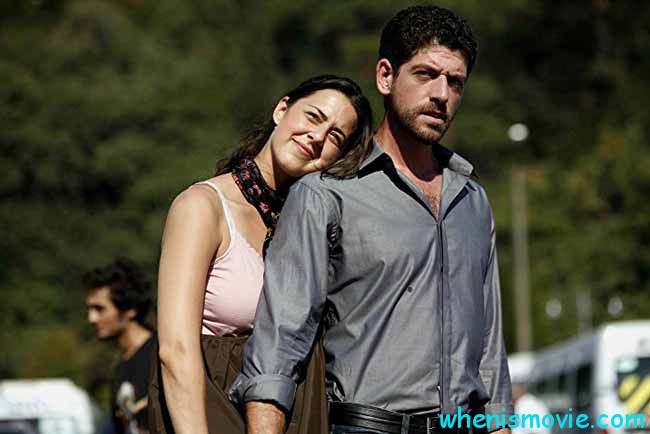 It is agoodmovie in which the author describes all the most important moments of his childhood. Events take place in Tepecik, a small village, in the 60s. Two teenagers go to work daily, which is in the city. One of them –Mehmet – works for a seller of melons. The second guy named Recep – works for an evil barber. These two guys have one thing in common – a love to cinematography. Together they visit shops, search for equipment, study books. Is it easy to create a masterpiece? Or Mehmet and Recep are wrong and too naive.

Sibel does not tend to be judicious and modest. And her Muslim nationality hunts her. The parents’ care has become too boring. Suggesting the girl about her decency gives only the bad effect. She needs to somehow get rid of the family and find freedom. But in a family where children form byseverity, this is simply not possible. And Sibel gets acquainted with Cahit. He often visits the bar, where she is also a frequent visitor. The girl offers a deal to a local man. She decides on a fictitious marriage with this man, and all for the sake of finding peace of mind. Cahit rescued her. Now he is her legitimate husband. But can she not fall in love with him?

Love for fig jam is in the TOP 10 best modern Turkish films.

His name is Metin. He came from Izmir and now writes sketches for a TV show. His dream is to write a screenplay for which the film. Her name is Duygu. She is 25 and she was born in Istanbul, she does not have brothers and sisters. She loves her company and fig jam. Her dream is to become immortal. Their fates will intertwine.

The film takes place in the summer of 1980. Ozan is a ten-year-old boy who spends his summer vacation at a dacha located on the seashore near Izmir. But he not only rests at this time but also earns money in the shop of his grandfather Mehmet, who is the eldest of the local community. Everyone respects him, but sometimes Ozan hears that his grandfather is not a real Turk, but a “Cretan atheist.” The boy does not like this and he constantly conflicts with the elders. Soon the grandfather, in order to clarify the situation, tells his grandson that he was born in Crete, but in 1923, when he was eight years old, returned to his homeland during the post-war exchange of the population. He has long dreamed of visiting the places where he was born and raised, and once decides to arrange a trip for the whole family. All the necessary departure documents have been received, but the plans are changing dramatically since a coup d’état suddenly begins in the country…

We all know that man was created to be happy and unhappy, for the reason that he needs to live and then die. We want to present you two lonely beings Isa and Bahar, who directly depend on the changes of the time. They are constantly in pursuit of happiness, which they no longer belong. They cannot understand their feelings and all the time they cry.

It is the Golden Mean of the TOP 10 best Turkish movies for all time.

The main heroine is Dilber – a girl who lives in a poor village in the southeast of Turkey with her parents, brothers, and sisters. Dilber dreams of marrying her childhood friend and long-time boyfriend, Ali, but the father of the boy chooses another bride for his son. And then Dilber decides to take a desperate step – publicly she declares that she will marry the first one who will ask her. Having just arrived in the village Mehmet learns about this andgoes to Dilber.

They say that love comes when you do not expect it at all, that love loves accidents and settles in the hearts of people, changing their lives forever. So the childhood friends Deniz and Ozgur, whom fate brought together in the hospital, did not suspect that something wonderful was waiting for them. From an early age, the boy Ozgur sympathized with the girl Deniz. Fate constantly split them apart, then again brought them together until one day they again met in Istanbul.

Both have grown up and turned into beautiful young people. Ozgur followed in the footsteps of his father and became a successful photographer, and actress Deniz makes a career in film. It would seem that in life both have a favorite pastime, plans for the future and people with whom these plans are connected, but a sudden encounter and memories from childhood help to realize Deniz and Ozgur that they love each other.

Alper is a gourmet, a gifted chef, and owner of his own restaurant. He is over 30, he loves a smart life, in business is successful, but in his personal life, he does not have stability. He is locked in a triangle of cooking and one-day relationships. But one day his life course changes in one of the lanes of Beyoglu, in the bookshop, where he went to find one old record.

Ada under 30, she creates children’s clothes. She is a beautiful young woman and, unlike Alper, she leads a modest, calm life. One day in search of a rare book, she enters the same bookshop as Alper.

The beauty of Ada makes an indelible impression on Alper and he begins to follow it. He finds a book that Ada needs and, writing his phone number on the first page, passes the book to the girl, using it as an excuse for dating. With this book, the passionate love of Alper and Ada, which is a novelty for both of them, begins to give the first signals. Alper cannot escape from the usual circle of free life but tries to find in it a place for Ada.

Little Deniz lost his mother at the time of his birth. This was in 1980, during a military coup in Turkey. Now Deniz is eight years old, he goes with his father to the countryside to his grandfather, whom he does not know. The matter is that there was a conflict between father and grandfather. The reason was son’s choice to participate in political affairs. However, many young people of that time acted exactly as Deniz’s father…

It is the leader of the TOP 10 best Turkish movies for families.

The truckdriver Ilyas has a young wife Asya and a small son Samet. They are brought together by love and split apart by jealousy, alcohol and long absences of Ilyas. Once he disappears completely. After a long wait, Asya accepts the feelings of the charming Cemsit. Samet calls him father. But Ilyas suddenly returns to the abandoned family…

Hope it answered the question – what is the best Turkish movies?