Do you believe in the existence of a Bigfoot? Directors answer this question in different ways, someone approaches it with irony, someone is sincerely convinced of its existence, and someone simply shoots fiction. Anyway, but the movies about the snowman – it’s always interesting, and primarily because everyone presents it in its own way.

We are glad to present TOP 10 best Bigfoot movies to watch. 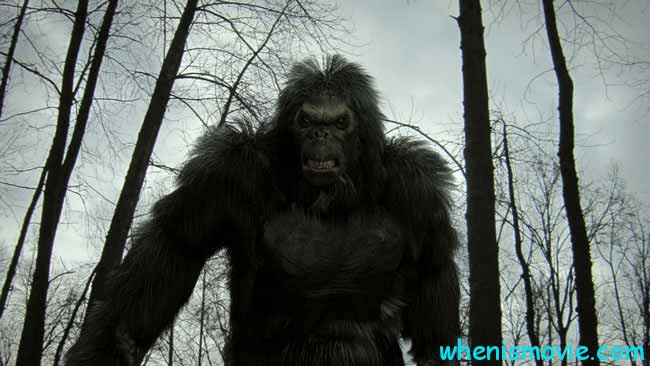 Many people have heard of the existence of a mysterious creature called Sasquatch, but the science does notconfirm its existence. But 11-year-old girl Pia and her younger sister were lucky to get acquainted with a unique creature called Yoko. The lovely shaggy creature was forced to leave its native snow-capped Himalayas because of an illegal hunter who is engaged in catching and trading various kinds of animals.

But Yoko has some magical powers, so it easily escapes and finds itself in a nice little house on the tree that belongs to Pia. But it is not easy to hide Yoko from her mother and other people because it loves to play pranks. And at the same time, the hunter is searching for the missing creature. Together with friend Lucas and her sister, Pia has to rescue Yoko from people who absolutely do not wish it good.

Lost Coast is a remote area on the California coast, where, according to numerous rumors, a legendary Bigfoot lives. The team of young TV-men is going to find out how truthful these rumors may be. They take a video camera with them and go to meet with a certain man, who lives in this forest area and claims that he managed to find a body of Sasquatch in the forest. After such a bigannouncement, young journalists head to the location in order to learn all the details of this story. After theirarrival, journalists immediately began to encounter many strange things. Friends did not even suspect what a bloody nightmare awaits them ahead.

Bigfootinfestation is in the TOP 10 best modern Bigfoot films.

The sheriff of the small town finds confirmation of the ancient legends claiming that the district was inhabited and is inhabited by a deadly creature that no one has ever seen and that periodically commits murders. Now the sheriff and his team will have to fight with the Bigfoots!

Almost all people in this world want to be famous. So our heroes, two brothers and their friend decide to go their way to fame. They gather, take their video camera, and go to the snow-covered California forests to find and shoot a video about a snowman. When they find themselves in a small town near the forest, they find a guide who knows the whole forest and its most remote places. A young company does not pay attention that their new companion is a strange guy. He will lead them to fame or turn the company’s stay in the forest into a real horror. Our heroes will find out it later.

A film is about the opposition of a group of people to an ancient monster, an analog of a Bigfoot. In the center of the story are former rock musicians Harvey and Simon, competitors in the musical world in the past and enemies in the present. Harvey, being a DJ in the city of Deadwood, plans to organize a large-scale rock festival, which, in his opinion, will have to diversify the gray life of local residents. Simon is against all the ideas of his rival. For the construction of the stage of the future Harvey event, it is necessary to organize a forest cutting surrounding the city. From this moment events take an unexpected turn – the actions of the musician lead to the awakening of Bigfoot living in the forest wilderness. Enraged Bigfoot becomes a threat to the city.

The middle of the TOP 10 best Bigfoot movies for all time.

Those who already have everything in life are often in search of athrill, but the greatest interest among various millionaires and philanthropists is the search for ancient treasures hidden in the most remote areas of our planet. One of such adventurers is Mills, who employs two professional researchers. The customer instructs the guys to find the ancient script, which will reveal the details of the location of these treasures.

The long-lost book keeps on its pages details of the location of huge riches, but the artifact points to a place lost in the snow-capped mountains. Judging by rumors, one of the groups of people who went in search of treasure, was stuck somewhere in the snow and people reported that they could not pass strange polar bears, although, in fact, the creatures are far from the standard image of bears.

In 1972, an expedition of three people disappeared without a trace in the Himalayas. Thirty years later, in the same area, a plane crashes with a football team on board. Survivors are among uninhabited mountain peaks, without provisions and connection with civilization … But this is not the worst thing. They will meet with the one who caused the disappearance of the three climbers. This is the fearless monster Yeti. It turned out that this mythical monster actually exists!

In the plot of the comedy film after the death of his father – the famous leading popular TV show Strange Wildlife, a young guy Peter is forced to continue his business and carry on the show. Frankly, the guy is very bad at it: the new releases are not liked by spectators, the ratings of the show fall, and the TV channel threatens Peter with the closure of the program.

Together with his eccentric colleagues, Peter goes to the highlands of South America to shoot a masterpiece about a snowman that will drive the audience mad and raise the ratings of the program. In his journey, the company is experiencing a lot of funniest adventures, ridiculous situations.

A snowman was caught by the inhabitants of one of the villages of the Urals caught in the taiga. To film the movie about the Yeti, a correspondent from the television Larisa Debomonova comes to that village. However, the snowman kidnaps the girl and takes her with him to the taiga. Eventually, after communicating with him, Larissa begins to understand his speech. At the beginning, the Yeti introduced himself as Abrashka, although he liked more that she called him Vanya. He even introduces the girl to his parents. As it later turned out, the snowman has a wife named Jeanne. Jeanne is not enthusiastic about her husband’s new girlfriend. Vanya is very upset that his wife cannot give birth to a child. Therefore, the Yeti asks Larisa to give birth to his son.

The first place of the TOP 10 best Bigfoot movies for families.

They are in existence longer than the human race. They have adapted to survive in the most difficult conditions. They hide high in the mountains, hiding from human eyes for several millennia. You think that this is just a legend, but you are mistaken…

Hope it answered the question – what is the best Bigfoot movies?