Documentary movies, thrillers, mysteries, horrors and dramas are great and all, but you’ll probably never watch any of those genres with your kids, simply because they’re not intended for the younger audience. And that is exactly why you need our TOP 10 best English movies for Family 2017 to watch list – it comes with the best films of the year that you can enjoy with your wife and children. Ready to have a great time with your family? 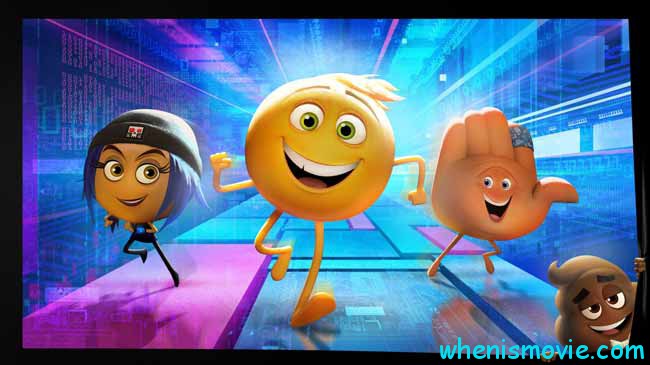 It’s safe to say that you can’t ever go wrong with a Lego movie. All the kids love it, and if your boys and girls are fans of the DC universe (or comics in general), this one will be right up their alley. Batman is used to fighting crime in his city on his own, without any help, but when The Joker attacks Gotham with everything he’s got, the Dark Knight is forced to ask his friends for help. He can’t beat the villains in an open confrontation, and that is why he turns to the League Of Justice teammates. Working with others has never been Bruce’s first choice, but he’s ready to do whatever it takes to keep his city safe and sound.

Tripp, an overzealous and bright-minded young fella, is bored out of his mind and can’t find a place where he belongs in his small town. He dreams of building a beast-of-a-car and leaving his tranquil life behind; yet, he doesn’t really have the parts required for a proper monster truck. But when a peculiar creature finds shelter in his garage after it gets separated from its home, the two turn into friends and decide to help each other. The creature has the ability of powering the truck and turning it into an off-road king and it agrees to be Tripp’s engine long enough for him to escape the townlet and for it to find its way back home. Of the TOP 10 new English Family movies 2017, Monster Trucks is a great adventure!

True, the Batman VS. Superman blockbuster that came out last year wasn’t really great for a nice family movie time, as it was dark, grimy, and – to be honest – boring. Justice League, in turn, is shaping up to be quite the crowd pleaser and the creators are promising more fun, humor, and better action scenes. If your kids and wife love superhero movies, they’ll most definitely appreciate this one. The better half of the DC Universe will be featured in Justice League, including the Dark Knight, Wonder Woman, The Fastest Man Alive, and others. Only if they join forces will the members of this legendary team be able to beat the dark forces of the Universe.

It’s a known fact: every kid out there LOVES the Star Wars franchise, and, given the fact that the last two movies were pretty great, the expectations for The Last Jedi are higher than ever. Rey is back, and she’s got Skywalker himself on her team. She’s grown from an inexperienced and frightened girl into a courageous young woman, and, together with her trusty friends, she’s going to leave an even greater mark on the whole Universe. Put the latest Star Wars on your list of TOP 10 English Family movies 2017 if space operas are your cup of tea. If not, well, it’s never too late to familiarize yourself with this global phenomenon. Let the Force be with you!

Your friendly neighbor Spider-Man is one of the most iconic Marvel superheroes of all times, and if you love comic books, then you’ve probably read about him or watched a movie/series back when you were a little kid yourself. Now, the franchise is set for a fresh new start and Tom Holland is portraying the legendary Spidey. With a little bit of help from Mr. Stark himself, the young hero will have to learn what it means to make sacrifices for the Greater Good and be able to stand strong against the fiercest villains of your city. Peter is just a student, with little to no experience with all that superhero stuff. It’s time for the boy to prove Ironman was right to believe in him!

The new Pirates are rated PG-13, so, if you’ve got a bunch of teenagers in your family who love Sparrow and his exciting adventures, make sure to mark May 26 on your calendar. Jack is back, and, instead of enjoying life somewhere on a remote island where trouble can’t find him, he deliberately puts himself right in the middle of a life-or-death kind of a situation: the man is searching for an ancient and incredibly powerful artifact, but, as it soon turns out, he’s not the only one who wants to own it. There’s an entire pirate crew on his tale, and if he fails to outsmart them all, his head is gonna be on a spike soon. If you’re planning to watch TOP 10 English Family films 2017, check Dead Men Tell No Tales out.

Kids of all times and ages are big fans of action/adventure/fantasy movies, and the brand-new Kong blockbuster is perfect for a great family time together at the theater. Conrad, an ex-SAS operative, and Mr. Randa, a man with the authorities, have a new assignment: to explore a recently discovered island that is believed to be home to some unknown tribes. A team of elite American soldiers accompanies them on this mission, but nothing could’ve prepared them for a brutal attack by a gigantic ape – Kong. The group gets stranded, and the remaining few, including the SAS captain and Randa, must do the impossible – survive.

This movie if for the little ones, the baby boys and girls that are nowhere close to PG-13: the story follows an evil school principal that nobody loves. He’s mean and scary, and that is why two gifted students decide to turn him into a comic superhero. They hypnotize him and make the poor fella think that he’s a valiant hero. He puts on a pair of ridiculous underwear, a funny cape and goes out there to fight the villains and save the city. But what’s going to happen when the spell wears off? Captain Underpants is the funniest pick from the TOP 10 latest English movies for Family 2017 release list.

Lightning is back, and he wants to be #1 on the racetrack again. The new kids on the block claim that his days of glory are in the past and that there is no place on the track for old timers like him. But, McQueen is a dedicated racer, and he’s ready to put those extra miles in just to prove that he still has what it takes to be the fastest and the smartest. With the help of Hudson Hornet, a true legend, he decides to make a buzz-worthy comeback.

This bright and beautiful animated movie follows the story of Gene, a unique Emoji that has more than one expression at her disposal. Ever since she was a child, the population of Textopolis has been telling her that it’s wrong. So, she asks her best friends to assist her in a journey towards getting rid of this curse. But, somewhere along the way, she realizes that it’s not a curse but a gift. Will she be able to use it for the Greater Good?

Alright, that was our wonderful TOP 10 popular English Family movies in 2017, list, ladies and gentlemen!