The films about multiple disasters, whether they are related to the natural reasons or the ones caused by the human itself, always wake up that surviving instinct while watching. It is also interesting to look at different situations and come up with the ideas of how to survive particular situation or problem the characters of any disaster film have.

Today we are counting down upcoming projects of that genre representing you the latest TOP 10 best new Disaster movies 2018 – in fact, there are just a few disaster films coming out in 2018 so, alongside them, we are making a bit of retrospection remembering the spectacular projects that were released a few years ago.

At the beginning of the film, the plot focuses on a young teenager and his obsession as he is taking the astronomy class at the school he attends. One day he notices an unusual object right next to Mizar and Alcor and informs his teacher about what he saw. The teacher informs well-known and respected astronomer about the object – the last says it is a comet that can cause the extinction on Earth in just a year or so.

In a year, the president makes an official announcement and informs the citizens of NYC saying that the size of the comet makes it capable of vanishing the whole city from the map. Cooperating with Russia, NASA builds special spacecraft in the orbit in order to destroy the comet before it reaches the Earth. However, they don’t succeed and it seems like the whole population is in big danger being on the verge of extinction. 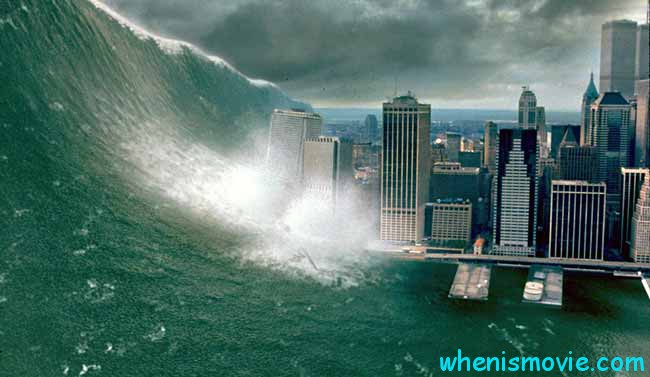 Another project from the TOP 10 best recent Disaster movies represents the story of multiple immigrants and lost people in the near 2027 that have been left by the rest of the society.

This iconic film is about a sudden meteor shower that experience people living in the United States. According to the provided by NASA information, a massive asteroid will collide Earth in less than twenty days. Therefore, NASA makes a decision to destroy the asteroid inside by splitting its body into two pieces that are, as the result of the actions, supposed to fly past the planet.

In order to fulfill this task, they make a hard decision to invite best oil-driller (portrayed by Bruce Willis) that has the experience they need and which is supposed to help them save the world. Instead of accepting the help of best NASA workers, the man insists on having his owncrew to work for the organization – moreover, the whole crew asked for several awards in case they succeed.

Everything is possible on the list of best Disaster 2018 – the mentioned film focuses on the life of the family that gets split up due to the huge disaster they experience on the holidays in Thailand as the massive wave covers the hotel and the whole place. The movie is based on the real events from 2004 tsunami and earthquake in the Indian Ocean the real family experienced.

James Franco is having a huge party or Welcome to the end of the world! The plot focuses on the huge party organized by well-known American actor Franco at his own big and luxurious house in Hollywood where he invited all the American stars. Franco is later introduced to two guys coming to the party and all three have fun with the rest of the guests but suddenly all the people feel the ground shaking under them. Soon after they realize it might be an earthquake but after leaving the house and running outside they see several beams coming down from the sky and sucking all the people up there.

Meanwhile, there is a huge hole opens in the backyard of Franco that swallows all the Hollywood celebrities and there are only a few guys who managed to survive. Afterward, they run into a house and see on the news that Los Angeles has experienced the biggest earthquake ever and that is recommended to stay in the house. The boys take all the supplies, ration system, and all the necessary stuff and make a common decision to wait for help.

Another movie being the part of our TOP 10 best Disaster movies of 2018 to watch is about two people that unexpectedly fall in love as there is an epidemic disease spreading all over the world and causing the potential extinction of humankind. People just begin losing their sensory perceptions as the disease has a negative influence on the sensory nervous system.

Everything starts with a woman returning from a business trip and suddenly catching a cold. When she returns home to her son and husband, the first one seems to have similar symptoms and is sent home right from the school. Suddenly, the condition of woman worsens and just in a few days she dies. And so does her son. Her husband realizes he may be immune to the disease that keeps spreading all over the world and is believed to be dangerous bioweapon created to extinct the humankind. And all he can think about is saving the life of his daughter hoping she has inherited similar immune system.

This film from the TOP 10 best modern Disaster films 2018 represents the story of a man trying to save his family in the middle of a sudden zombie apocalypse.

In the near future the humankind can easily control the weather with the satellites created in order to avoid the kind vanishing from the planet due to the recent global warming aftermath – but in this film, everything is not under our control and it seems like only one man can save the world. Gerard Butler portrays a satellite designer who returns to his duties in order to fix the satellites and prevent the biggest disaster.

Answering the question, what is the best Disaster movies in 2018, The Rock gives us the best film ever created about natural disasters. It follows successful and respected pilot working for local LA fire department air rescue that is in divorce with his wife but still in good relationships with her and her new husband. He also has an adult daughter but has no idea that following events will reunite his family again. Meanwhile, a professional seismologist and his crew experience a huge earthquake that kills many people and it seems like this is only the beginning of what is supposed to change the lives of the characters.